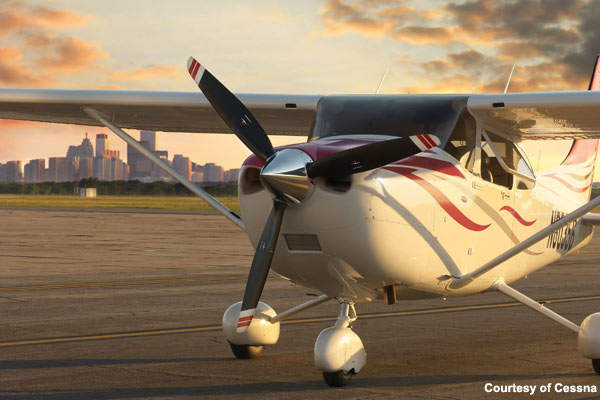 The Skylane 182T is powered by a Lycoming IO-540-AB1A5 single-piston engine. 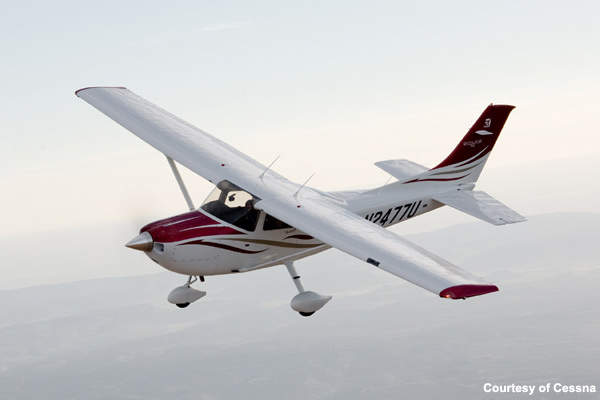 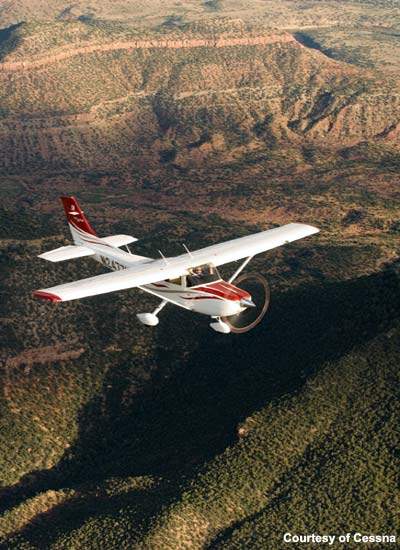 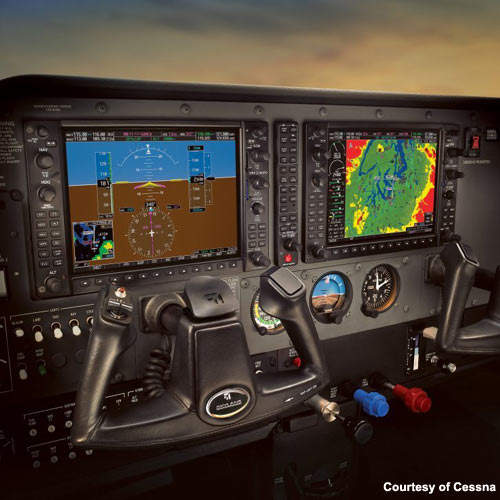 Skylanes are available with the Garmin G1000 glass cockpit, which provides all primary flight, engine and sensor data in real time. 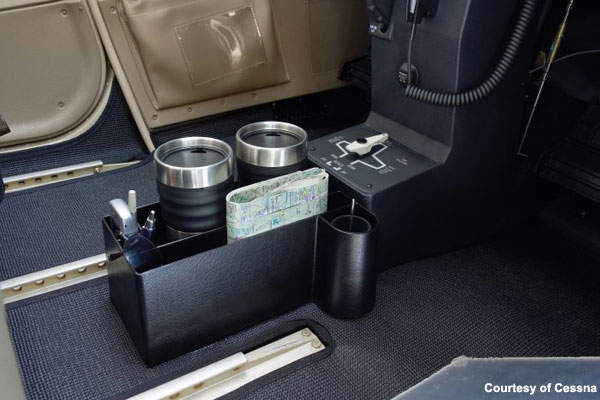 The interior of the Cessna Skylane utility aircraft.

Following the passing of the General Aviation Revitalisation Act in 1994, which allowed Cessna to manufacture single-piston-engine aircraft again, Cessna began to plan for the manufacture of Skylanes, Skyhawks and Stationairs.

The new Skylane prototype flew for the first time in July 1996, with the first production model being delivered in January 1997.

Cessna 182 models are in service with the US Civil Air Patrol as a platform for search and rescue satellite digital imaging systems and have been operated by defence forces in Argentina, Belize, Canada, Guatemala, Lesotho, Peru, Uruguay and Venezuela.

The Skylane is a four-seat aircraft and can operate with one or two pilots. The aircraft is most commonly used for personal use / light sport, small business use and as a trainer; Cessna has nearly 300 Cessna Pilot Centres (CPCs) worldwide.

The Skylane is certified to the requirements of US FAA Federal Aviation Regulation Part 23 through amendment 23-6, including day, night, VFR (Visual Flight Rules) and IFR (Instrument Flight Rules). Enhancements for the aircraft include stainless steel control cables and all-body epoxy corrosion proofing.

"More than half the general aviation aircraft flying today are Cessnas."