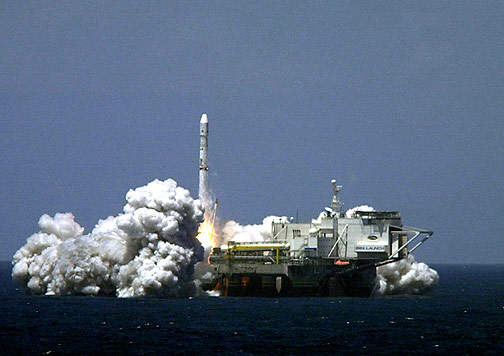 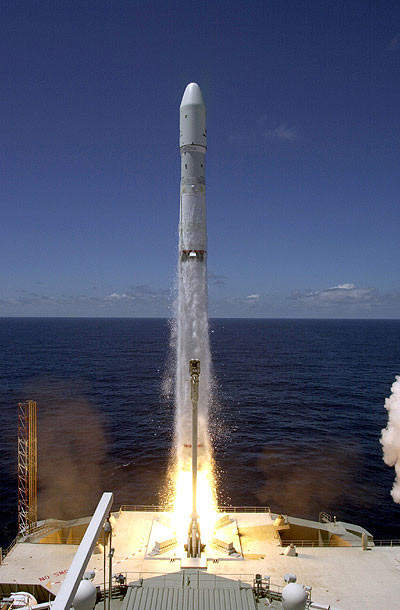 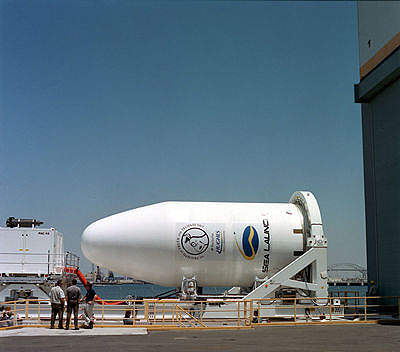 PAS-9 Satellite being transferred from the Payload Processing Facility. 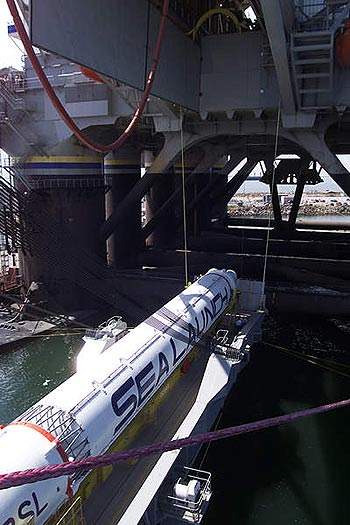 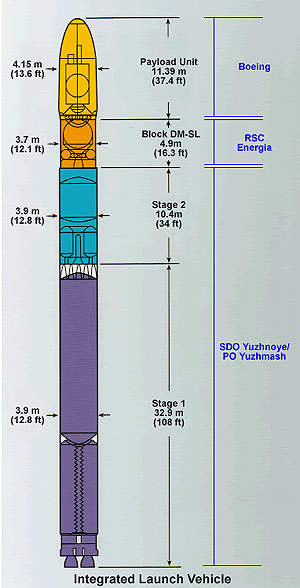 Over a period of five years, the Sea Launch partners have formed a combination of aerospace and marine technology to provide a satellite launch service that maximises payload capability, extends spacecraft life and delivers injection accuracy.

The concept is to launch commercial satellites into orbit from a platform at sea. The payload processing has been planned to be accessible and user friendly, with automated launch operations. The platform has an all-inclination launch capability.

The Sea Launch rocket and space system is designed for launching multi-purpose spacecraft into low Earth orbits, including high circular orbits and elliptical orbits. These launches are carried out from an offshore platform using the integrated launch vehicle Zenit-3SL with upper stage Block DM-SL.

The launch support involves the use of relay satellites. The following operations are performed during launches: transportation, storage, pre-launch processing of the launch vehicle and the payload, launches themselves and mission control.

Launch operations begin at Home Port in Long Beach, California, where the satellite is received. Following the fuelling and encapsulation of the satellite in the payload processing facility, the integrated payload unit is transferred to the Assembly and Command Ship for integration with the launch vehicle.

While at Home Port, the horizontally-integrated rocket is transferred to the launch platform, where it is stored in an environmentally controlled hangar during transit to the equator. Two ships form the marine infrastructure of the sea launch system. The first is a custom-built assembly and command ship (ACS) and the second is the launch platform (LP). Both vessels are equipped with spacecraft handling and launch support systems.

The ACS is a specially designed vessel that serves as a floating rocket assembly factory whilst in port, provides crew and customer accommodations and also houses mission control facilities for launches at sea. The ACS is 660ft long, and approximately 106ft wide. It has a displacement of more than 34,000t and a cruising range of 18,000 nautical miles.

Customer spacecraft are processed in the specially designed payload processing facility. Here, the payload, typically a large telecommunications satellite bound for geostationary orbit, is loaded with fuels, encapsulated within a payload fairing and prepared for mating with the sea launch rocket.

Launch command and control is located on the ACS with special units of operations for English-speaking and Russian-speaking launch teams. Operations are managed in two-way translation services. All countdown launch, and telemetry and tracking data are observed and directed from this centre.

Boeing manufactures the payload fairing, is responsible for analytical and physical spacecraft integration and manages overall mission operations, including those at Home Port.