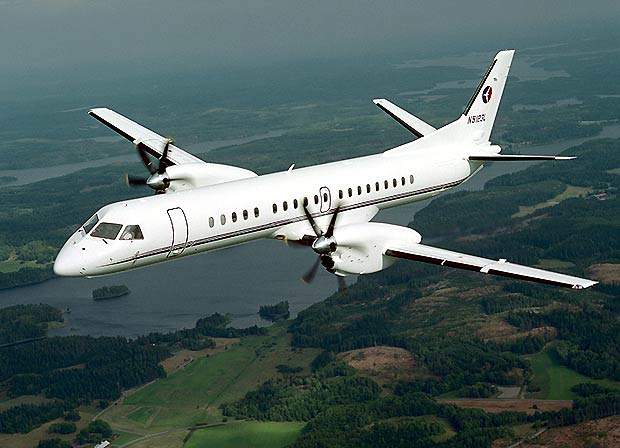 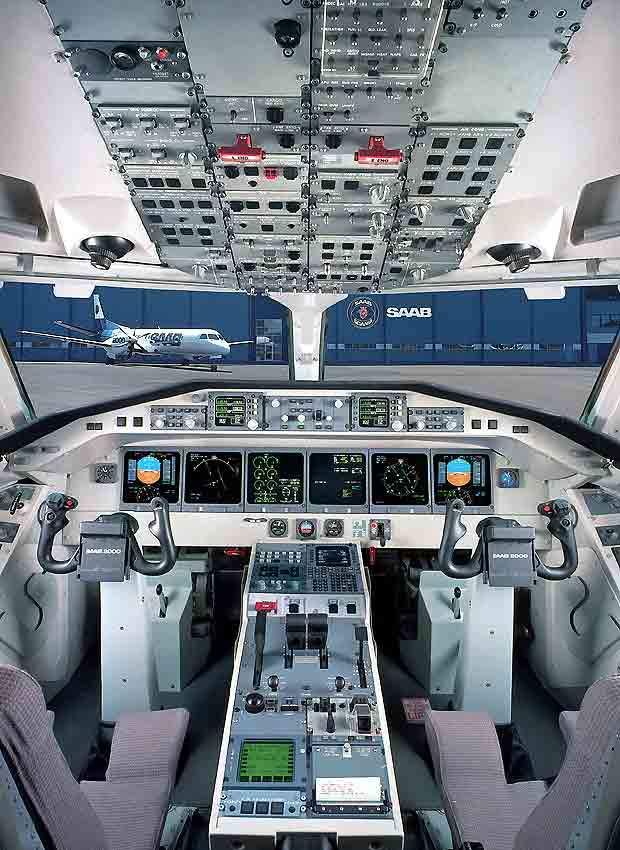 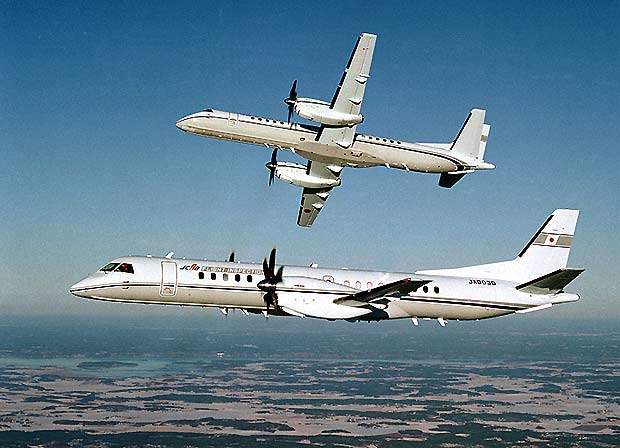 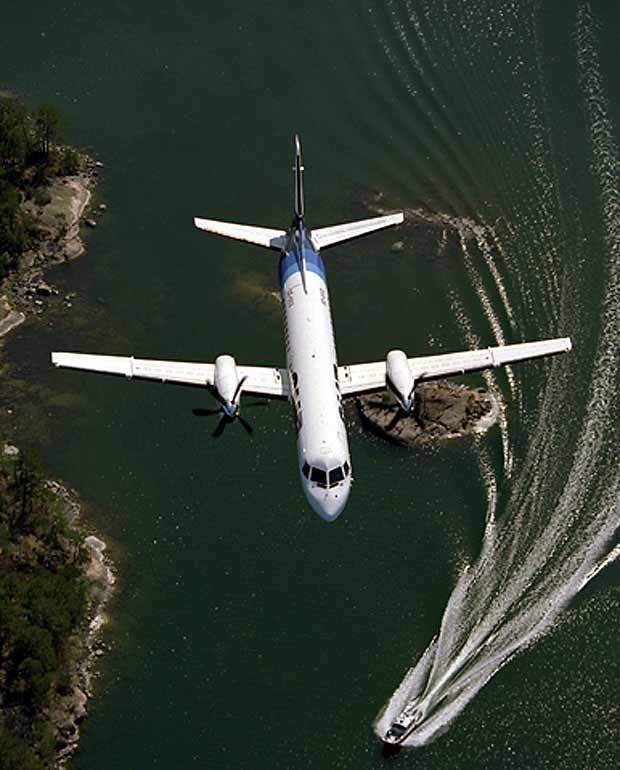 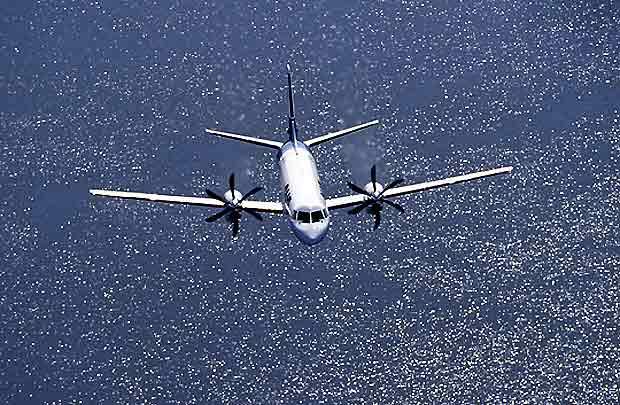 The aircraft is powered by two Rolls-Royce Allison AE 2100A turboprop engines. 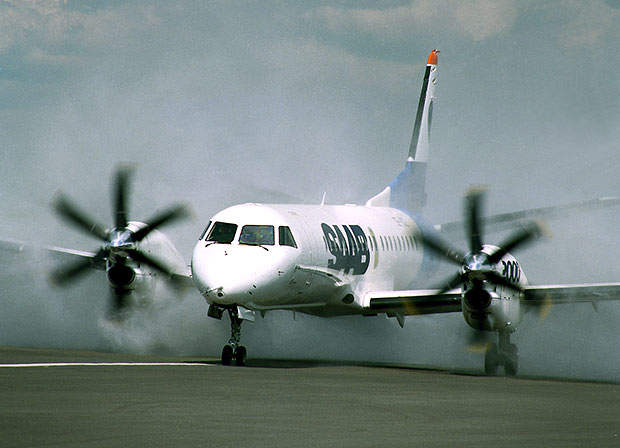 The six-bladed propellers are constant speed with auto-feathering and reverse pitch. Shown here during water testing.

The Saab 2000 regional transport turboprop aircraft was developed by Saab Aircraft of Linköping, Sweden. It first flew in March 1992 and entered service with launch customer Crossair (now Swiss) in 1994. There are 60 Saab 2000 aircraft operational worldwide in France, Ireland, Italy, Japan, Lithuania, Marshall Islands, Sweden, Switzerland and USA. Production of the aircraft ceased in 1999.

The maximum cruise speed is 370ktas (knots true airspeed), 685km/h and the maximum range is 2,868km. The high-speed performance allows airline operators to interchange fleet timetables with jet aircraft on 500nm routes. The aircraft can carry 50 passengers to destinations over 1,000nm in a flight time of three hours.

The Saab 2000 AEWC aircraft is being developed as an airborne early warning and control variant equipped with a spine-mounted Saab Systems Erieye PS-890 side looking reconnaissance radar.

The Saab 2000FI is a flight inspection mission aircraft developed for the Japan Civil Aviation Bureau.

In June 2006, the Pakistan Air Force placed an order for six Saab 2000 aircraft to be fitted with the Saab Systems Erieye radar. The aircraft will be used for Airborne Early Warning (AEW). The order was reduced by an undisclosed number of aircraft in 2007. In October 2007, Thailand selected the Saab 2000 Erieye AEW aircraft. Two aircraft are required.

The aircraft is equipped with a Rockwell Collins Pro Line 4 avionics suite with integrated avionics processor (IAP), an engine indication and crew alerting system (EICAS) and a traffic alert and collision avoidance system (TCAS). The flight control systems include an Attitude Heading and Reference System (AHRS) and a Digital Air Data System (DADS).

“The Saab 2000 AEWC aircraft is being developed as an airborne early warning and control variant.”

The aircraft is powered by two Rolls-Royce Allison AE 2100A turboprop engines, each rated at 3,096kW and fitted with Lucas Aerospace Full Authority Digital Engine Control (FADEC). The engine cowlings are manufactured by Westland and Hispano-Suiza.

The six-bladed Dowty propellers, type R381, are constant-speed propellers with auto-feathering and reverse pitch. The blades are fitted with electrical de-icing.

A Sundstrand auxiliary power unit provides power for engine starting and for the air-conditioning system.