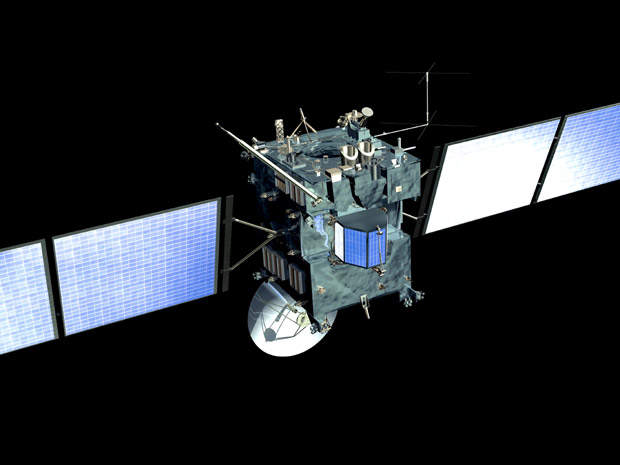 Rosetta is ESA's attempt to fly a probe to a comet and study it. 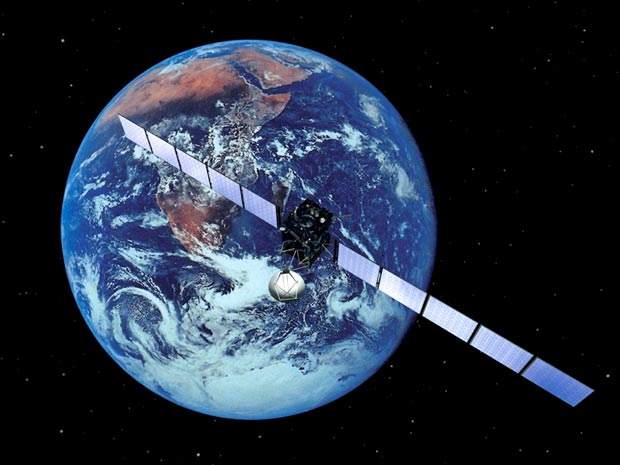 Originally due to launch in January 2003, ESA's Rosetta mission was postponed after the entire Ariane 5 fleet was grounded. 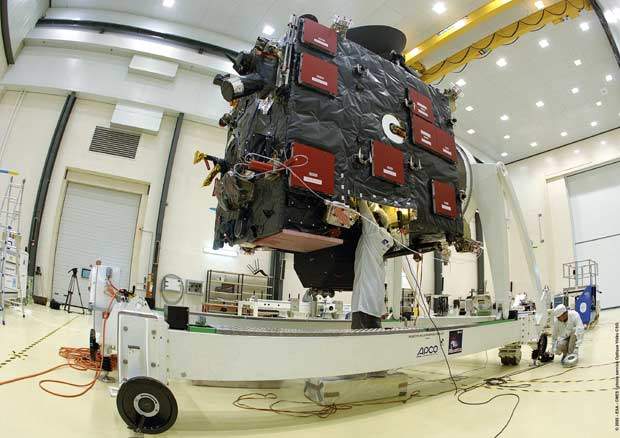 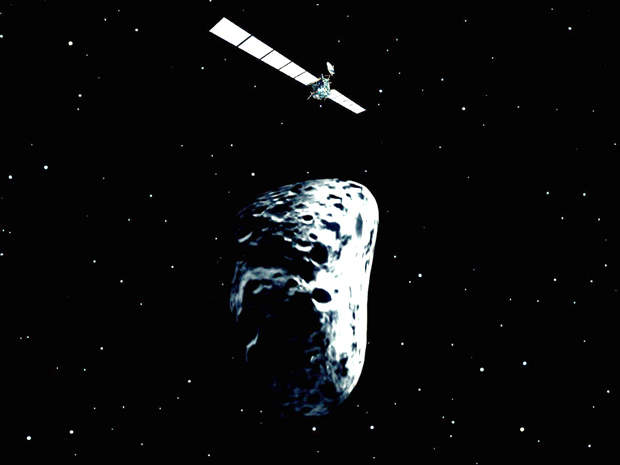 Once the spacecraft arrives at its target, the lander will detach itself and land on the comet. 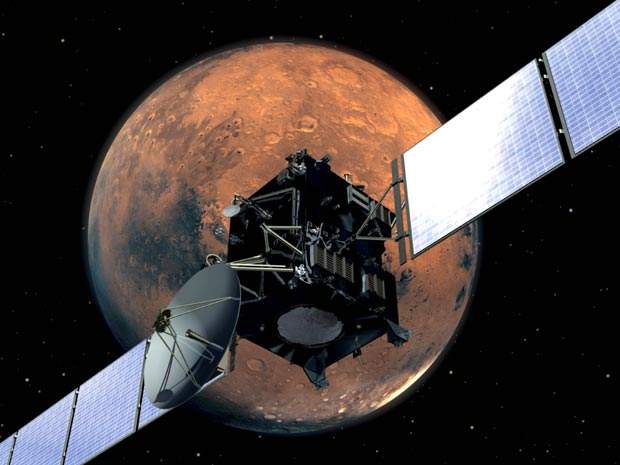 The original mission for Rosetta involved gravity assists from Mars and Earth. 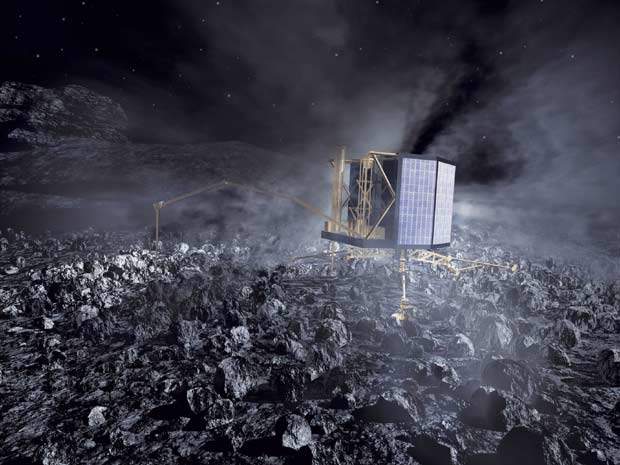 The Rosetta lander houses nine scientific experiments to study the composition of a comet. 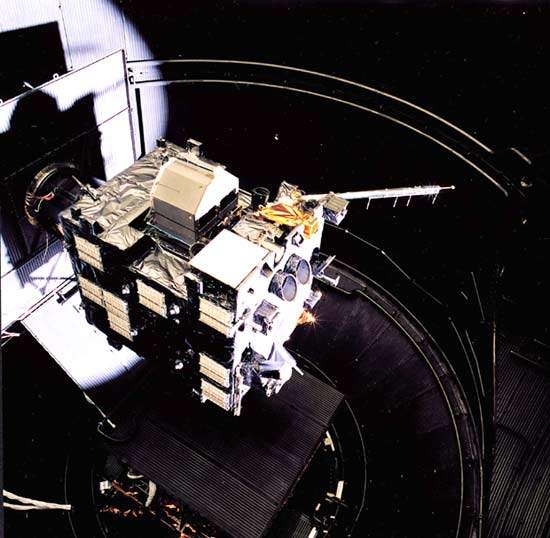 The Rosetta team involves more than 50 contractors from 16 countries. 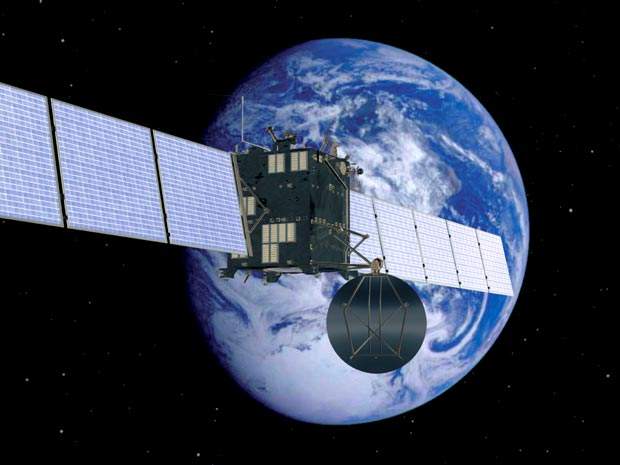 Rosetta will send data back to Earth and be controlled via its steerable high-gain antenna dish. 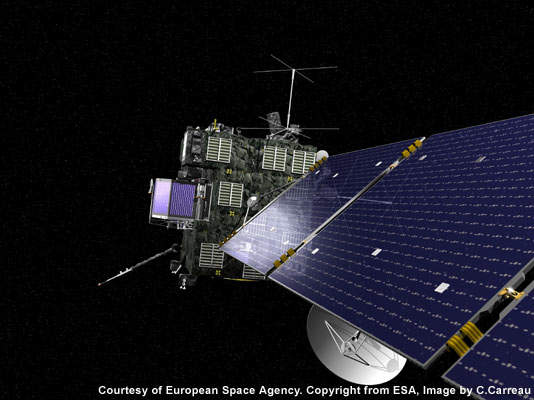 Artist's impression of the Rosetta orbiter as it flies by asteroid Steins. 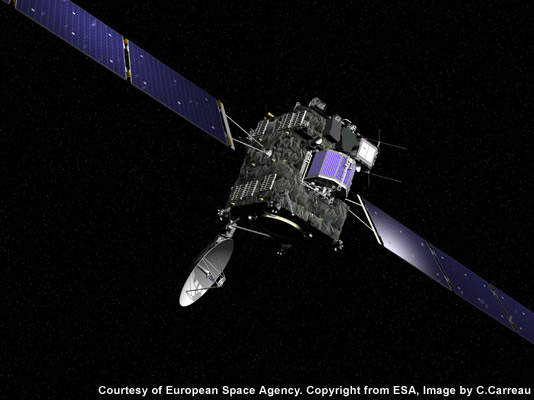 Rosetta has orbited the Earth twice and Mars once. 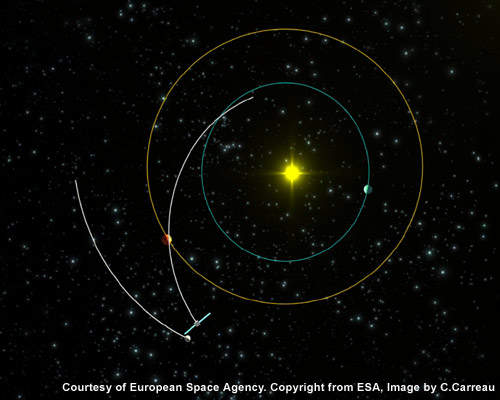 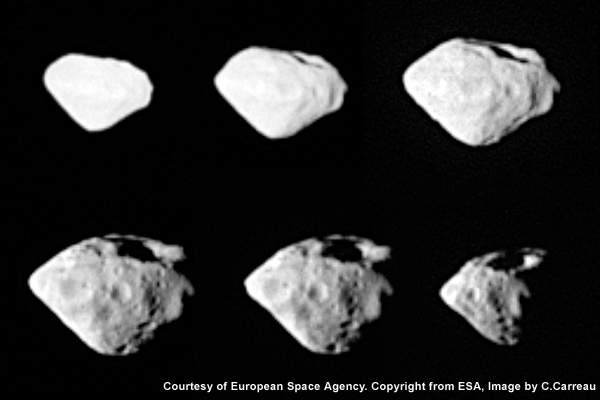 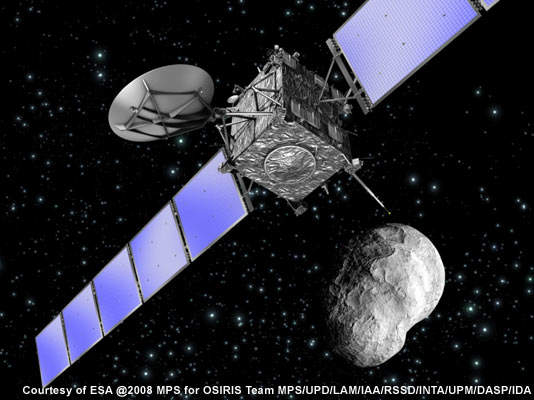 The Rosetta mission was eventually launched in March 2004. 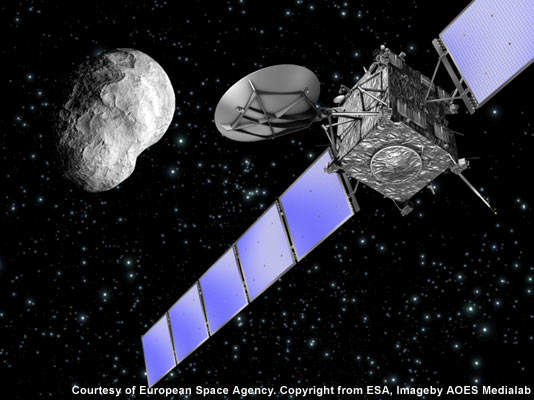 Originally due to launch in January 2003, European Space Agency’s Rosetta mission was postponed after the entire Ariane 5 fleet was grounded. It therefore missed the window for a rendezvous with its original target, Comet 46P/Wirtanen, and was placed in storage until another target was decided upon.

The mission was eventually launched in March 2004. It was launched as Flight 158 by Ariane-5G rocket from Kourou, French Guiana, to engage with comet Churyumov-Gerasimenko in 2014. The mission also performs experiments and relays the results to Earth stations through orbiter.

The experiments include monitoring electrical and magnetic properties, finding chemical and physical compositions, capturing macro and micro-size images of the comet with cross coupled device (CCD) cameras installed in the spacecraft.

Rosetta comprises a large orbiter, which was designed to operate for a decade, and a lander. Each of these components carries a large array of scientific instruments that will perform the most extensive study of a comet to date. The orbiter will revolve around the comet from 1km distance examining the nucleus and environment of the comet.

"Originally due to launch in January 2003, ESA’s Rosetta mission was postponed after the entire Ariane 5 fleet was grounded."

Expected to reach the comet by 2014, Rosetta will be the first mission to revolve around the comet’s nucleus and deliver a lander to its surface. The spacecraft will be located at a distance of 600 million kilometres or 4AU (astronomical units) from the sun upon reaching the comet.

The Rosetta orbiter is a 2.8m × 2.1m × 2m box with a payload support module, which houses the scientific instruments, mounted on the top and a bus support module, housing the subsystems, on the base. Two sets of solar panels with 14m length having an area of 64m² extend from the side of the craft and a 2.2m-diameter steerable, high-gain antenna dish sticks out from the front. The lander is attached to the back of the orbiter. The two solar panel wings rotate at ±180° to capture the maximum sunlight.

The main propulsion system is inside the Rosetta orbiter. Two large propellant tanks, one containing fuel and the other oxidiser, are mounted around a vertical thrust tube. In addition, 24 bi-propellant 10N thrusters provide trajectory and attitude control.

The Rosetta lander is primarily made of carbon fibre with solar panels covering the hood that houses the instruments and subsystems. The lander carries nine experiments and relays the results back to Earth via the orbiter.

Once the orbiter arrives at the target comet, the lander will self-eject and unfold its three legs, which can return the lander to an upright position should it bounce or land incorrectly. The lander will then fire a harpoon into the comet, anchoring it to the rock and allowing it to begin its experiments.

Throughout the Rosetta mission the orbiter will be controlled from the European Space Operations Centre (ESOC) in Darmstadt, Germany. It will also beam back results of the experiments to ESOC via ESA’s new 35m-diameter deep space antenna at New Norcia, near Perth in Western Australia. Signals are transmitted and received in two radio frequency bands: S band (2GHz) and X band (8GHz).

Since the orbiter will be out of radio contact for, on average, 12 hours a day, Rosetta features a 25Gb solid state memory in which it will store scientific data ready for beaming back to Earth at the next opportunity.

The orbiter hold 11 scientific experiments, all of which are housed on a side of the spacecraft that will face the comet for the duration of the mission. These experiments are:

"Rosetta comprises a large orbiter, which was designed to operate for a decade, and a lander."

OSIRIS (optical, spectroscopic and infrared remote imaging system) is a wide-angle camera and a narrow-angle camera for obtaining high-resolution images of asteroids Otawara and Siwa and the comet nucleus and helping to identify the best landing sites. The experiment proved successful on 5 September 2008 when it delivered the first images of the asteroid.

ALICE (ultraviolet imaging spectrometer) analyses gases in the coma and tail and measures the comet’s production rates of water and carbon monoxide / dioxide. It also provides information on the surface composition of the nucleus.

VIRTIS (visible and infrared thermal imaging spectrometer) maps and studies the nature of the solids and the temperature on the surface of the nucleus. It also identifies comet gases, characterises the physical conditions of the coma and helps to identify the best landing sites.

ROSINA (Rosetta orbiter spectrometer for ion and neutral analysis) comprises two sensors that will determine the composition of the comet’s atmosphere and ionosphere, the velocities of electrified gas particles and reactions in which they take part. It will also investigate possible asteroid outgassing.

COSIMA (cometary secondary ion mass analyser) will analyse the characteristics of dust grains emitted by the comet, including their composition and whether they are organic or inorganic.

CONSERT (comet nucleus sounding experiment by radiowave transmission) probes the comet’s interior by studying radio waves that are reflected and scattered by the nucleus.

GIADA (grain impact analyser and dust accumulator) measures the number, mass, momentum and velocity distribution of dust grains coming from the nucleus and from other directions (reflected by solar radiation pressure).

RPC (Rosetta plasma consortium) comprises five sensors that measure the physical properties of the nucleus, examine the structure of the inner coma, monitor cometary activity and study the comet’s interaction with the solar wind.

RSI (radio science investigation) measures shifts in the spacecraft’s radio signals to determine the mass, density and gravity of the nucleus, to define the comet’s orbit and to study the inner coma. RSI will also be used to measure the mass and density of Siwa and to study the solar corona during the periods when the spacecraft, as seen from Earth, is passing behind the sun.

The lander carries nine experiments with a total mass of 21kg, as well as a drill to take samples of the comet.

COSAC (cometary sampling and composition experiment) is one of two evolved gas analysers. It detects and identifies complex organic molecules from their elemental and molecular composition.

MUPUS (multipurpose sensors for surface and subsurface science) uses sensors on the lander’s anchor, probe and exterior to measure the density, thermal and mechanical properties of the surface.

SESAME (surface electrical, seismic and acoustic monitoring experiments) comprises three instruments for measuring properties of the comet’s outer layers: the cometary acoustic sounding surface experiment measures the way in which sound travels through the surface; the permittivity probe investigates its electrical characteristics; and the dust impact monitor measures dust falling back to the surface.

APXS (alpha X-ray spectrometer) will be lowered to within 4cm of the ground, where it will detect alpha particles and X-rays, which provide information on the elemental composition of the comet’s surface.

CONSERT (comet nucleus sounding experiment by radiowave transmission) probes the internal structure of the nucleus. Radio waves from the CONSERT experiment on the orbiter travel through the nucleus and are returned by a transponder on the lander.

"The Rosetta orbiter holds 11 scientific experiments, all of which are housed on a side of the spacecraft."

ÇIVA comprises six identical micro-cameras to take panoramic pictures of the surface. A spectrometer studies the composition, texture and albedo (reflectivity) of samples collected from the surface.

ROLIS (Rosetta lander imaging system) is a CCD camera to obtain high-resolution images during descent and stereo panoramic images of areas sampled by other instruments.

SD2 (sample and distribution device) drills more than 20cm into the surface, collects samples and delivers them to different ovens or for microscope inspection.