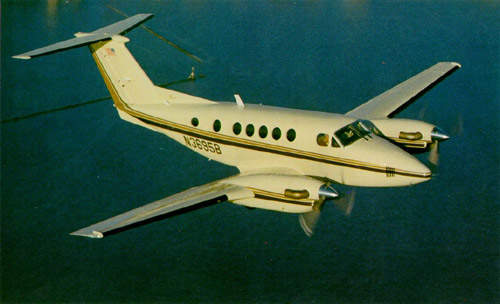 The Beech King Air B200 twin-turboprop transport and utility aircraft. 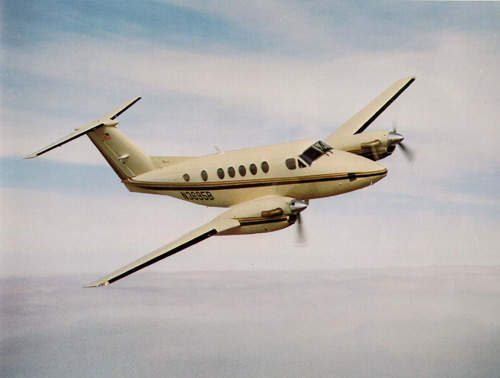 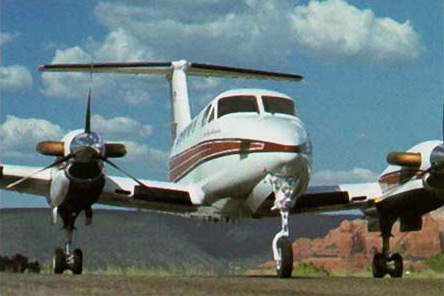 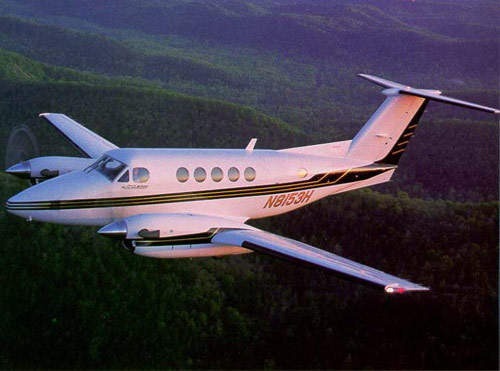 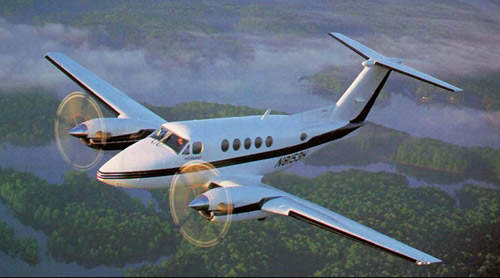 The air-conditioned 'squared-oval' pressurised cabin can be fitted with seven or nine seats. 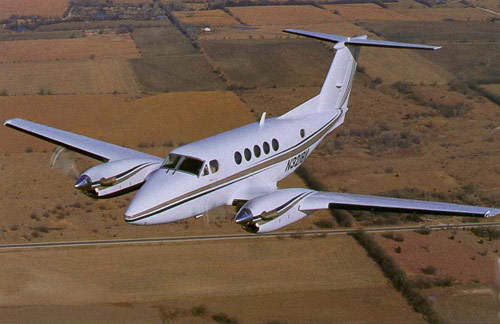 The B200 has been sold in both civil and military versions, and is in service with the US Army, Army National Guard, Air National Guard and Navy. 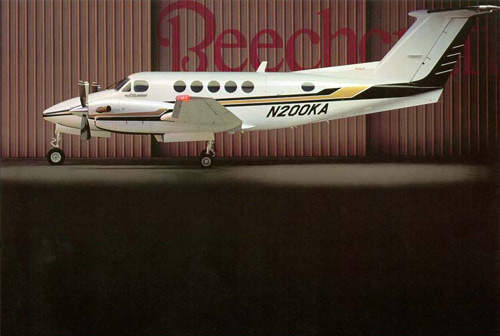 The Beech King Air B200 is a twin-turboprop transport and utility aircraft. The Beech King Air product line has been in continuous production since 1964 and more than 6,000 of 17 variants have been sold for corporate, commercial and special mission operations to more than 94 countries.

Beech Aircraft Corporation, the original manufacturers, became a wholly owned subsidiary of Raytheon in 1980. The company has continued to incorporate improvements and additions to the King Air aircraft.

“The B200 is a twin-turboprop transport and utility aircraft.”

The maximum level speed at 25,000ft is 540km/hr and the range is 3,442km. The aircraft has a landing run of just 536m and take-off run of 567m, allowing the operator access to small remote airfields.

The aircraft has been built in civil and military versions. The King Air B200C equipped with cameras, cargo doors and special mission systems, is in service with the armed forces of Greece.

In May 2007, Hawker Beechcraft announced an upgraded version, the King Air B200GT. The aircraft is powered by Pratt & Whitney Canada PT6A-52 engines which are rated at 1,150shp and provide an increased cruise speed of 560km/h. The B200GT received certification in December 2007.

“Over 6,000 of 17 B200 variants have been sold for corporate, commercial and special mission operations.”

Five B200CT aircraft have been ordered by the Israeli Air Force, the first was delivered in September 2002.

The UK Royal Air Force has ordered seven B200 aircraft for pilot training at RAF Cranwell Military Air Academy. The first was delivered in December 2003. Two further aircraft have been ordered and the first was delivered in April 2008. Three King Air B200SE aircraft are in operation with Australia’s Royal Flying Doctor Service as air ambulances. The B200SE’s are fitted with a large cargo door and air ambulance interior configuration.

The flight deck seats a crew of two and is fitted with dual controls although it can be flown by a single pilot. The aircraft was fitted with Rockwell Collins ProLine II avionics suite with a Universal UNS-1D / UNS-1K navigation system, ALT-80A altimeter, dual airspeed indicators and a flight director and an optional Rockwell Collins EFIS-8B electronic flight information system with three tube multifunction displays.

The King Air B200 is now being offered with the Rockwell Collins Pro Line 21 avionics suite as standard equipment. This includes 8in x 10in primary flight displays based on active matrix LCD (Liquid Crystal Display) technology and a multi-function display with primary engine information, systems synoptics, checklists and navigational data – including planning maps, present-position maps and heading. Terrain, traffic, lightning, weather radar and other sensor information can also be displayed.

From 2005, the AirCell ST3100 Itridium satellite telecommunications systems will be available as an option.

“The B200 flight deck seats a crew of two and is fitted with dual controls, although it can be flown by a single pilot.”

The B200 has a comfortable and roomy ‘squared-oval’ pressurised cabin. The air-conditioned cabin can be fitted with seven or nine seats. The rear cabin door is equipped with airstairs.

The aircraft’s bladder cells and optional fuel tanks in each wing provide a usable fuel capacity of 2,460l. The refuelling points are located on the upper surfaces of the wings.