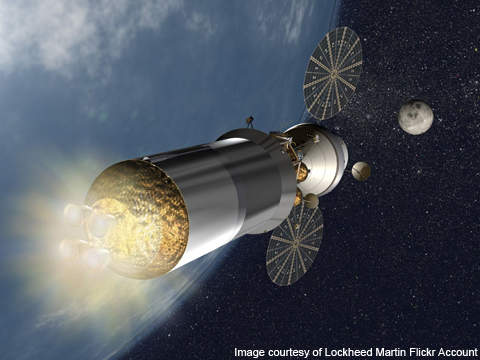 Artist's rendering of the Orion exploration vehicle in space. 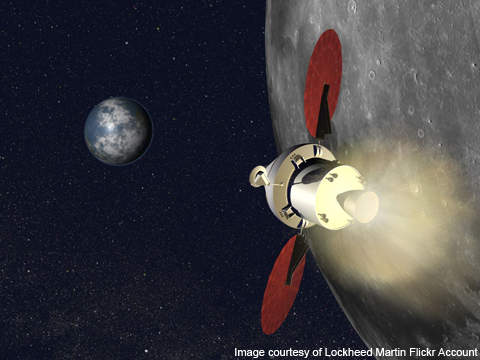 Orion can transport crew or cargo to the International Space Station (ISS), the Moon and the Mars. 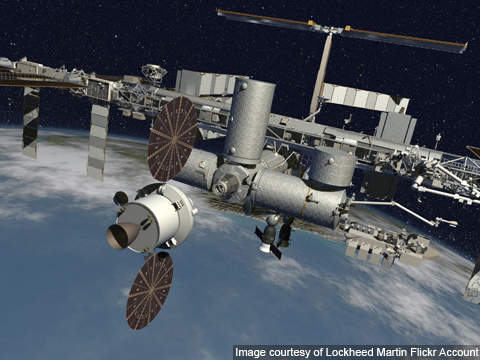 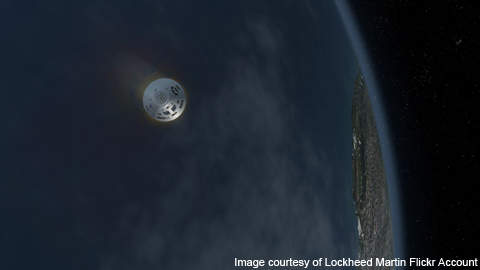 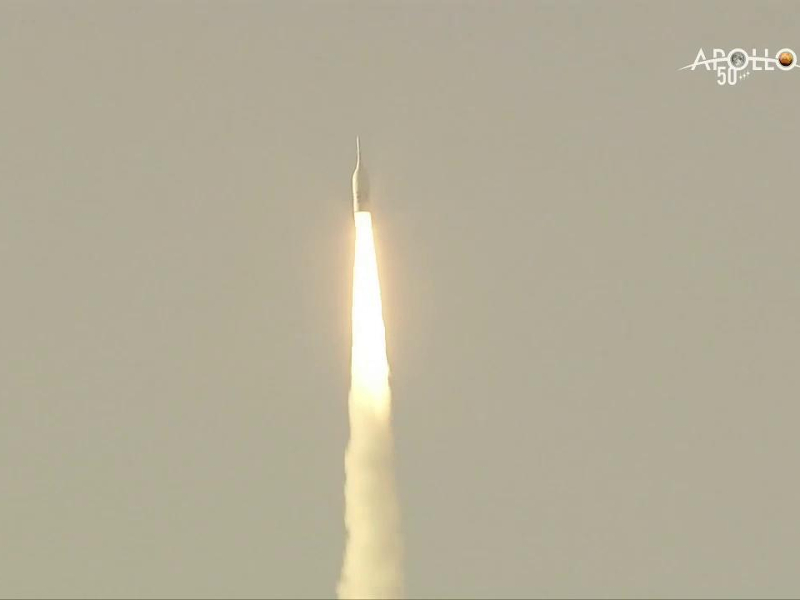 NASA completed an important launch-abort test of the Orion spacecraft in July 2019. Image courtesy of National Aeronautics and Space Administration.

Orion spacecraft is a crew exploration vehicle (CEV) designed and manufactured by Lockheed Martin for NASA to transport crew or cargo to the International Space Station (ISS), the Moon and Mars.

Derived from its predecessor Apollo Command Module, the spacecraft is designed to replace the Orbital Space Plane (OSP). Orion was first launched on a shuttle derived heavy lift vehicle from Launch Complex 39 of Kennedy Space Center in 2014.

Development of the Orion CEV began as part of the Constellation Program launched by NASA. The vehicle was initially intended to be carried on the piggyback of the Ares I rocket launcher.

The programme was, however, cancelled by the US Government in February 2010 resulting in the restructuring of the launch vehicle. NASA later launched Orion on the piggyback of a shuttle derived heavy lift vehicle, in 2014.

The Orion spacecraft has been designed to serve for 210 days. Its preliminary design review (PDR) was completed in September 2009.

The LAS is an emergency escape system, which separates the crew module from the launch vehicle using a solid rocket powered launch abort motor (AM). It is equipped with an attitude control motor and a jettison motor.

NASA has unveiled a decision to deploy a Max Launch Abort System (MLAS) as a replacement for the LAS. The MLAS is equipped with four solid rocket motors integrated 900 from each other for separating the crew module from the launch vehicle during emergency evacuations.

The crew module accommodates four to six crew members. It is made up of aluminium and lithium alloy and enclosed with a silicon fibre Avcoat ablator heat shield. The structural framework of the CM was completed in June 2010.

The service module of Orion is equipped with propulsion systems, batteries, reaction control systems and waste heat management systems. It is cylindrical in shape and constructed with aluminium and lithium alloys.

NASA proposed a project to develop the Orion crew exploration vehicle in July 2005. Boeing and Lockheed Martin were considered for the development contract. The agency, however, selected Lockheed Martin and awarded a $3.9bn contract in August 2006 to design, manufacture, test, and deliver the spacecraft.

The spacecraft will be built in two versions namely Lunar Orion and Mars Orion. Lunar Orion will carry four astronauts to the Moon, while Mars Orion, destined for Mars, will accommodate a crew of six astronauts.

An airbag landing system was removed from the Orion in August 2007 to reduce the overall weight of the spacecraft. The solar array design testing was successfully completed in October 2008. The maiden launch abort test was conducted by ATK in November 2008.

“The Orion spacecraft has been designed to serve for 210 days.”

In February 2011, the first Orion was shipped from Michoud Assembly facility to Lockheed Martin’s Denver facilities to test the spacecraft under various harsh environments.

The Orion spacecraft features a glass cockpit, roll, pitch, and yaw thrusters, an autodock system and an automated transfer vehicle. It is equipped with TTEthernet built by TTTech Computertechnik for real time communications.

United State Alliance was responsible for the assembly, integration and processing of the Orion capsule at the Kennedy Space Center.

Orbital Science was the prime contractor involved in the manufacturing of Launch Abort System. ATK received a $62.5m sub-contract from Orbital Science in July 2007 to design, build, examine, and supply the launch abort motor.