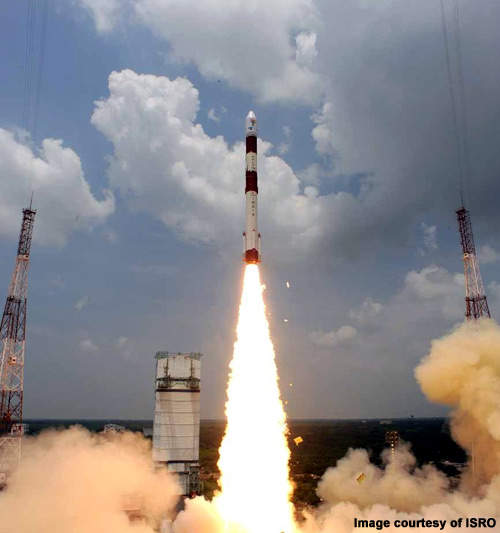 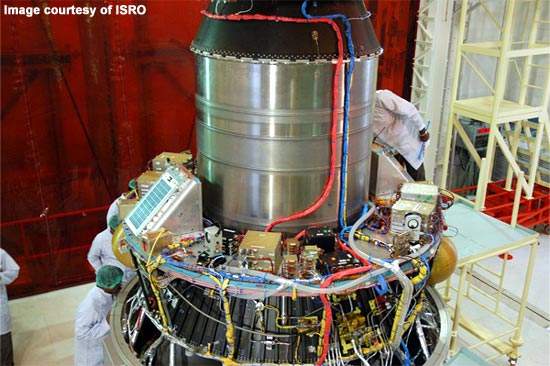 The nanosatellites are designed to test new technologies. 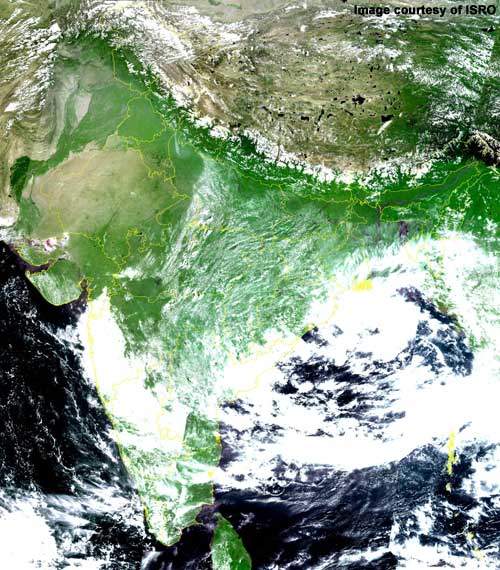 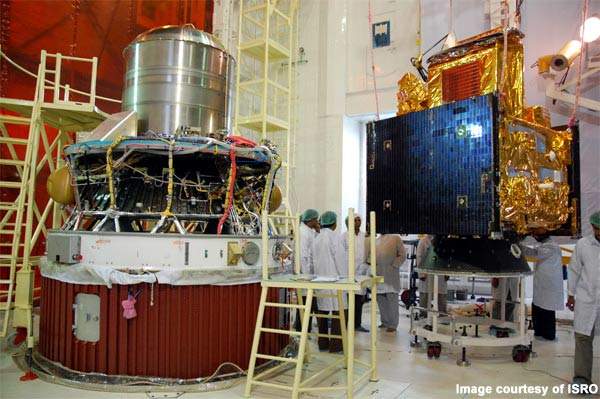 Oceansat-2 is the second satellite developed by Indian Space Research Organisation (ISRO) to study oceans and their interaction with the atmosphere. It is the 16th remote sensing satellite built in India. The mission life of the satellite is five years.

On 23 September 2009 ISRO's polar satellite launch vehicle PSLV-C14 launched Oceansat-2 and six nanosatellites into a polar sun synchronous orbit (SSO) from the Satish Dhavan Space Centre in Sriharikota. The launch started at 11.51am and ended at 12.06pm.

“The satellite will gather systematic data for various oceanographic, coastal and atmospheric applications.”

Oceansat-2 is a 960kg satellite launched into orbit 1,081s after lift-off at an altitude of 728km. It has two solar panels projecting from the sides.

The carbon fibre-reinforced plastics cylinder and aluminium honeycomb panels (CFRP) structure of the satellite allows mounting of the payloads. The thermal subsystem, which includes paints and MLI blankets, ensures temperatures are kept within safe limits.

The satellite's mechanisms subsystem allows it to deploy solar panels, as well as release the OCM and scatterometer, from their hold-down positions and prevent the OCM from tilting.

The solar panels charge the batteries and provide electrical power to the satellite. They cover 15sqm, generate 1,360W of power and have two 24 Ah Ni-Cd batteries. The telemetry, tracking and command system reads payload data through S-band and relays it through X-band. It has a 64GB solid state recorder to store images.

Oceansat-2 is fitted with earth and sun sensors, magnetometers and gyroscopes to monitor its orbit. The reaction control system is composed of four reaction wheels and mono-propellant thrusters.

OCM has eight visible and near infrared bands, allowing it to take images of a 1,420km area with a 360 metre resolution. It has a mass of 76kg. The Ku-band scatterometer has a 1m diameter antenna that can rotate at 20.5rpm and operate at a frequency of 13.515GHz. It covers an area of 1,400km.

The PSLV-C14 is 44.4m high and weighed 230t at lift-off. It is a launch vehicle that does not have strap-on motors attached, unlike the standard CSLV configuration.

“Oceansat-2 is fitted with earth and sun sensors and gyroscopes.”

The 44.4 metre (147ft) high PSLV-C14 weighed 230t at lift-off. PSLV-C14 is the core-alone version of PSLV, which is the same as the PSLV standard configuration except for the strap-on motors.

Six strap-on motors surround the first stage of the PSLV standard configuration, but are absent in core-alone version. PSLV-C14 was the fifth core-alone mission of PSLV.

The nanosatellites are from European universities (four from Germany, one from Switzerland and one from Turkey) for testing new technologies. Oceansat-2 was launched first from the PSLV-C14 followed by the four cubesats, while Rubin 9.1 and Rubin 9.2 remained attached to the upper stage.