1.70 square metres at the base 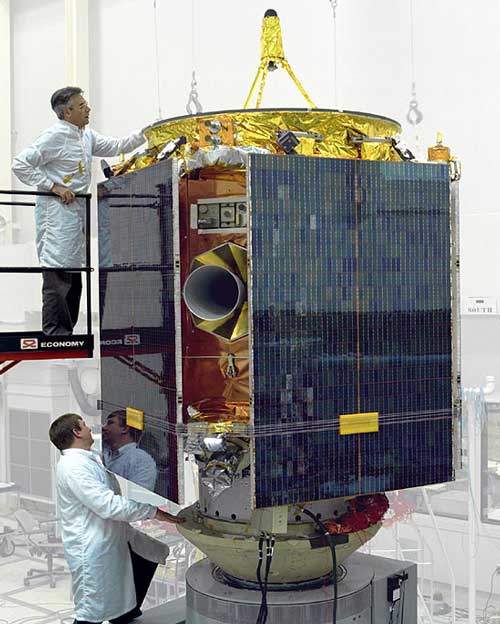 The NEAR probe was first launched in 1996. 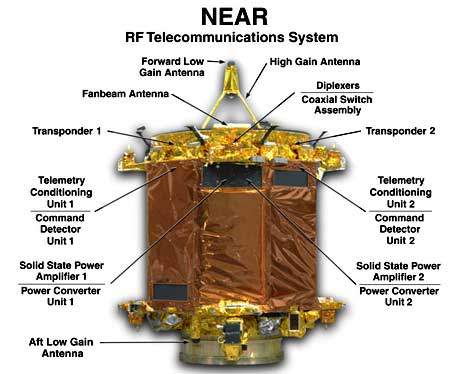 The NEAR spacecraft has numerous instruments on it. 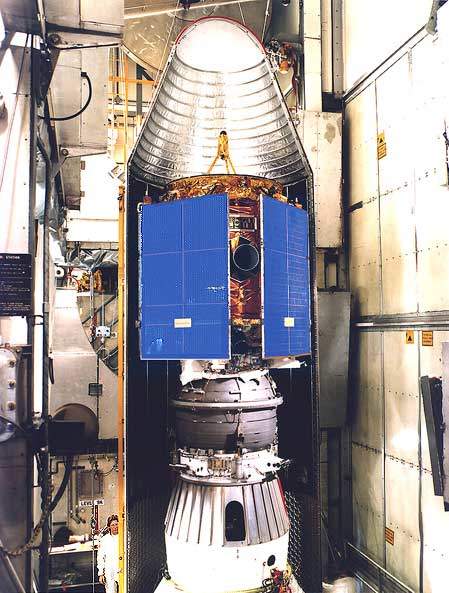 The NEAR project has been sponsored by NASA. 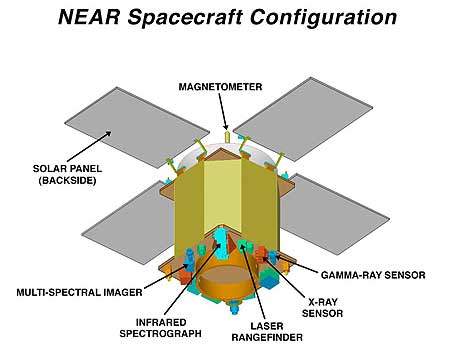 The NEAR spacecraft will have four solar panel flaps. 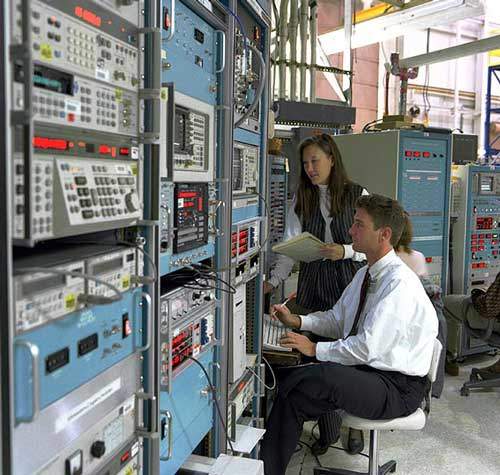 The starting point for the NEAR mission was the American launch site at Cape Canavaral. 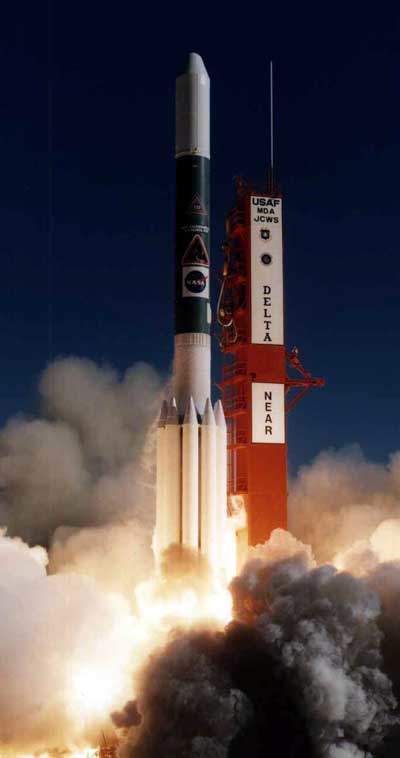 The Near Earth Asteroid Rendezvous (NEAR) was designed to study the near Earth asteroid Eros from close orbit over a period of a year and was successfully launched in February 1996.

The primary scientific objectives of NEAR were to return data on the bulk properties, composition, mineralogy, morphology, internal mass distribution and magnetic field of Eros. Secondary objectives include studies of asteroid regolith properties (loosely consolidated surface material), interactions with the solar wind, possible current activity as indicated by dust or gas and the asteroid spin state.

NASA’s NEAR Shoemaker spacecraft, met all its scientific goals in orbiting the asteroid Eros and successfully accomplished a controlled descent to the surface of the asteroid on 12 February 2001. The chief goal of the controlled descent to the surface was to gather close-up pictures of the boulder-strewn surface of 433 Eros, more than 196 million miles from Earth.

The NEAR spacecraft design is mechanically simple and geared toward a short development and test time. Except for the initial deployment of the solar panels and protective instrument covers, the spacecraft has only one moveable mechanism. Its distributed architecture allows parallel development and test of each subsystem, yielding an unusually short spacecraft integration and test period.

Several innovative features of the NEAR design include the first use of an x-band solid-state power amplifier for an interplanetary mission, the first use of a hemispherical resonator gyroscope in space and extremely high-accuracy, high voltage power supply control.

The spacecraft has the shape of an octagonal prism, approximately 1.7m on each side. It has four fixed gallium arsenide solar panels in a windmill arrangement, a fixed 1.5m X-band high-gain radio antenna with a magnetometer mounted on the antenna feed and an X-ray solar monitor on one end (the forward deck). The other instruments are fixed on the opposite end (the aft deck). Most electronics are mounted on the inside of the decks. The propulsion module is contained in the interior.

Power is provided by four 1.8m x 1.2m gallium arsenide solar panels that can produce 400W at 2.2AU (NEAR’s maximum distance from the Sun) and 1,800W at 1AU. Power is stored in a 9A/hr, 22-cell rechargeable super nickel-cadmium battery.

The spacecraft also features Multi-Spectral Imager (MSI) for imaging Eros in multiple spectral bands to determine its shape and surface features and to map mineral distributions. It has a NEAR Infrared Spectrometer (NIS) for measuring the near-infrared spectrum to determine the distribution and abundance of surface minerals and a NEAR Laser Rangefinder (NLR). This is a laser altimeter that measures the range to the surface to build up high-resolution topographic profiles (giving a global shape model of Eros).

It also has an X-ray/Gamma-Ray Spectrometer (XGRS) detecting X-ray fluorescence from elements on the asteroid surface. Some of the emissions are excited by cosmic rays and some are from natural radioactivity in the asteroid. There is also a Magnetometer (MAG) that searches for and maps any intrinsic magnetic field around Eros and a Radio Science, which is a coherent X-band transponder measuring radial velocities of the spacecraft relative to Earth, helping to map the gravitational field of Eros.