Russian Mil helicopter painted in Khokholma as seen at the 2007 MAKS air show. 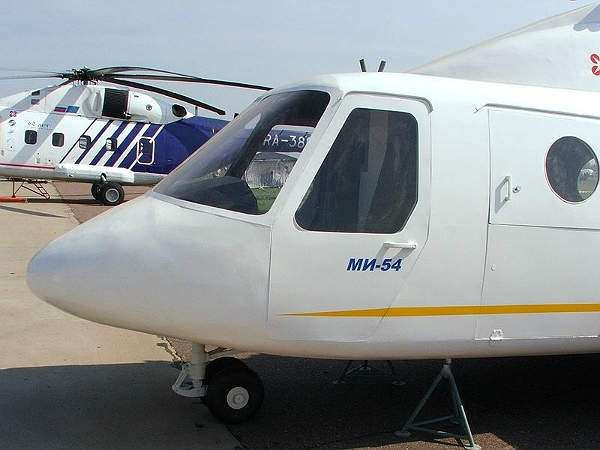 The Mil Moscow helicopter plant is also responsible for the Mil Mi-1. 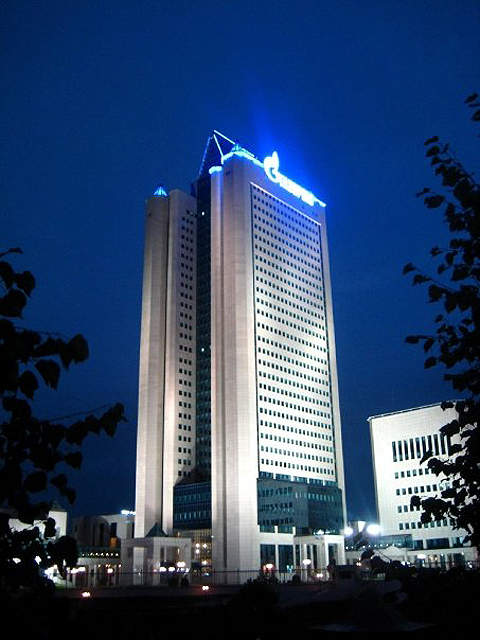 The Mil Mi-54 will be used for oil and gas operations for the Russian state oil company Gazprom. 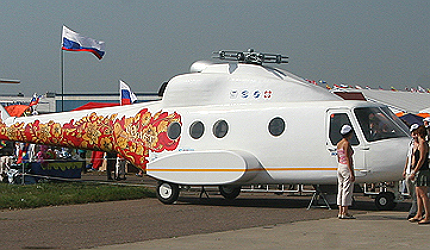 The Mi-54 is an advanced twin engine light multirole helicopter principally intended for use in cargo and passenger transportation. The helicopter is being designed and manufactured by Mil Moscow Helicopter Plant, JSC, with the support of the Russian Government.

The development of Mi-54 began as part of the Civil Aircraft Development, a federal-oriented programme. It will replace its earlier versions, Mi-2 and Mi-8 helicopters.

The project was first unveiled in 1992. The helicopter was showcased at the MAKS-2007 air show. Development is expected to continue for a few more years. Mi-54 is expected to be launched by Rostvertol after 2012.

The Mi-54 is expected to enter into service in 2015, however, the aircraft will not gain a domestic airworthiness certification until a year, or 18 months, later.

"The helicopter is being designed and manufactured by Mil Moscow Helicopter Plant, JSC, with the support of the Russian Government.

The preliminary design of the Mi-54 was completed in 1993. The helicopter has been designed to carry 4,500kg of cargo inside the cabin and 4,700kg on the external sling.

It can operate at a wide range of heights and in adverse weather conditions.

The operational cost of the Mi-54 is very low compared with other helicopters in the country, which makes it more economical.

The helicopter will meet the required regional and international FAR-29 and JAR-29, AP-29 aircraft standards. The excess power of the Mi-54 will allow it to function as a CAT A aircraft while operating in a limited area.

Features of the Russian multirole helicopter

Cabin and avionics onboard the Mi-54

The Mi-54 features a spacious and comfortable cabin, which increases the range of cargo variety within the existing cargo capacity.

"The project was first unveiled in 1992. The helicopter was showcased at the MAKS-2007 air show."

The helicopter’s cabin accommodates 12 to 13 passengers and two crew members (pilot and co-pilot).

A ventilation and heating system installed in the cabin maintains constant temperatures during operation in hot temperatures. The cabin also features energy absorbing seats for pilots and passengers. The cabin is 4.25m long, 1.71m wide and 1.4m high.

A non-retractable tricycle type landing gear will be fitted to the fuselage section of the helicopter. There will be a single nose wheel on each unit, two rear wheels on sponsons and a tail skid.

The Mi-54 will be powered by two Saturn or Lyulka AL-32 turboshaft engines. The two engines, each producing 574kW of power, will be fitted beside each other above the cabin.

The AL-32 is a jet engine which is manufactured by modifying Lyulka or Saturn AL-31F and Saturn AL-41F-1 jet engines, designed to fly at supersonic speeds. The power plant comprises four main rotor blades and three tail rotor blades.