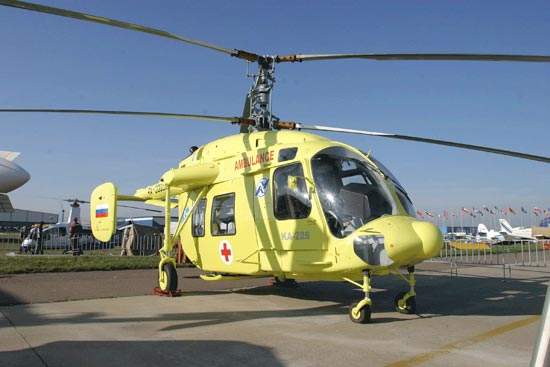 The Ka-226 Sergei light multipurpose helicopter is in service with the Russian Emergency Ministry and departments of the Moscow City Government. 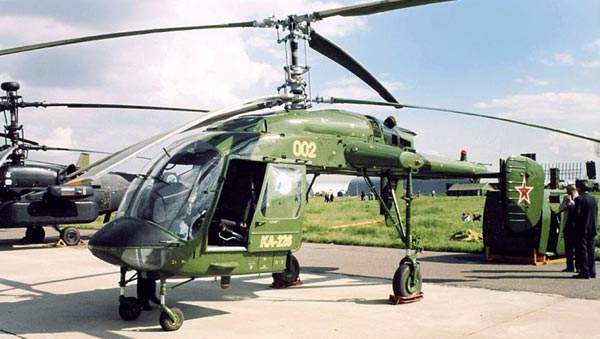 With the pod detached, the helicopter chassis can be fitted with, for example, surveillance equipment, agricultural hopper and spraybar or cargo net / cable for a slung load. 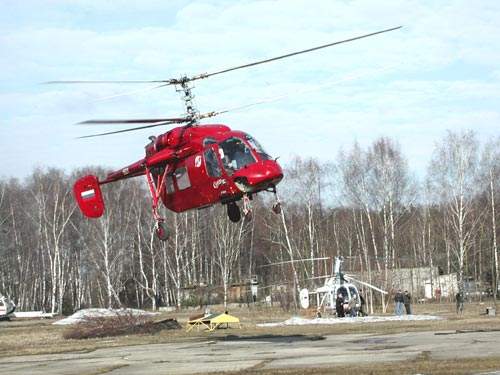 The Ka-226 design features the characteristic Kamov co-axial contrarotating rotor and absence of a tail rotor. 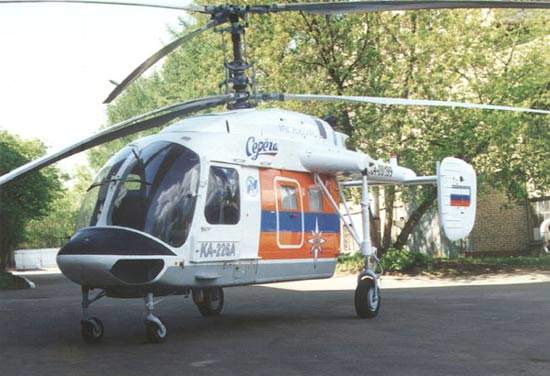 Air ambulance, police helicopter, fire fighting and rescue variants of the Ka-226 have been developed. 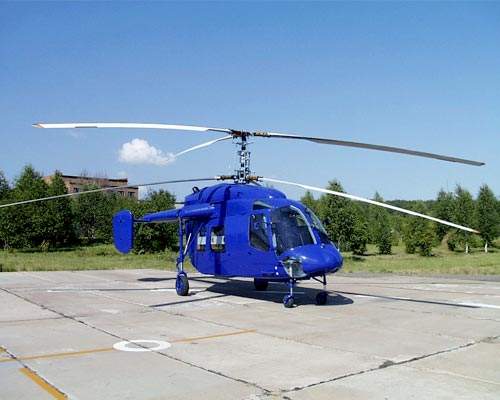 The main 770l fuel tanks provide a flight endurance of 4.24 hours, increased to 6.45 hours with the 320l auxiliary tanks.

Kamov announced the development of the Ka-226 Sergei light multipurpose helicopter in 1990. The helicopter was developed to meet the requirements of the TSENTROSPAS Russian Emergency Ministry, the Moscow City Government and Gazpromavia Airlines. The Ka-226 underwent its maiden flight in September 1997.

The design of the helicopter is based on the development of the proven “flying chassis” Ka-26 general-purpose helicopter. Kamov has delivered 850 Ka-26 helicopters to the domestic and export markets since 1965.

The Ka-226 has interchangeable mission pods rather than a conventional cabin within the main fuselage.

The small size of the helicopter allows it to be used in urban environments and in congested areas close to the operational area of interest or the mission area. The co-axial contrarotating rotor helicopter, characteristic of Kamov designs, is easy to fly and highly manoeuvrable. The absence of a tail rotor eliminates the threat of tail rotor accidents to ground crew.

The flight deck is normally configured for single pilot operation and a second seat and dual controls are optional. Kamov installs the avionics and flight deck instruments to the operator’s choice. A typical fit for categories A and B visual and instrument flight rules (IFR) for poor weather operation include a Honeywell Bendix / King avionics suite and a Bendix / King VHF radio KY196A. The navigation suite can include a Bendix / King KN53 instrument landing system, a KR87 automatic direction finder, a LCR 92 laser attitude heading reference system (AHRS) and a KLN90B global positioning system.

The cabin is lightly pressurised, with ventilation and warm air heating.

The cockpit and passenger sections of the cabin are fitted with crash-resistant energy-absorbing seats.

The space to the rear of the flight deck is fitted with a quick-change and demountable cargo compartment or pod. This allows the fast installation of standard or special accommodation and mission equipment.

A standard cargo and passenger compartment can accommodate two bench sets for six passengers with a baggage / cargo compartment to the rear. A seventh passenger can be seated next to the pilot.

“The Kamov
Ka-226 is based on the development of the proven “flying chassis” Ka-26 general-purpose helicopter.”

With the cargo or passenger pod detached, the helicopter chassis can be fitted with other equipment such as surveillance equipment or an agricultural 1,000l chemical or seed hopper and spraybar. A positive pressure differential in the cabin protects the crew from contamination. The helicopter can also be operated without a passenger pod and with the open volume between the main landing gear fitted with a cargo net or cable for a slung load. The maximum underslung payload is 1,300kg.

The helicopter has demonstrated long-endurance and low-fuel-consumption flight, important performance parameters for patrol and rescue operations. The main 770l capacity fuel tanks provide a flight endurance of 4.24 hours. With the 320l auxiliary tanks, this is increased to 6.45 hours.

A performance advantage of the helicopter, when working from bases at altitudes high above sea level and in mountainous terrain, is the high dynamic ceiling of 5,000m and static ceiling at 2,000m.

The helicopter has an 18,000-hour lifespan with a scheduled service life of 25 years.

Two Rolls-Royce Allison 250-C20R/2 turboshaft engines are installed side by side over the fuselage aft of the rotor mast. The engines conform to the requirements of Category A FAR-29 for one engine inoperable safe flight. The engines are each rated at 335kW. Other engine options include the Progress ZMKB AI-450, Turbomeca Arrius 2G and the Klimov VKK-800, which can be fitted to suit the customer’s operating requirements.

The engines each drive individual driveshafts to the reduction gearbox supplied by OKBM Company in Voronezh.

The engine air intake is fitted with a hot air de-icing system. The de-icing systems include an alcohol windscreen de-icer, an electrical de-icer for the pitot tube, and electrothermal de-icing for the rotor blades.

The main fuel tanks have a capacity of 770l. Two optional external tanks provide an additional 320l of fuel.

Gidromash, based in Nizhny Novgorod, supplies the landing gear, which consists of the main rear units mounted under the stub wings and the forward two-wheeled unit under the nose. The non-retractable landing gear has oleopneumatic shock absorbers and pneumatic brakes.