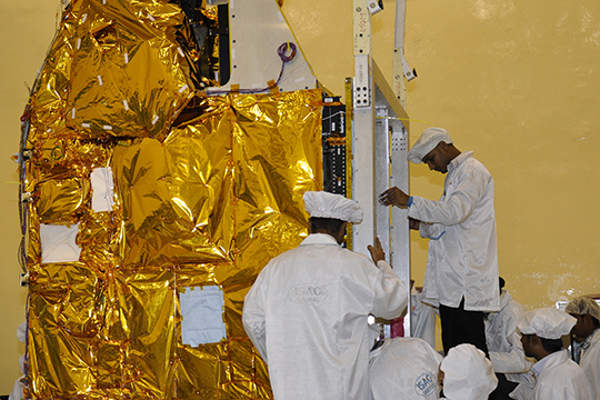 The Mars Orbiter Mission (MOM) spacecraft was designed and developed by ISRO. Image courtesy of ISRO. 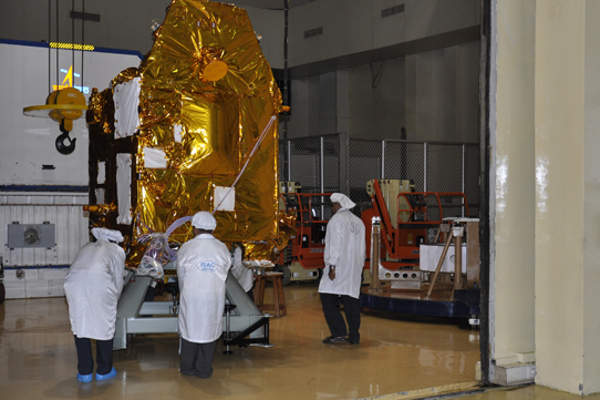 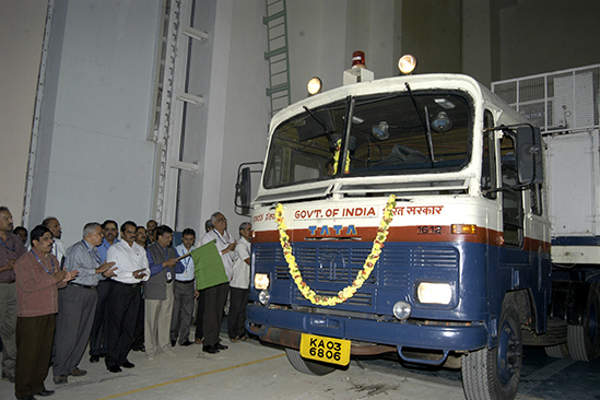 The MOM spacecraft was transported to Satish Dhawan Space Centre SHAR for carrying out launch operations. Image courtesy of ISRO. 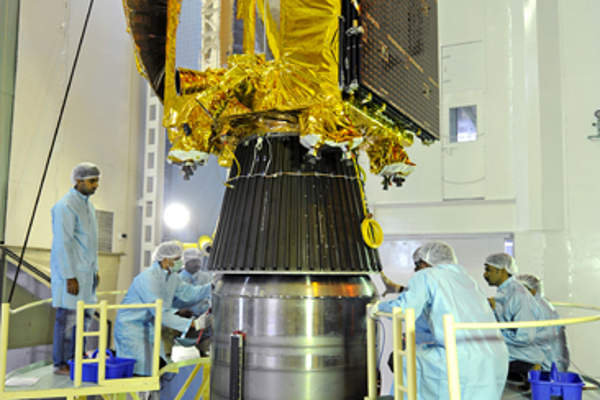 The spacecraft was integrated with PSLVC-25 rocket. Image courtesy of ISRO. 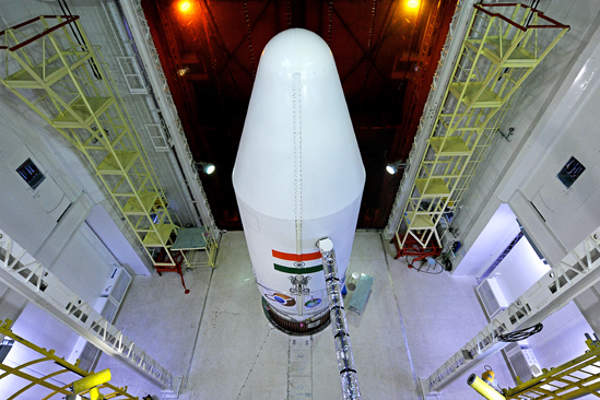 The MOM development programme was approved by the government of India in August 2012. Image courtesy of ISRO. 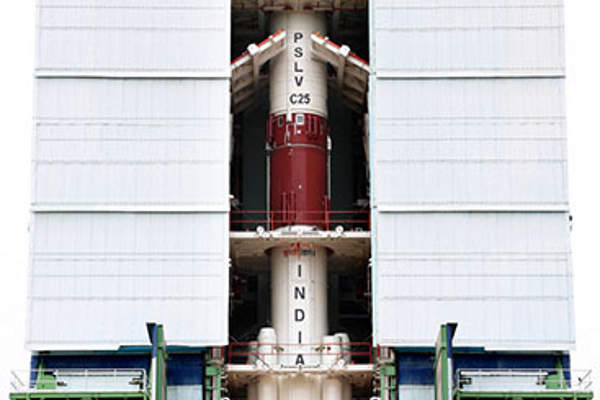 The MOM spacecraft was launched on 5 November 2013 from the first launch pad of Satish Dhawan Space Centre SHAR. Image courtesy of ISRO. 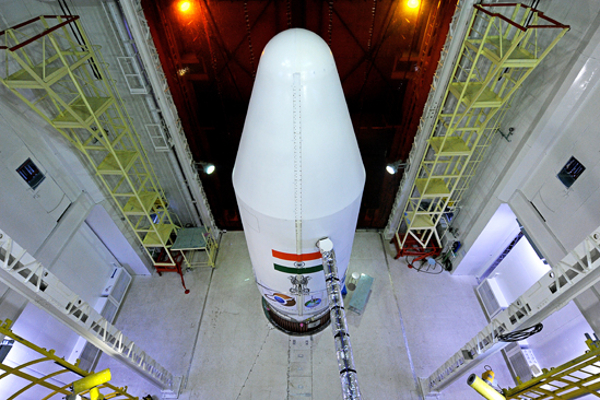 The Mars Orbiter Mission (MOM), also known as Mangalyan, is a Mars exploration spacecraft designed and developed by the Indian Space Research Organisation (ISRO). The spacecraft lifted off on 5 November 2013 from the first launch pad of Satish Dhawan Space Centre SHAR located at Srihairkota, Andhra Pradesh, India. It successfully entered Martian orbit on 24 September 2014 at 7.30am IST.

The core objectives of the Mangalyan spacecraft include discovering technical aspects relating to the surface, features, morphology, mineralogy and atmosphere on Mars, with the help of locally developed scientific instruments.

ISRO aims to gather data to establish how Martian weather systems work and know what happened to the water that is supposed to have been formerly present on the planet. It will also search for methane, which is an important chemical in life processes.

At $73m (INR 4.5bn), India’s Mars mission is considered to be the cheapest by any nation. The Nasa’s Mars Atmosphere and Volatile EvolutioN (MAVEN) spacecraft, with an estimated cost of $485m, was launched on 18 November 2013.

The MOM spacecraft was designed and manufactured by ISRO Satellite Centre (ISAC) located at Peenya Industrial Estates in Bengaluru, India. The spacecraft is fitted with similar core structure and systems which were used in Chandrayaan-1 Moon orbiter mission by ISRO.

The MOM spacecraft has a launch mass of 1,340kg including a dry mass of 475kg, a payload mass of 15kg, and a fuel load of 852kg. It is equipped with a single deployable solar array with three panels each measuring 1.4m x 1.8m in size. It also includes a yoke and drive mechanism.

"At $73m, India’s Mars mission is considered as the cheapest by any nation."

The solar array will provide 840W of electrical power to the spacecraft at Mars, and also charging for a lithium ion battery with a capacity of 36 amp-hours.

The spacecraft is based on the I-1K satellite bus platform manufactured by ISRO. The satellite bus is cuboidal, featuring composite and metallic honeycomb sandwich panels.

The spacecraft development programme was approved by the government of India in August 2012. The individual spacecraft components assembly began in 2012 and was completed in March 2013. The payload instruments were integrated in April 2013.

The spacecraft stayed on trans-Martian orbit for around 300 days, before entering the Mars orbit in September 2014. It will travel more than 780 million kilometres to complete orbiting Mars.

"The spacecraft stayed on trans-Martian orbit for around 300 days before entering the Mars orbit in September 2014."

The LAP weights 1.5kg and includes an ultraviolet detector. Its role is to determine the deuterium-to-hydrogen abundance ratio in the Martian atmosphere. The MENCA is a 4kg quadrupole mass spectrometer. It will study the exospheric neutral density and composition of Mars surface over altitudes of about 372km.

The spacecraft is also fitted with a parabolic X-band reflector high gain antenna with a 2.2m diameter, which will be used for data downlink and command uplink. The low and medium antennas fitted to the aircraft enable low-bandwidth communications. It includes two solid state recorders with a storage capacity of 16GB in the spacecraft.

Data from the spacecraft will be downlinked using 18m and 32m antennae of Indian Deep Space Network, located at Bangalore.

The spacecraft was launched atop of PSLV-XL C25 rocket. The rocket used a combination of solid and liquid-fuelled propulsion in the four stages of launch. The propulsion system included two spherical propellant tanks each holding 390l of propellant.

Indian has launched its first spacecraft to Mars, in an effort to reach the red planet at a lower cost than previous missions by other nations.