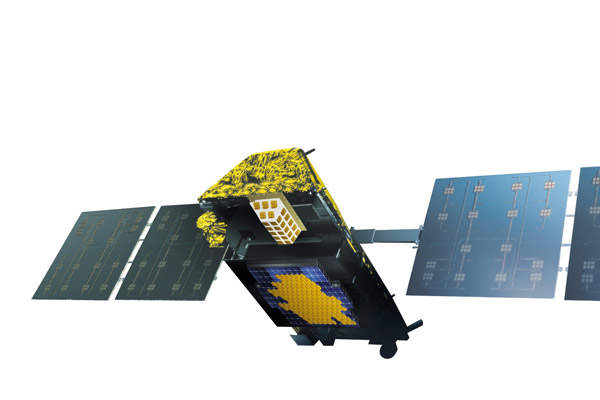 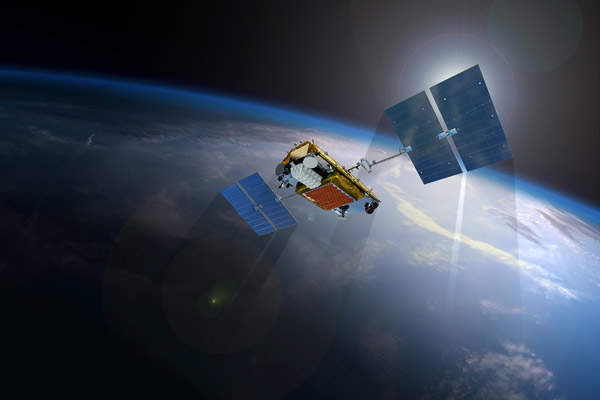 The first ten Iridium NEXT satellites were launched in January 2017. Credit: Iridium Communications. 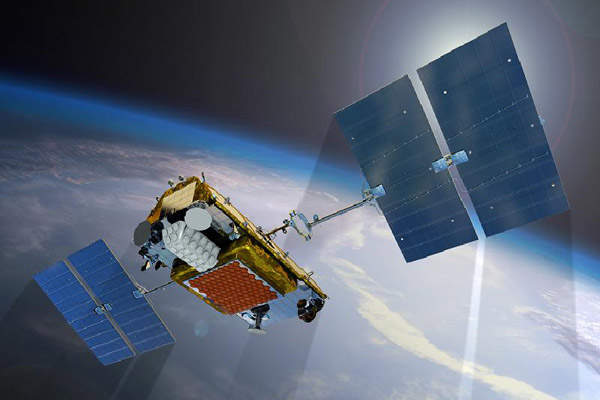 Each satellite in the Iridium NEXT constellation is cross-linked to other satellites in the constellation. Credit: Iridium Communications.

The first ten 66-satellite low-earth orbit (LEO) constellation spacecraft were launched in January 2017, while the remaining spacecraft were scheduled for launch by 2018. Each satellite is designed to deliver a service life of 15 years.

The satellite constellation is intended to offer higher bandwidth and data speeds, allowing Iridium to cater to the growing demand for worldwide mobile communications.

The Iridium NEXT programme was initiated by Iridium Communications in 2007. The system requirements review for the constellation was concluded in the first quarter of 2009.

Thales Alenia Space was selected as the prime contractor to design, build and integrate 66 operational satellites, as well as six in-orbit and nine ground spares for the Iridium NEXT constellation in June 2010.

The €1.7bn ($2.2bn) full-scale development contract between Iridium and Thales Alenia Space was finalised in October 2010.

Space Exploration Technologies (SpaceX) was awarded a $492 contract in June 2010 by Iridium Communications in order to supply 70 Iridium NEXT satellites for use on board the Falcon 9 launch vehicle.

Thales Alenia Space signed an agreement with the Orbital Sciences Corporation for systems integration along with testing of communications payloads and platforms for the Iridium NEXT satellites, which were manufactured by Thales in January 2011.

International Space Company (ISC) Kosmotras was awarded a supplementary launch services contract in June 2011, in order to launch the Iridium NEXT satellites on board the Dnepr launch vehicle.

Primary design reviews of the system were completed in the second quarter of 2012, while the space segment was completed in March of the same year and was followed by a critical design review (CDR) of the satellite network system in October 2013.

The payload-to-bus integration of the first Iridium NEXT satellite was completed in June 2015.

Payload details of Iridium NEXT

Each of the Iridium Next satellites can carry a single 48-beam transmit / receive L-band phased array antenna, a Ka-band feeder link and cross-link antennae, and 2,000W two-axis solar array wings.

The satellites have a launch mass of approximately 860kg, and the spacecraft supports the integration of a hosted payload of up to 50kg in weight.

The satellite is equipped with sophisticated on-board processing hardware and software, including a regenerative processing payload with the on-board processor (OBP) and time-division duplex (TDD) architecture, as well as a telemetry, tracking and control (TT&C) subsystem.

Iridium Communications secured a contract from the joint venture between Iridium and NAV Canada, Aireon, for the primary payload space on the Iridium NEXT constellation in 2012.

Aireon will pay hosting fees as well as a data communications service fee to Iridium under the deal, in return for the integration and launch of its payloads on board each Iridium NEXT satellite.

Iridium signed an agreement with Harris Corporation in 2013 for the hosting of the Harris AppSTAR reconfigurable payload platform as a secondary payload.

The Iridium NEXT constellation

“Iridium NEXT will use a unique mesh architecture of 66 cross-linked LEO satellites, forming a global network in space.”

Iridium NEXT will use a unique mesh architecture of 66 cross-linked LEO satellites, forming a global network in space. It will ensure the delivery of high-quality voice and data coverage across any location on Earth.

Each Iridium NEXT satellite is connected to two satellites in the same orbital plane, as well as one in each neighbouring plane.

This unique configuration avoids the need for dependency on terrestrial infrastructure for routing, as the dynamic mesh network routes traffic between the cross-linked satellites.

Launch vehicles for the Iridium NEXT satellites

The Iridium NEXT satellites can be launched on board SpaceX Falcon 9 and Kosmotras Dnepr rockets. The Falcon 9 rocket carries ten satellites in a single launch mission.

The Dnepr launch vehicle is based on the SS-18 inter-continental ballistic missile (ICBM). It has a launch mass of 210t and can carry a maximum payload of 3,200kg in a standard space head module (SHM) configuration.

The three-stage rocket is powered by unsymmetrical dimethylhydrazine (UDMH) and nitrogen tetroxide (N₂O₄).