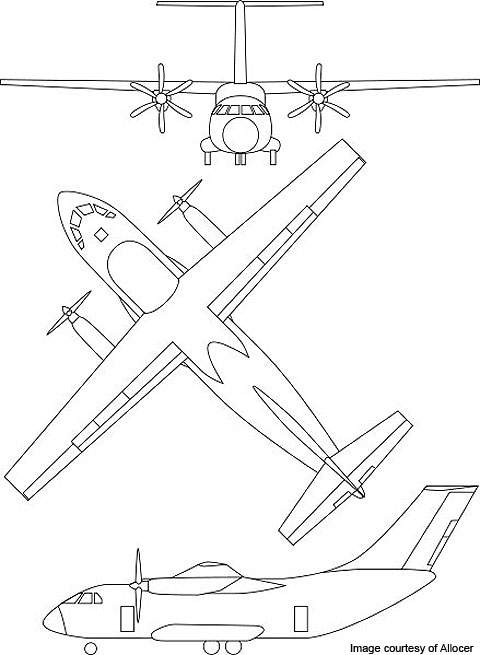 Design sketches of the IL-112. 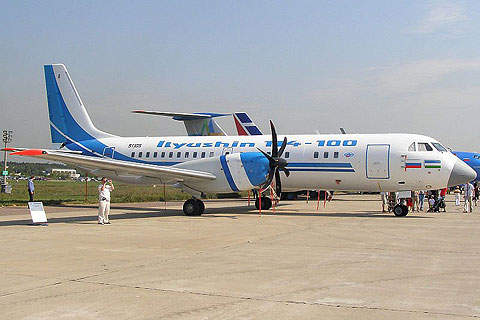 The Ilyushin IL-112T is a high-wing light transport aircraft being developed by Ilyushin Aviation Complex (JSC IL). Derived from the IL-114, the aircraft is being manufactured by Voronezh Aircraft Production Association.

The aircraft is capable of transporting a range of cargo, and can be operated from airports and unprepared runways. It can be operated by both military and civilian customers. The first IL-112 is expected to complete maiden flight in 2011.

The aircraft is offered in military IL-112V / IL-112B formats and an 11-seat corporate shuttle variants. The military version features a loading ramp. The IL-112V can carry a 6t-7t payload of military cargoes, equipment and personnel.

“The aircraft is offered in military IL-112V / IL-112B formats and an 11-seat corporate shuttle variants.”

The increased height and width of cabin results large cargo space for the storage of goods. The aircraft is powered by Klimov TV7-117 turboprops. Designed by traditional hi-plane scheme, its wings are equipped with mechanical flaps.

The aircraft is not suitable for short take-off and landing missions. The cargo hatch with thrust ramp on the rear side allows the loading and unloading operations.

The IL-112T is fitted with integrated airborne equipment. It has been designed to meet the ICAO noise and emissions standards.

The aircraft is powered by two TV7-117ST turboprop engines, each of which develops a maximum propeller shaft power of 2800hp. Each engine drives a six-bladed propeller. The engine is produced jointly by Klimov JSC, Chernishov JSC and Baranov JSC. The TV7-117 series engines were also opted for the new Russian turboprop aircraft such as Mig-110 and Tu-136.

“In May 2003, the Russian Air Force selected the IL-112V as its next-generation airlifter.”

The fuel consumption of this engine is 500kg-550kg an hour. The TV7-117 engine increases the fuel efficiency of the aircraft by 2.4 times compared with the AN-26. The noise levels and emission of harmful substances comply with ICAO regulations.

The aircraft is equipped with conventional three-point landing gear. The retractable wheels are equipped with telescopic type shock-absorption system. The system provides stability to the aircraft when landing on synthetic or unprepared runways.