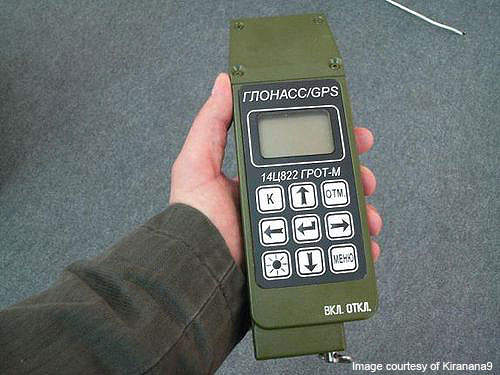 Glonass receiver of the Russian Military. 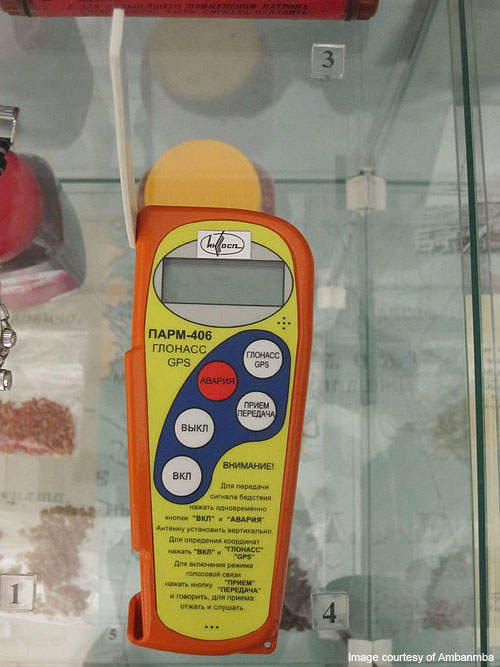 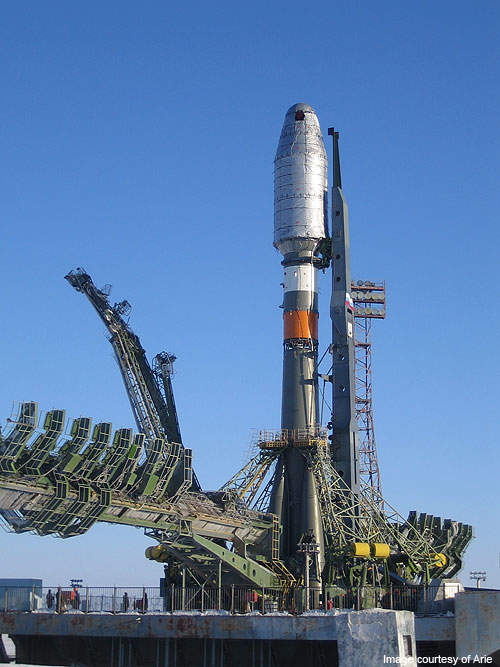 Glonass is launched on the piggyback of the Soyuz-2 rocket launcher.

Glonass (a global navigation satellite system) is being built by Reshetnev Information Satellite Systems and is based on the US global positioning system (GPS). It is currently being operated by the Russian Space Forces on behalf of the Russian Government.

The satellite system is designed for both military and civil applications. As of July 2010, 21 satellites were operational in the orbit.

Russia plans to invest RUR346.5bn ($12bn) on the Glonass satellite navigation system during 2012-2020, which will be independent of the US GPS.

The Glonass system satellites have three versions, namely Glonass, Glonass-M and Glonass-K. The Glonass was initially designed for a lifespan of 14 months but later this was extended up to two years.

The Glonass-M is an upgraded model which has a lifespan of seven years. It features 12 primary antennas for L-band transmissions and laser corner-cube reflectors for orbit determination and geodetic research.

Glonass-K is the latest version with a lifespan of ten to 12 years. The Glonass-K satellite completed thermal vacuum (TVAC) tests at the RISS facility in June 2010. The satellite is fitted with a precision thermal control system to maintain a temperature of 0.1°C. It completed acoustic tests in August 2010.

The entire Glonass system requires 18 operational satellites to cover the Russian vicinity. A total of 24 satellites are being placed in three orbital planes (eight on each orbit) at an altitude of 19,100km from the earth to provide worldwide coverage.

By February 2011, 22 satellites were operational in orbit and the remaining two satellites had been launched by the end of 2011. Russian Federal Space Agency unveiled a two-phase Glonass project called ERA (emergency response to accidents) in 2009.

The Soviet Union recognized the need to develop a new satellite-based radio navigation system in the 1970s. The development of the Glonass satellite system began in 1976 with the aim of achieving global coverage by 1991. About 43 Glonass satellites, as well as five additional test satellites, were successfully launched from 1982 to 1991.

The Russian Federation took over the development of Glonass upon dissolution of the Soviet Union in 1991. Glonass achieved full deployment in 1995, with 24 satellites positioned in three different orbital planes. Russia was unable to maintain the system until 2001 due to a financial crisis, which resulted in only eight spacecraft being operational.

The Russian Federation undertook a special purpose Federal programme in August 2001 in which the Glonass system was fully reinstated for deployment by 2011. The first Glonass-M satellite was launched in 2001. Russia additionally launched six Glonass satellites into orbit in 2008.

“The satellite system is designed for both military and civil applications. As of July 2010, 21 satellites were operational in the orbit.”

Russia is sharing its Glonass satellite signal with India under a contract signed in September 2007. The sharing helps the Indian Military to improve the accuracy of its land, sea, air and space launched weapons systems.

Three Glonass and two triplets of Glonass-M satellites were set up in 2009, March 2010 and September 2010. Three additional Glonass-M satellites scheduled for launch from the Baikonur Space Centre in Kazakhstan in December 2010 failed and sank into non-navigational areas of the Pacific Ocean.

Glonass-K2 satellites will be launched in 2013-2015 while the first Glonass-KM is planned for launch after 2015.

The Glonass is launched into orbit atop a four-stage Soyuz-2 rocket launcher manufactured by ArianeSpace.

The Soyuz-2 is a medium lift rocket and features an advanced digital flight control system, a digital computer and inertial measurement unit, plus a large payload fairing.

In August 2011, Russia’s space forces began ground tests for a Soyuz-2.1b carrier rocket. The initial dry run of the rocket is being conducted at the Plesetsk Space Center.

Processing, retrieving and monitoring of real-time navigation data provided by the Glonass system is carried out at the GCS. The GCS is manufactured by Reshetnev Information Satellite Systems and is installed in Moscow.

The Glonass can be tracked and controlled using the Telemetry Tracking and Command (TT&C) system, which is deployed at the Saint Petersburg, Ternopol, Eniseisk and Komsomolsk-na-Amure regions.