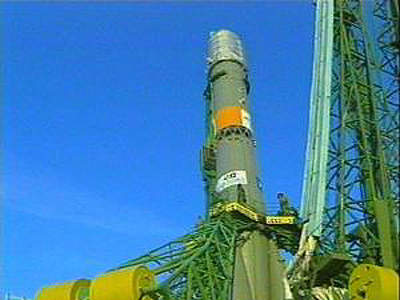 Globalstar satellites were launched from the Baikonur Cosmodrome in Kazakhstan. 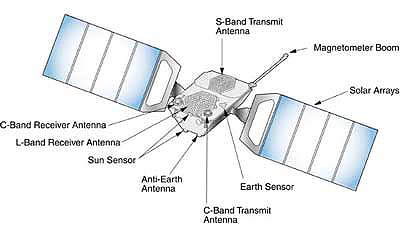 A Globalstar satellite and its components. 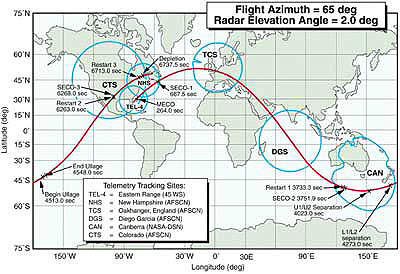 The orbit trace shows the track Delta 2 will follow into space and telemetry coverage zones. 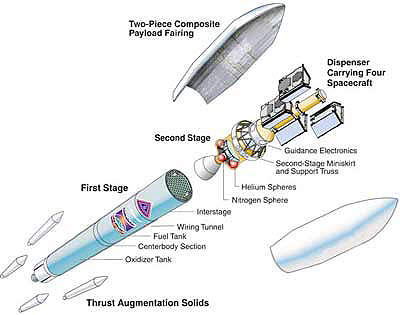 The Globalstar system is designed to provide affordable satellite-based digital voice services to a broad range of subscribers and users. Globalstar should meet the needs of cellular users and global travellers who roam outside cellular coverage areas, as well as residents of under-served markets who will use Globalstar’s fixed-site phones to satisfy their needs for basic telephony.

In parts of the globe lacking a communications infrastructure, the handheld Globalstar unit will send a signal to a satellite overhead. The satellite will then relay the signal to a regional ground station where the signal travels through a terrestrial network to its final destination.

As a wholesaler, Globalstar sells access to its system to regional and local telecom service providers around the world. These Globalstar partners, in turn, form alliances with additional providers. By extending their reach, Globalstar complements terrestrial networks, rather than competing with them.

Each Globalstar satellite consists of an antenna, a trapezoidal body, two solar arrays and a magnetometer, and operates at an altitude of 1,414km (876 miles). The satellites are placed in eight orbital planes of six satellites each, inclined at 52° to provide service on Earth from 70° North latitude to 70° South latitude. The Globalstar constellation consists of 48 LEO satellites, with an additional four satellites in orbit as spares.

The Globalstar system’s software resides on the ground, not on the satellites, which means fast and easy system maintenance and upgrades. The satellites use ‘bent-pipe’ architecture (a signal relay scheme in which a terrestrial-based signal is sent to a satellite, which then relays the signal back to earth with minimal processing by the satellite).

On any given call, several satellites transmit a caller’s signal via CDMA technology to a satellite dish at the appropriate gateway. The call is then routed locally through the terrestrial telecommunications system. Gateways are an integral part of the Globalstar ground segment, which also includes Ground Operations Control Centres (GOCCs), Satellite Operations Control Centres (SOCCs) and the Globalstar Data Network (GDN).

Each gateway, which is owned and managed by the service provider for the country in which the gateway is located, receives transmissions from orbiting satellites, processes calls and switches them to the appropriate ground network.

GOCCs are responsible for planning and controlling the use of satellites by gateway terminals and for co-ordinating with the Satellite Operation Control Centre (SOCC). GOCCs plan the communications schedules for the gateways and control the allocation of satellite resources to each gateway.

Space Systems Loral is the prime contractor for the Globalstar satellites. The company has employed Aerospatiale, Alcatel, Daimler-Benz Aerospace, Alenia, Finmeccanica and Hyundai in the design and manufacturing process.