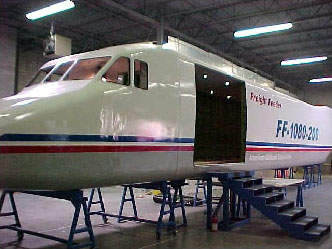 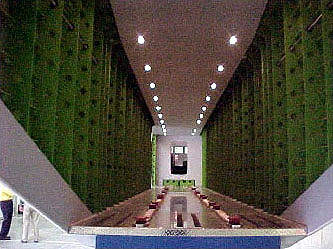 The FF-5000 is designed to maximise cargo capacity. 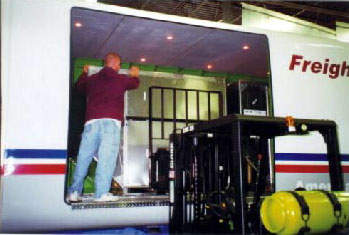 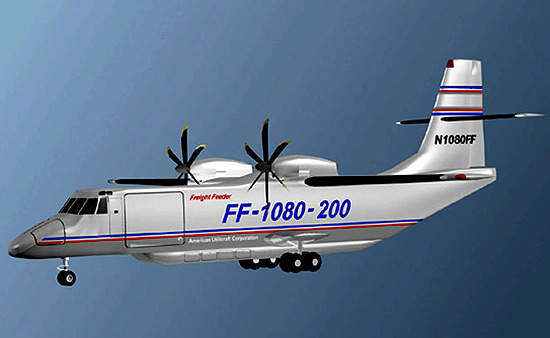 The FF-5000 aircraft has the capacity to carry standard industry air containers on short to medium-range / medium-density routes. 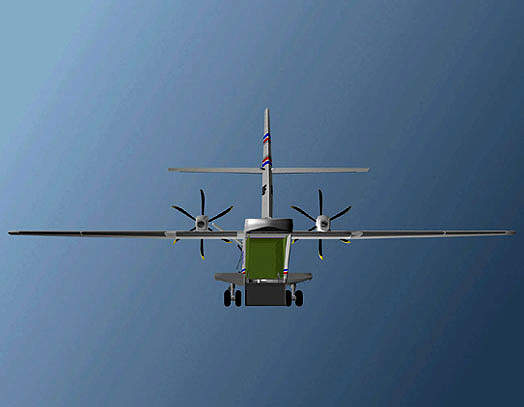 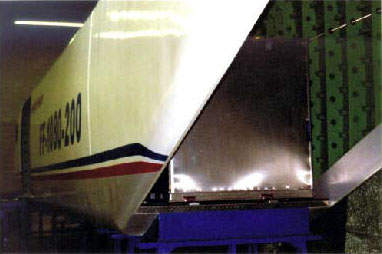 The FF-5000 aircraft can also be loaded from the rear. 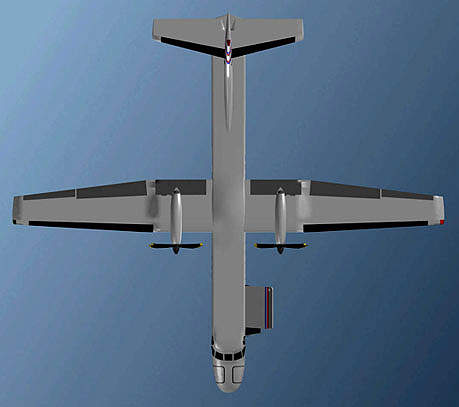 The FF-5000 has the capability to carry standard industry air containers on short to medium-range / medium-density routes and features an integrated air cargo information system for the freight feed market. The market niche for which the FF-5000 is targeted, is the immediate and future demands of e-commerce distribution for more shipments, in small quantities, delivered directly to consumer’s doors.

In 1991, the company filed patents for the FF-1080 aircraft design and the ETA automatic freight tracking system. The company later filed an additional patent on an automated flat-rate system (AFRS) that improves fuel efficiency on each flight segment. In January 2000, AMUC began detailed engineering of the FF-1080-200 prototype aircraft with Aircraft Design Services Incorporated (ADSI) of San Antonio, Texas.

Metalcraft Technologies of Cedar City, Utah will manufacture the forward, centre and aft fuselage and empennage assemblies. M7 Aerospace will supply the prototype wing and power plant installation. In July 2007, Metalcraft cut first metal for the fuselage of the first FF-1080-200 prototype. Following the decision to change the design of the first prototype to the FF-5000, Metalcraft recommenced the construction in February 2008. The prototype is planned for completion by end of 2010.

“The FF-5000 has the capability to carry standard industry air containers on short to medium-range / medium-density routes.”

Metalcraft Technologies Inc of Cedar City, Utah will be the manufacturer of the forward, centre, and aft fuselage and empennage assemblies. M7 Aerospace will supply the prototype wing and power plant installation. Final assembly of the FF-5000 aircraft will take place at Utilicraft’s final assembly facility on Double Eagle Airport, Albuquerque, New Mexico.

In January 2007, Utilicraft Aerospace Industries signed a letter of intent with R&D Development Corporation for the construction of a 55,500ft² flight test hangar and office facility, at Double Eagle II Airport, Albuquerque, for assembly of the aircraft.

In May 2009, Freight Feeder announced a “Green” FF5000 turbo-prop freighter aircraft. The aircraft will have the company’s patented AFRS that is claimed to reduce fuel consumption by 50%.

Development of the FF-1080 was slowed down following the events of 9/11 but, in January 2004, AMUC announced that WSI Hong Kong would purchase the first production lot of 36 FF-1080 aircraft. In March 2004, the companies announced an exclusive distributorship agreement for the Far East markets, including the acquisition of 300 FF-1080 freight feeder aircraft.

In June 2004 AMUC and Global Air Group, of Brisbane Australia, signed a letter of intent for the purchase of 50 FF-1080 aircraft, with 50 on option. The purchase agreement was signed in November 2004.

In July 2008, Freight Feeder Aircraft Corporation signed a letter of intent with MK Airlines for the purchase of ten FF-5000 aircraft, with five on option.

Freight Feeder Aircraft signed a letter of intent with Singapore-based Boulder Group in June 2008 to supply five FF5000 aircraft with an option of another five.

In November 2009, a letter of intent was signed with Worldwide Perishables of Canada for supplying two FF5000s, with an option of three more. The aircraft has 50 orders under LOI with international customers.

The FAA part 25 certification process is scheduled to be completed in late 2010. The certification will allow the company to produce the FF4000 and FF5000 aircraft. Deliveries to customers will begin by the end of 2013.

“The FF-5000 freight feeder turboprop aircraft will be able to carry a payload of over 9,000kg.”

The aircraft is also designed for short take-off and landing (STOL), having the capability to take-off from airfields with less than 3,000ft of runway, expanding air cargo capacity to many smaller cities and airports. Only the cockpit is pressurised. The landing gear, from Castle Precision Technologies, is fixed.

Cockpit Integrator for the FF-5000 “glass” cockpit will be Meggitt Avionics, based in Manchester, New Hampshire.

The production FF-5000 will be able to carry a containerised payload of over 15,875kg (35,000lb), in six AMA or AMJ containers or a combination of containers and pallets.

The aircraft has side and aft container doors. The cargo roller floor will be provided by AAR Cargo Systems. Hi-Temp Insulation is responsible for cargo bay insulation systems.

The aircraft is powered by two Rolls-Royce Allison AE2100D3 turboprop engines, which are rated at 33,415kW (4,580shp) each. The engines are fitted with FADEC (full authority digital engine control). Dowty provide the R391 six-bladed propellers.

The AFRS is designed to economically manage the power of turbine-powered aircraft engines and automatically sense and adjust the required engine power for take-off and cross country flight depending on aircraft weight and atmospheric and runway conditions. The AFRS is designed to provide a more fuel-efficient aircraft and also prolongs engine life, thereby increasing safety and reducing engine overhaul cost.

The AFRS computer receives input from the air data computer, the ETA (including gross take-off weight for each route segment) and the navigation and GPS computers (including airport location, runway length, atmospheric conditions and route profile) and then sends instructions to the engine to reset the power limits and the fuel flow curve.