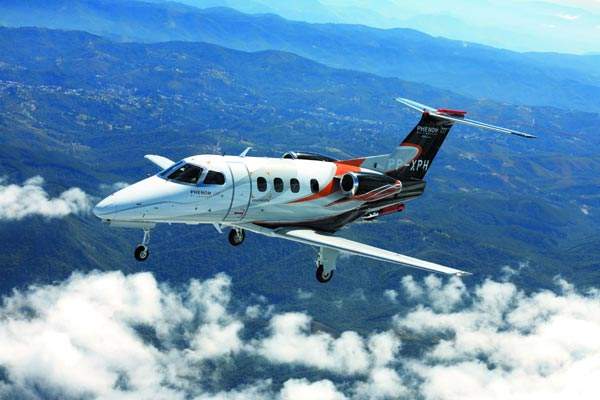 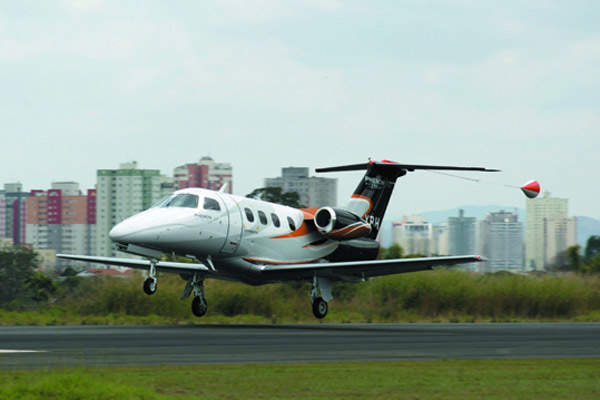 The Phenom 100 taking off on its first flight in Sao Jose dos Campos, Sao Paulo, Brazil. 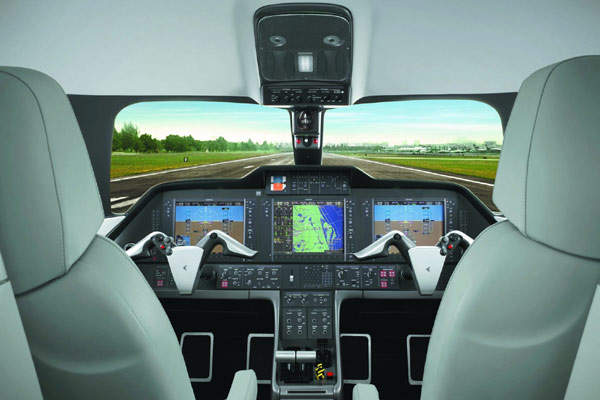 Flight deck of the Phenom 100 with Garmin Prodigy avionics suite. 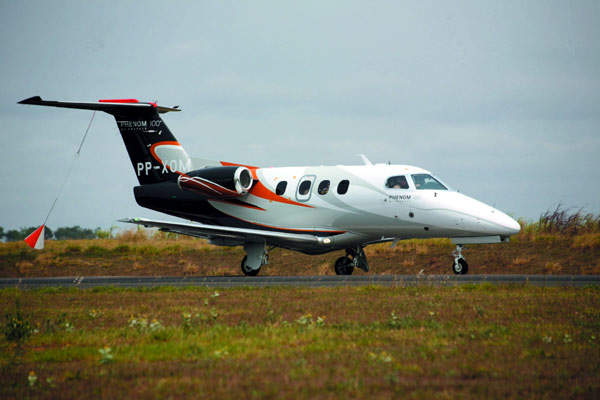 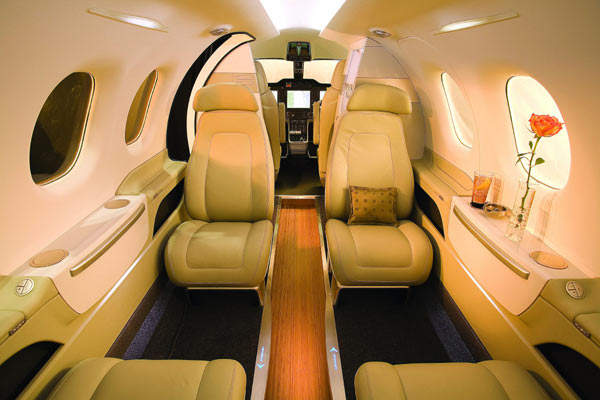 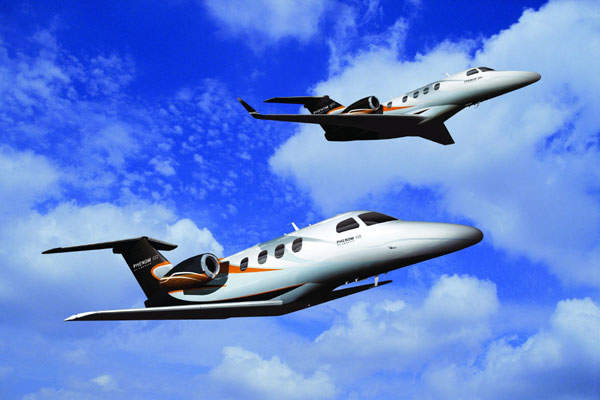 In January 2011, the Phenom 100 received certification from the ANAC and EASA, which allows the aircraft to have a belted toilet. Embraer is expecting approval from the FAA very soon.

Embraer has received over 800 orders for the Phenom 100 and 300 jets. The first Phenom 100 in Brazil was delivered to Algar Aviation, from Uberlândia, Minas Gerais, for its charter operations; Wellborn Participações, from Londrina, Paraná; and Locar Guindastes e Transportes Intermodais, from São Paulo in June 2009. Embraer plans to manufacture up to 150 aircraft a year. As of July 2009, around 20 Phenom 100 jets are operational worldwide.

The 100th Phenom 100 aircraft was delivered in January 2010 to US-based Jetsuite.

Mumbai-based Invision Air received its first delivery of the 18 orders placed in November 2010.

The 200th Phenom 100 aircraft was delivered to the Swift Aviation Group in May 2011.

The aircraft is of 20% carbon-fibre composite and 80% metal construction. The Phenom 100 has a low straight wing with a slight sweep on the leading edge, two rear mounted engines and a T-tail.

The flight controls are driven by mechanical cable.

The Phenom 100 Prodigy flight deck is based on Garmin’s all-glass, fully-integrated G1000 avionics suite. The flight deck is similar to that in large commercial jets and features two primary flight displays (PFD) and one multi-function display (MFD) which are interchangeable.

The aircraft is fitted with a mode-S transponder for traffic information, a terrain awareness system, a XM satellite weather data link, a horizontal and vertical scan digital weather radar, and dual radio communications.

The flight deck is fitted with an alphanumeric keypad control.

The interior is designed by BMW Group Designworks USA. The cabin typically seats four passengers and can be customised in three seating configuration options: a business cabin layout with two forward and two rear facing reclining leather seats, or an air taxi layout with four forward or six forward facing seats. Each seat is fitted with pilot-passenger communications and a laptop port.

The cabin is fitted with a wardrobe or refreshment centre and satellite communications. There is a 1.55m³ baggage storage volume, including a non-pressurised 1.27m³ area in the aft section of the fuselage. The aft baggage space is accessed via an external door.

“The Phenom 100 has a low straight wing with a slight sweep on the leading edge.”

The cabin door is on the port side.

The trailing link main landing gear is hydraulically operated and fitted with anti-skid and brake-by-wire.

Eaton Corporation was selected to supply the hydraulics system.