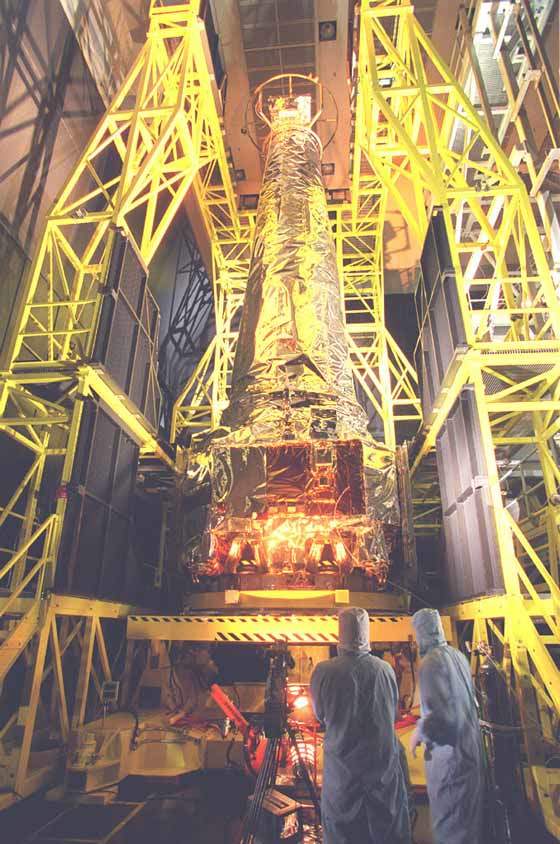 The assembled telescope before unveiling. 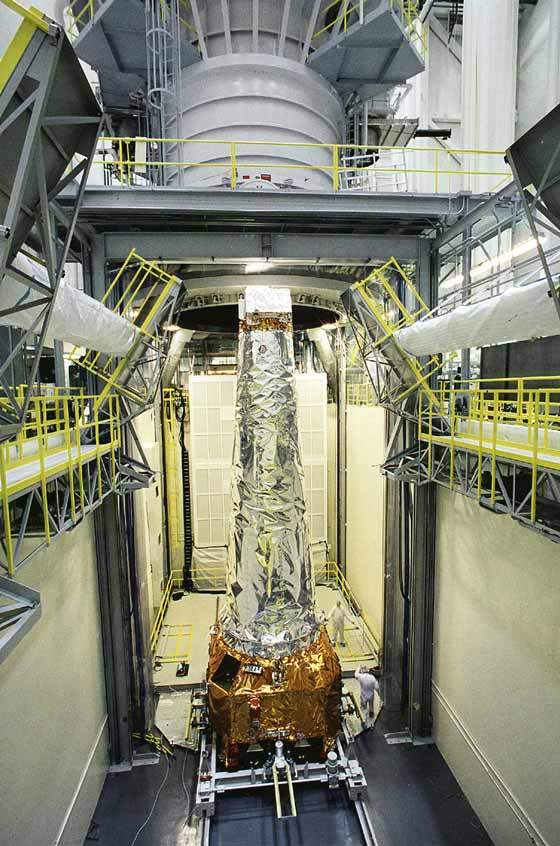 The Chandra X-ray telescope is put in a vacuuum chamber for testing. 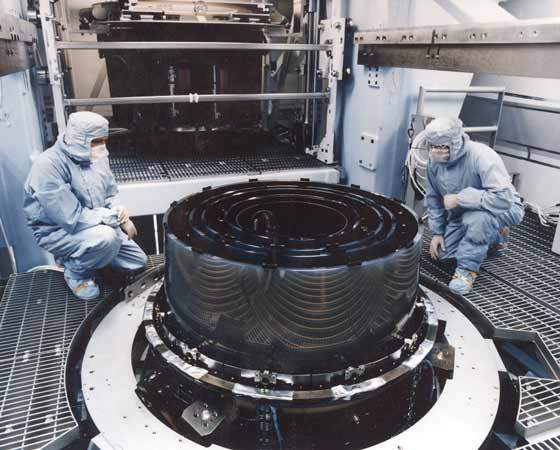 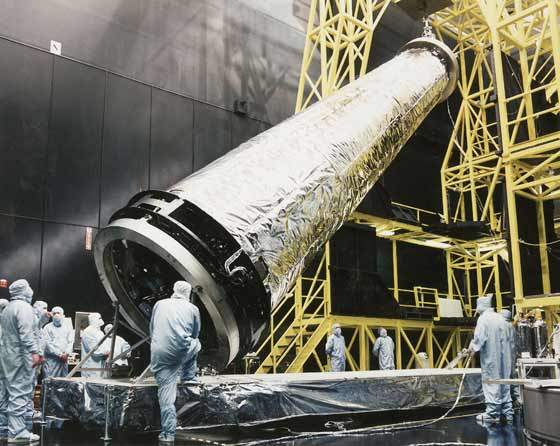 The optical bench is mated with the high resolution mirror assembly. 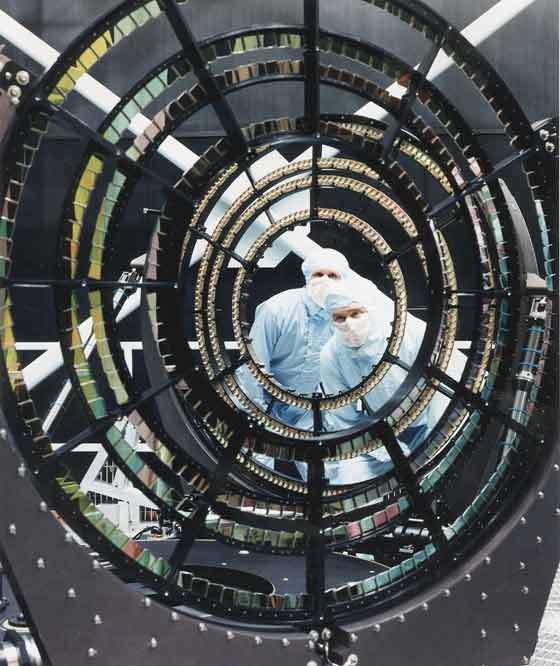 Chandra is a sophisticated instrument that represents a tremendous technological advance in X-ray astronomy. It is the third of NASA’s great observatories. The Chandra observatory was first proposed to NASA in 1976 and funding began in 1977 when NASA’s Marshall Space Flight Centre began the definition studies of the telescope.

It is designed to allow scientists from around the world to obtain unprecedented X-ray images and spectra of violent, high-temperature events and objects to help foster a better understanding of the universe. By allowing the users to gaze across vast distances, the telescope should help inform scientists as to the origin of the Universe.

The orbit life of the spacecraft is expected to be less than five years. During this time the perigee of the orbit will be 10,000km, and the apogee will reach 140,000km. The estimated cost of the programme is $2.5 billion.

Chandra, which was launched by the Space Shuttle on 23 July 1999, was carrying the largest and heaviest load ever by a space shuttle. The satellite weighed a total of 12,930lbs at its launch. This consisted of 10lbs pressurant, 2,153lbs propellant and a further 10,560lbs for the "dry" parts. The spacecraft was more than 10m long.

The rocket uses four engines. These are in action two at a time. The fuel used is Hydrazine; the oxidiser is Nitrogen tetroxide. The satellite is powered by two solar panel arrays, three panels each. These can generate a total of 2,350W. The power is stored in three-nickel hydrogen batteries. The batteries will allow the spacecraft to function when the craft is in an eclipse. For communications, the satellite has two low gain antennas. The command link can handle 2kb/s (kilobytes/second).

The centrepiece of the whole device are four sets of nested, grazing incidence paraboloid/hyperboloid mirror pairs. The weight of the mirrors amount to 2,093lbs. Mirrors are each 83.3cm long, constructed of zerodur material, polished to better than 7 angstroms root-mean-square (RMS) micro roughness. The mirrors have a thin coating of iridium of 600 angstroms. The X-ray telescope has a focal length of 10m and an outer diameter of 1.2m. Because of their high energy, X-ray photons penetrate into a mirror in much the same way that bullets slam into a wall. Likewise, just as bullets ricochet when they hit a wall at a grazing angle, so too will X-rays ricochet off mirrors. The mirrors have to be carefully shaped and aligned to be nearly parallel to incoming X-rays. Thus, they look more like glass barrels than the familiar dish shape of optical telescopes.

There were a number of companies involved in the project. The TRW Space and Electronics Group were responsible for the completion and final assembly of the observatory. Raytheon Optical Systems has worked with NASA previously and their involvement with previous projects places them in ideal partnership. With knowledge and experience in satellite and space related programmes. Optical Coating Laboratories, manufacturer of optical thin film coatings and components used to manage light provided the lens and mirrors responsible for viewing images that are sent back. Eastman Kodak designed, built and integrated the X-ray telescope mirrors.