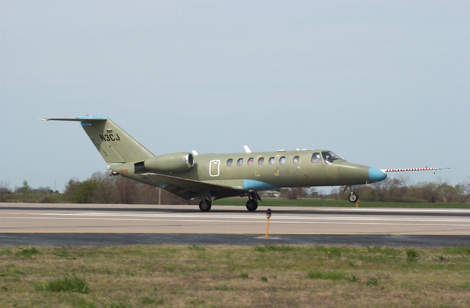 The Citation CJ3 at its first landing at Mid-Continent Airport, Wichita, Kansas. 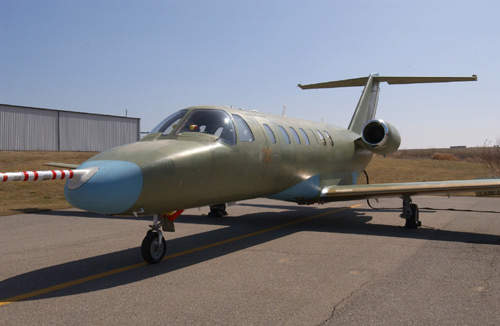 The Citation CJ3 during first engine run up and taxi. 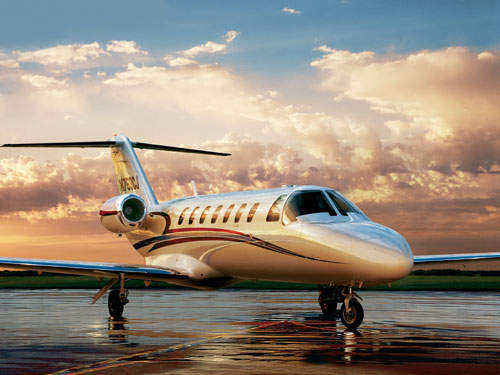 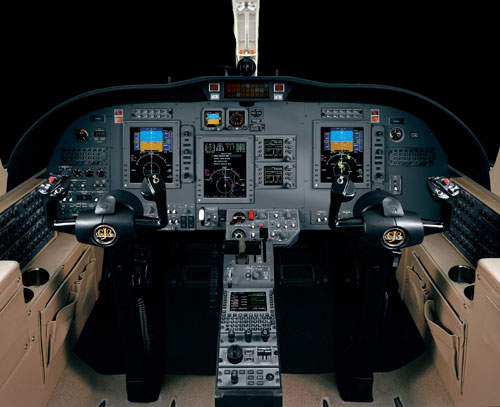 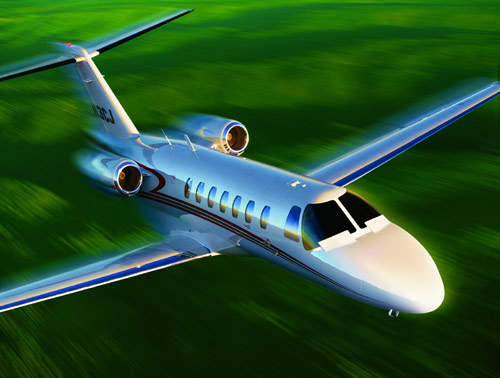 The CJ3 has a more powerful engine, more cabin room, about 10% higher take-off weight and 12% higher cruise speed than the Citation CJ2. 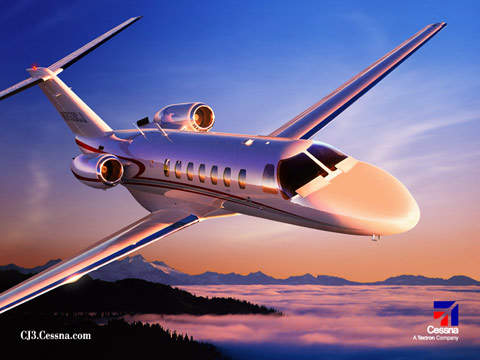 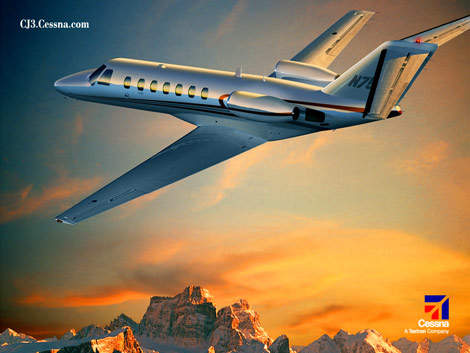 Cessna announced the CJ3 aircraft in September 2002 and the roll out ceremony took place in February 2004. The CJ3 was awarded FAA type certification in October 2004 and first entered service in December 2004. The 100th CJ3 was delivered in November 2006. Cessna had received more than 230 firm CJ3 orders.

The Citation CJ3 was awarded “Best of the Best” in the light business jet category for the second time by the Robb Report in June 2010.

In May 2009, ACR Aero-Charter Airlines received its first of three CJ3s ordered from Cessna. The second was delivered in July 2009 and the third is scheduled to be delivered in 2010

The CJ3 is a development of the Citation family of business jets with more powerful engine, a 1m-longer fuselage providing more cabin room, about 10% higher take-off weight, and 12% higher cruise speed than the Citation CJ2.

The majority of the manufacturing of the Citation CJ3 aircraft is carried out on the CJ1, CJ2, CJ3 common production line at Cessna’s manufacturing facilities in Wichita, Kansas.

The aircraft is mainly of metal construction with low-weight composite materials in the fairings, wing tips and tailplane tips. The CJ3 aircraft is of similar design to the original Citation jet with tapered three-spar wings attached to the lower fuselage and podded engines mounted above the rear fuselage. The T-tail has a tapered tailplane.

The cockpit accommodates two crew members but is designed for single pilot operation.

The cabin accommodates six club seats in a centre-aisle configuration The CJ3 cabin is 0.61m (23in) longer than that of the CJ1 and CJ2, providing extra leg room for the passengers. The wing construction does not include a spar carry-through in the cabin which necessitates stepping over in a conventional aircraft layout. The cabin can be customised to the operator’s specification. The cabin is air conditioned, heated and pressurised to a nominal pressure differential of 8.9psi (61kP).

There are three baggage holds in the nose, tailcone and in the cabin, providing a total baggage volume of 1.99m³. The baggage compartment in the cabin is accessible in flight.

“The CJ3 aircraft is powered by two Williams FJ44-3A engines.”

The CJ3 aircraft is powered by two Williams FJ44-3A engines, each rated at12.37kN and providing nearly 15% additional take-off thrust compared to the CJ2. The engines, fitted with full authority digital engine control, are pod mounted above the rear section of the fuselage. There are two independent fuel systems with integral fuel tanks and a maximum fuel capacity of 1,783kg. The engine air intakes are fitted with engine bleed air anti-icing system.