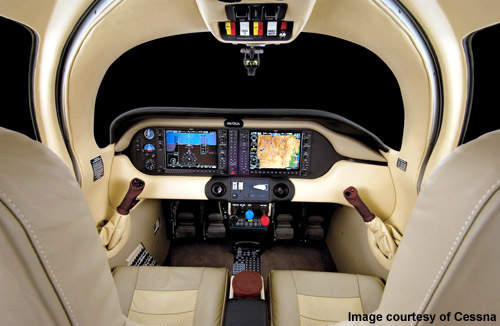 The flight and engine control for both the Cessna 350 and 400 is displayed by the Garmin G1000 avionics system. 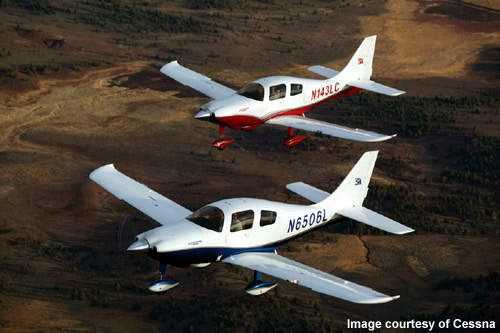 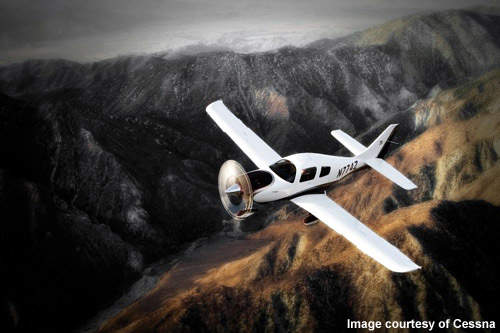 The Cessna 400 claims to be the fastest fixed-gear single-engine piston aircraft on the market.

Formerly known as Columbia 350 and 400 aircraft when they were first introduced in 2002, the now Cessna 350 and Cessna 400 respectively are manufactured by Cessna following the company's auction purchase of the Columbia Aircraft Manufacturing Company from the United States Bankruptcy Court for the District of Oregon in November, 2007.

Cessna claims that the Cessna 400 is the fastest fixed-gear single-engine piston aircraft on the market today, citing the 400's maximum cruise speed of 435.2km/h. The Cessna 350 and 400 models airframes, including the control surfaces, are entirely made from fibreglass and carbon fibre, the landing gear and the engine mount are the only primary structures manufactured in steel.

The 400 model is equipped with a twin turbocharger intercooled Teledyne Continental TSIO-550-C, which enables it to cruise at 435km/h at heights up to 7,620m; the 400 has a built-in standard four-place oxygen system.

The Cessna 350 and 400 are both certified to the requirements of US FAA Federal Aviation Regulation Part 23 through amendment 23-46, including day, night, VFR (visual flight rules) and IFR (instrument flight rules). As of July 2008, Cessna had delivered 150 350 and 400s. It achieved European Aircraft Safety Agency (EASA) certification in February 2009. Cessna’s model 350 is spin resistant while the 400 model is spin recoverable.

The flight and engine control for both the Cessna 350 and 400 is displayed by the Garmin G1000 avionics system in a split screen format, which includes features such as, a GEA-71 engine / airframe computer, a GDL-69A flight information system (FIS) w/XM radio and an Artex ELT-ME406 emergency locator transmitter.