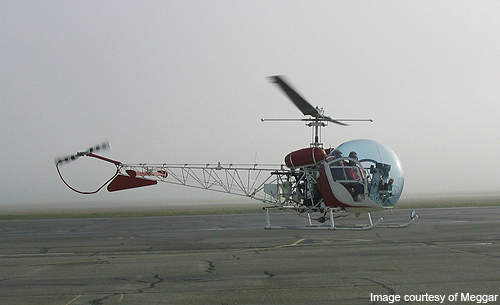 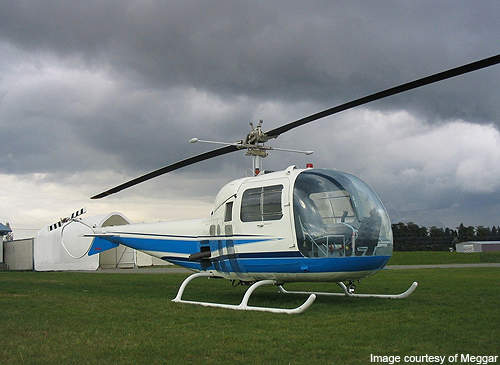 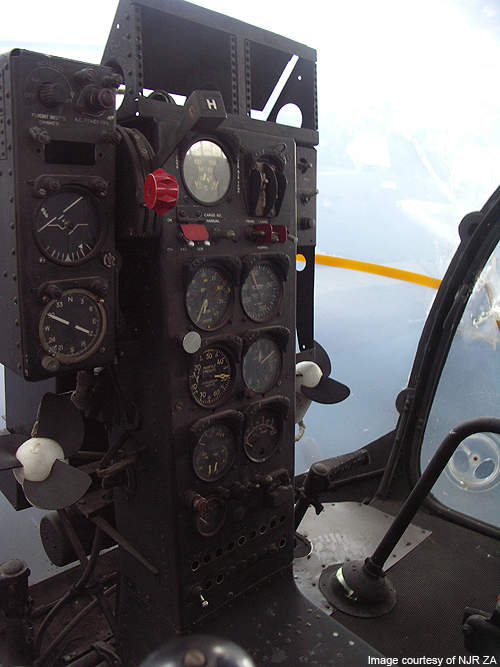 The Sioux HT mk2 interior in the Bell 47G. 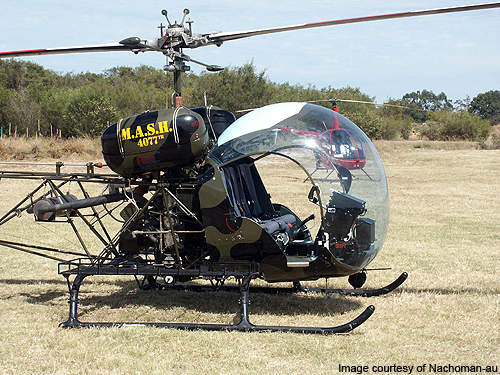 The Bell 47G in MASH paint. 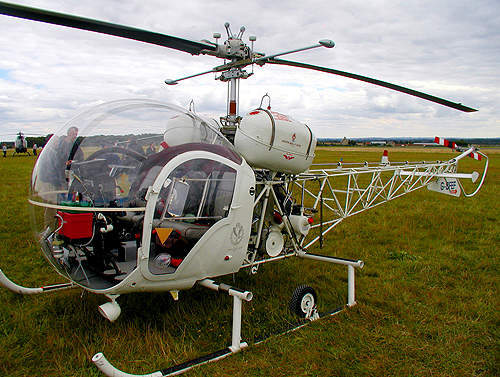 Bell 47 is a single-engine light helicopter designed by Arthur M Young and manufactured by Bell Helicopter Textron in the US. It can be used for agriculture spraying and smoke jumping. It took its maiden flight in December 1945. It became the first helicopter to be certified for commercial use in March 1946. The helicopter entered into service in the same year.

The helicopter recorded an altitude of 18,500ft in May 1949. It was used as the Los Angeles County Fire Department’s first aircraft in 1957 for firefighting support. About 5,600 of these helicopters are currently in service worldwide. Bell 47 type certificates were migrated to Scott helicopters in 2010.

The Bell 47 has 16 variants. The Bell 47A is an enhanced version of the original Bell 47. It is powered by a single Franklin O-335-1 piston engine. This engine can produce 117kW of output power.

The Bell 47B is a military version and is powered by the Franklin O-335-1 piston engine. The Bell 47B-3 is an agriculture or utility version, fitted with an open cockpit. The Bell 47D is an advanced version of Bell 47. It is the first helicopter fitted with a moulded “goldfish bowl” canopy.

“The Bell 47 light helicopter can be used for agriculture spraying and smoke jumping.”

The Bell 47G is an improved version of Bell 47D-1. It is a three-seat helicopter featuring metal rotor blades and a two saddle-bag fuel tank. The Bell 47G-2 is powered by a single Lycoming VO-435 engine. It is a military variant produced for the UK military under Westland Aircraft and Westland Sioux licence.

The Bell 47G-2A is incorporated with a powerful Lycoming VO-435 engine. Each engine can produce 179kW. The Bell 47G-2A-1 is an improved version of Bell 47G-2A fitted with large cabin, enhanced rotor blades and increased fuel capacity.

The Bell 47G-3 is fitted with an advanced supercharged 168kW Franklin 6VS-335-A. The Bell 47G-3B is incorporated with Avco Lycoming TVO-435 turbocharged engine which can produce 209kW of power.

The Bell 47G-4 is a three-seat configuration helicopter powered by an Avco Lycoming VO-540 engine. The Bell 47G-5 is an agriculture version earlier known as Ag-5. It includes a cockpit with two side-by-side seats. The production of these helicopters was stopped in 1973.

The Bell 47H-1 features an enclosed cabin and fuselage section. The variant is fitted with three seats in the cockpit. The Bell 47J Ranger is powered by Avco Lycoming VO-435 engine. It entered into production in 1956.

The Bell 47 features a bubble cockpit with full cowling and monocoque tail boom. It is also fitted with the wielded-tube tail boom, two main rotor blades, and No Bar control system. This helicopter was developed to market a luxurious version of the basic model 47G. It is used as both trainer and agriculture spraying aircraft.

The helicopter is equipped with a bubble-shaped canopy and two-seat flight deck for both the pilot and co-pilot / trainer.

“The Bell 47 features a bubble cockpit with full cowling and monocoque tail boom.”

The Bell 47 is powered by a single Lycoming TVO-435-F1A flat six-cylinder, reciprocating engine. Each engine can produce 210kW of output power. It is a direct drive, air-cooled and normally aspirated engine. Each cylinder comprises steel barrels with aluminium heads. The valves of the engine are operated by hydraulic lifters. Lycoming TVO-435-F1A is incorporated with Induction Marvel-Schebler MA-4-5 carburettor. The engine weighs about 350lb to 379lb.

The Bell 47 features a skid-type landing gear. An earlier version of the helicopter was fitted with four-wheel landing. The helicopter is equipped with VTOL system for taking off and landing vertically.