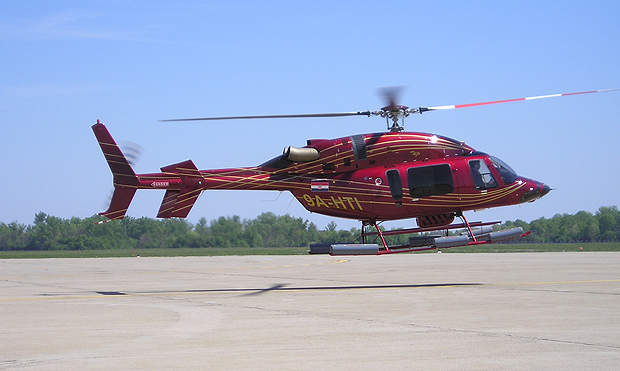 The Bell 427 landing at Zagreb Airport in Croatia. 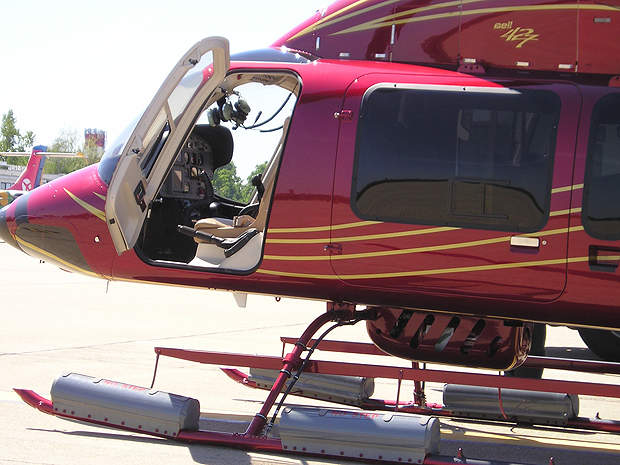 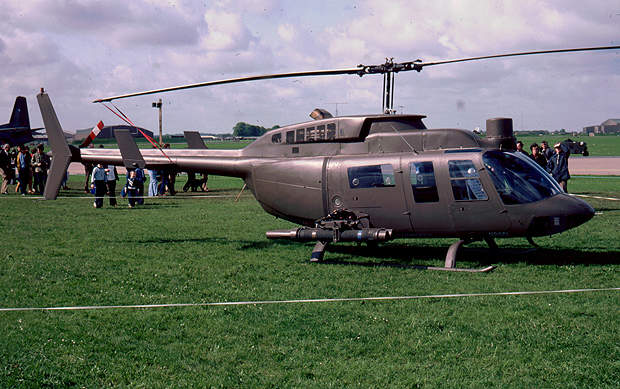 An earlier version of the Bell 427.

The Bell 427 is a twin engine, multirole, light utility helicopter designed and manufactured by the Bell Helicopter Textron Company, US and Samsung Aerospace Industries, South Korea. The aircraft is principally used for passenger transportation and aero-medical evacuations, and was built to replace the earlier Bell 206LT twin-ranger helicopter.

The Bell 427 is the first aircraft in the Bell fleet to be designed completely on a computer, using CATIA 3D modelling. The final assembly took place at Bell’s Mirabel Quebec facility, and the aircraft was officially unveiled in February 1996 at Heli Expo in Dallas, US.

The maiden flight of the Bell 427 took place on 11 December 1997. The aircraft obtained Canadian certification on 19 November 1999 and US certification was received in January 2000. It entered service in 2000.

The Bell 427 has a single variant, the Bell 427i (now known as the Bell 429), which is an improved version of the Bell 427. It was developed jointly by Korean Aerospace Industries and Mitsui Bussan Aerospace in 2004, and features an advanced glass cockpit and navigation systems facilitating single-pilot flying under instrument flight rules (IFR).

The fuselage length of the Bell 427i has been increased by 0.36m, and it incorporates a powerful engine and transmission system.

“The Bell 427 is the first aircraft in the Bell fleet to be designed completely on a computer, using CATIA 3D modelling.”

The company received 22 orders for Bell 427 helicopters at the 1996 Farnborough Air Show in the UK, and 85 aircraft had been ordered by 50 customers worldwide by 2000. Five were sold to CitiAir in South Korea by Samsung Aerospace Industries, and the first deliveries began in January 2000.

Deliveries include five in 2000, 15 in 2001 and a further five in 2002. Other customers of the Bell 427 include Khalifa Airways of Algeria and Elbit Systems. Khalifa Airways received one VIP configuration helicopter in February 2002.

The flight dynamics system for the Bell 427 is constructed by Bell Helicopter in Fort Worth, Texas. The tail boom and fuselage sections are manufactured by Samsung Aerospace Industries at its Sachon plant in South Korea.

The fuselage is constructed with composite materials, such as carbon or epoxy, while the tail boom is made from aluminium. The main and tail rotor blades are built with nickel-coated stainless steel.

The Bell 427 features a glass cockpit with two energy-attenuating seats for the pilot and co-pilot, plus a glass canopy for clear visibility. The cockpit is equipped with an integrated instrument display system (IIDS), vertical speed indicator, airspeed indicator, magnetic compass and an electrically heated pilot system. It also incorporates emergency warning and caution indicators, and electrical systems.

The cabin of the Bell 427 is comfortable and spacious, with seating for up to seven passengers in a two-three-three arrangement in standard configuration. The cabin also features a hinged main door and an optional sliding door.

While operating as an ambulance, the helicopter is equipped with two patient stretchers and two medical attendants.

The power is supplied by two Pratt & Whitney Canada PW207D turboshaft engines, each producing 529kW. The engines are equipped with a full authority digital electronic control (FADEC) system, which reduces the workload of the pilot by performing automated operations.

It is also equipped with low skids as standard, and optional high skids and emergency floats.