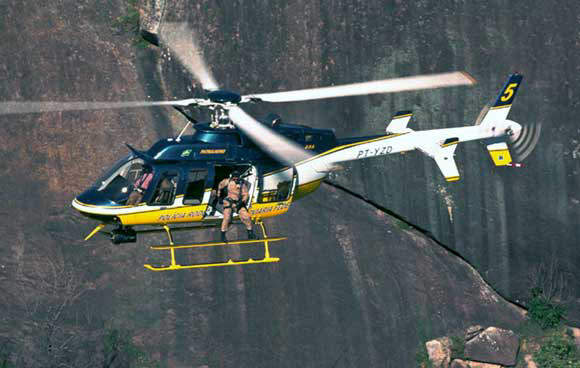 Since the first flight of the Bell 407 helicopter took place in 1995, the helicopter has completed more than 1.2 million flight hours and they are operational in more than 40 countries worldwide. 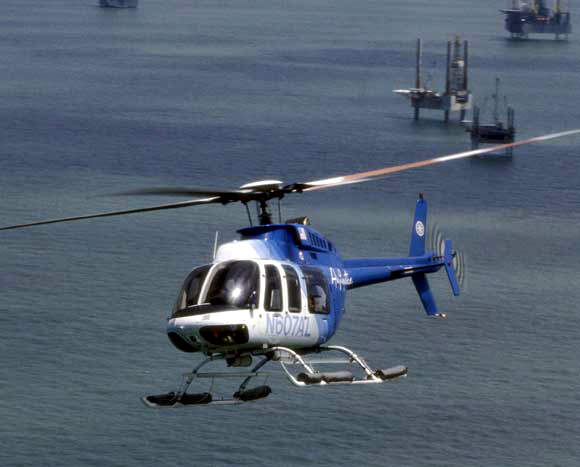 Bell Helicopter delivered the 1,000th 407 aircraft to the Shin-Nihon Helicopter Corporation in June 2010. 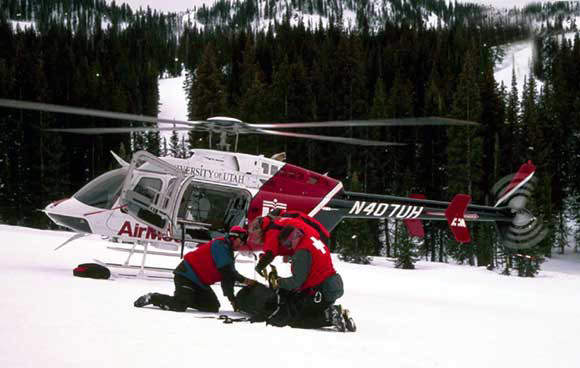 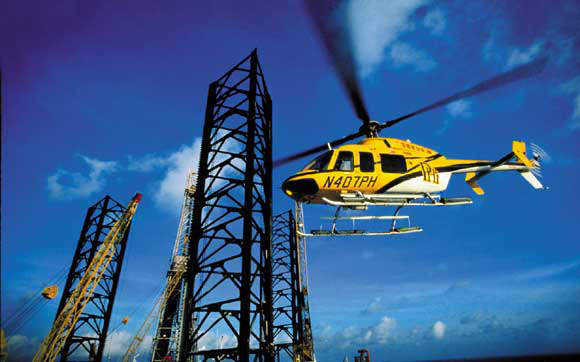 The Bell 407 is a derivative of the Bell 206L-3 LongRanger. The helicopter can fly in arctic, desert and hot-and-high environments. 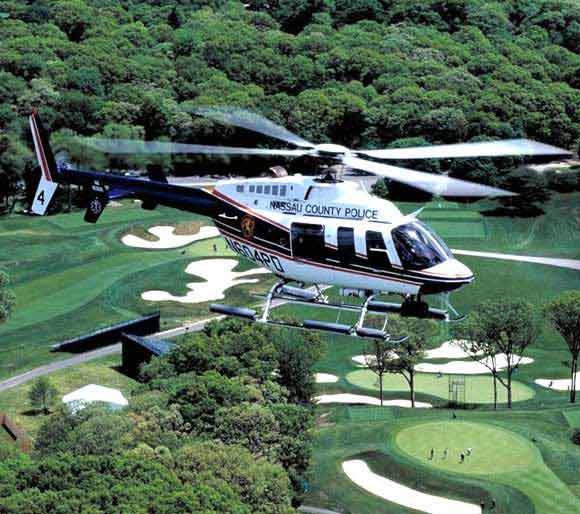 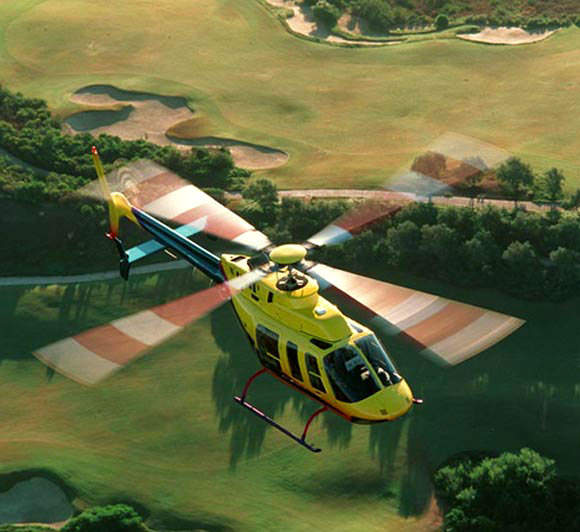 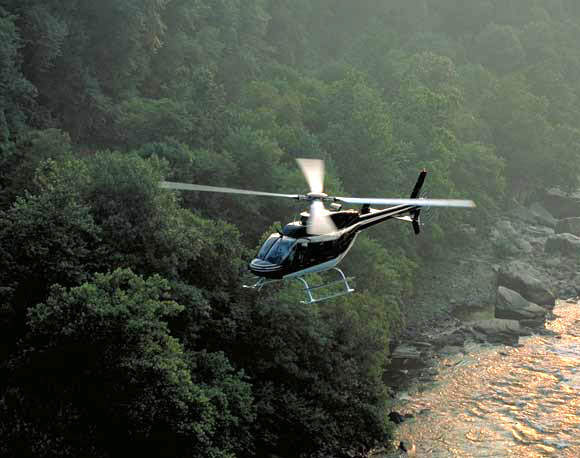 Since the first flight of the Bell 407 helicopter took place in 1995, the helicopter has completed more than 1.2 million flight hours and they are in operation in more than 40 countries worldwide. The aircraft entered service in 1996. The seven-seat helicopter has a range of 612km (330nm).

Bell Helicopter delivered the 1,000th 407 aircraft to Shin-Nihon Helicopter Corporation in June 2010. The Bell 407 is manufactured by Bell Helicopter Textron in Mirabel, Canada. It is a high-manoeuvrability, four-bladed, light helicopter with hot and high altitude capability.

It is a derivative of the Bell 206L-3 LongRanger. The helicopter can fly in arctic, desert and hot-and-high environments.

In August 2005, the US Army selected a variation of the Bell 407 for its armed reconnaissance helicopter ARH-70A – the replacement for the Bell OH-58D Kiowa Warrior helicopters, which were approaching the end of their operational life. The order was cancelled in October 2008.

Approximately 370 helicopters were to be built to enter service from 2010. The ARH-70A was to be armed with Hellfire missiles, 2.75in rockets and a Gatling gun that can fire 2,000 rounds a minute.

In January 2010, Bell 407 entered into the service of the air force of El Salvador, the Jamaica Defence Force and United Arab Emirates Air Force.

International orders and deliveries of Bell 407

Bell Helicopter Textron was awarded a $60.3m contract by the US Army in April 2009 for 24 Bell 407 helicopters, with an option of 26 more. The US Army will deliver the helicopters to the Iraqi Air Force under a planned foreign military sale.

Three Bell prototype 407 helicopters were procured by the US Army. After completion of the initial testing of the prototype, the 24 helicopters will undergo military-unique modifications before being delivered to the Iraqi Air Force. Deliveries began in late 2009.

The four-bladed, all-composite main rotor, diameter 10.67m, is of a similar design to that of the OH-58D Kiowa helicopter. It is installed with a soft-mount pylon isolation system providing quiet and comfortable flight characteristics for the crew and passengers.

The helicopter can be fitted with a Honeywell Bendix / King avionics suite with a KR 87 automatic direction finder, KLN 89B global positioning system, KCS 55A compass and emergency locator transponder through Bell optional equipment installation.

An automatic flight control system, the SFIM PA-85T AFCS, is available from Edwards & Associates through a customised installation.

The system includes an engine indication and crew alerting system (EICAS) display. The new cockpit has been installed as an option in new models since early 2007. Existing aircraft can be upgraded with the new cockpit.

Federal Aviation Administration (FAA) certification was received by Vector Aerospace in October 2009 to develop the supplemental type certificate (STC) for an integrated cockpit display system (ICDS) for the Bell 407 helicopter.

Vector Aerospace collaborated with Sagem Avionics to develop the STC. The companies have been manufacturing glass cockpit installation kits for the 407 since the approval of Transport Canada and the European Aviation Safety Agency (EASA).

The cabin is configured to suit the customer’s specifications and comfortably accommodates five passengers. A standard configuration has two rearward and three forward facing seats.

The helicopter carries a maximum payload of 1,089kg using the standard gross weight of 2,268kg, and carries 1,171kg at the alternative gross weight of 2,381kg (flying at gross weights above 2,268kg may result in a reduced take-off and landing envelope). The baggage compartment has a capacity of 0.45m³.

With the passenger seats removed, the cabin provides 2.4m³ of cargo space.

For emergency / air ambulance applications, the large cabin accommodates a stretcher patient and medical attendants. The starboard door is 0.91m wide and the standard bi-folding 1.55m-wide door on the port side gives fast and easy access.

The law-enforcement variant of the Bell 407, configured by Edwards & Associates, is equipped with bubble windows, searchlights and a forward looking infrared surveillance system.

The Bell 407 helicopter is fitted with a Rolls-Royce 250-C47B turboshaft engine with FADEC, providing main transmission power ratings of up to 606kW take-off power and 522kW maximum continuous power.

“It is a derivative of the Bell 206L-3 LongRanger. The helicopter can fly in arctic, desert and hot-and-high environments.”

This delivers a better spread with engine power to give improved high and hot capability.

The rupture-resistant fuel system has a 477l tank. For long-range operations, an auxiliary 75l tank can be installed in the baggage compartment. From 2007, the Bell 407 models have been assembled with a more powerful engine, the Honeywell HTS900, rated at 690kW (925shp).

In May 2010, Bell and its affiliate Aeronautical Accessories, began offering customers substantially higher performance from the Bell 407.