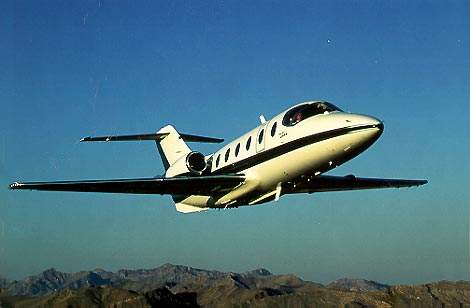 The Hawker Beechcraft Beechjet 400A light business jet was renamed the Hawker 400XP in May 2003 and has been upgraded with an increase in gross weight of 90kg. 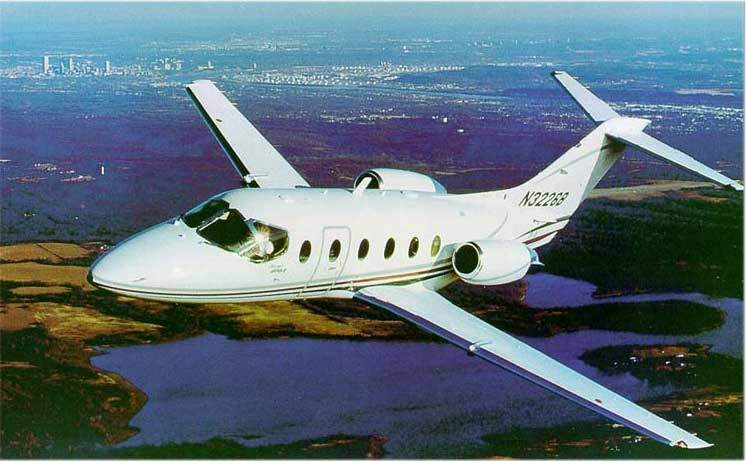 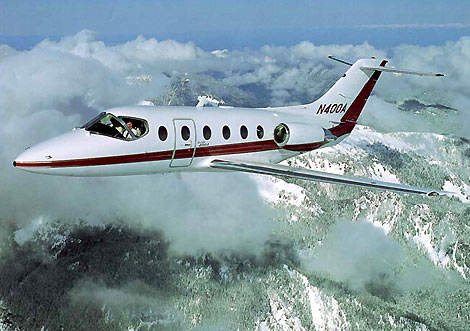 The 400XP business jet can accommodate up to eight passengers. 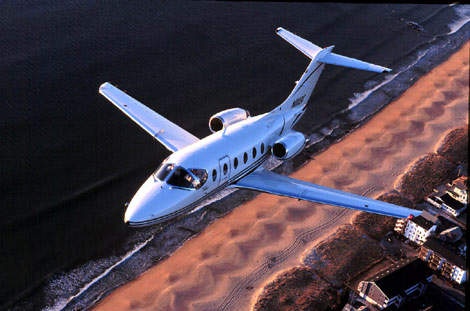 Maximum range with four passengers is more than 1,400nm. 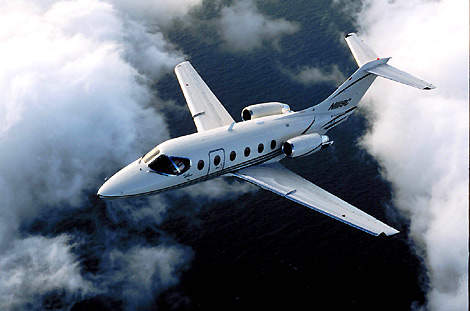 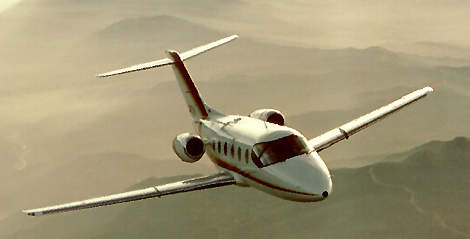 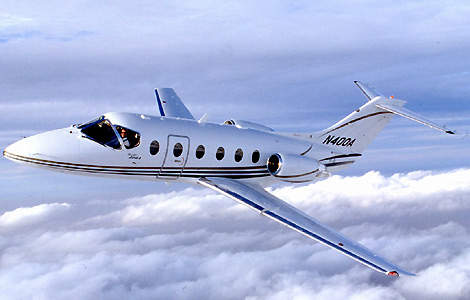 The aircraft has been sold to the US Air Force and the Japan Air Self Defence Force, for use in pilot training.

The Raytheon Beechjet 400A light business jet first flew in 1990. The aircraft was renamed the Hawker 400XP (extra payload) in May 2003. The aircraft has also been upgraded with an increase in gross weight of 90kg (200lb). This represents an extra passenger or extra fuel for increased range.

The 400XP, FAA-certified business jet provides seating for a maximum of nine passengers. Maximum range with a four-person payload is more than 2,734km (1,476nm) with IFR reserves and cruise speed is 778km/h (483mph).

The aircraft is derived from the Mitsubishi MU-300 Diamond which first flew in 1978. Beech entered an agreement with Mitsubishi in 1985 to acquire the rights to the Diamond II. Beech made a number of design modifications to improve the performance of the aircraft and it was renamed the Beechjet 400. In total, 64 Beechjet 400 aircraft were built.

Initially, Beech assembled aircraft components manufactured by Mitsubishi. However, by 1989, Beech had relocated the manufacturing to the Wichita based manufacturing facility. The 400A was announced in 1989 and it entered service in 1990. More than 500 Beechjet 400A / Hawker 400XP aircraft have been built.

The Hawker 400XP began the certification process for flights into London City Airport in July 2005.

Two 400XPs have been operating on a charter certificate with SaxonAir in the UK since July 2010.

“The Hawker Beechcraft Hawker 400XP is derived from the Mitsubishi MU-300 Diamond which first flew in 1978.”

In October 2008, Hawker Beechcraft received an order of 10 400XPs from ISIS Group.

In the same month, the company announced the Hawker 450XP, mid-size light business jet, a development of the Hawker 400XP, with new more efficient Pratt & Whitney Canada PW535D turbofan engines, Rockwell Collins Venue integrated cabin management system, more luxurious interior (based on that of the 900XP) and new Rockwell Collins Pro Line 21 integrated avionics system. The 450XP aircraft was officially cancelled at the National Business Aviation Association due to poor economic conditions in June 2009. The first delivery of 450XP was planned for the first quarter of 2010.

The United States Air Force flies the Beechjet T-1A Jayhawk, an adapted version of the 400A, for the tanker transporter training system (TTTS). The USAF took delivery of 180 Beechjets between 1991 and 1997. The avionics of the aircraft are located in the main cabin area. The aircraft is equipped with a higher power air conditioning unit, single point refuelling with an increased fuel capacity compared to the civil version. The windscreen and the leading edges have been strengthened to provide higher resistance to bird strike.

Ten Beechjet 400T aircraft are in operation with the Japan Air Self Defence Force used for pilot training. The aircraft were delivered between 1994 and 2000.

The interior of the trainer aircraft has been modified and the aircraft is equipped with long-range inertial navigation, thrust reversers and a direction finding system.

The flight deck of the 400XP accommodates two crew and is equipped with a Rockwell Collins Pro Line 4 EFIS electronic flight and information system with a three or four-tube colour primary flight display and multifunction displays. The central console houses additional navigation and back-up displays.

The electronic flight and information system is integrated with an attitude and heading reference system, an electronic map navigation display, an airspeed trend indicator, a V-speed indicator and a Doppler radar turbulence detector.

“Ten Beechjet 400T aircraft are in operation with the Japan Air Self Defence Force.”

Typical layouts for the Hawker 400XP are for an eight-seat configuration with private lavatory compartment and refreshment facilities. Cabin length is 4.72m with a width of 1.50m and a height of 1.45m. There is a 0.57m³ capacity for baggage.

The aircraft is equipped with two Pratt & Whitney Canada JT15D-5 axial flow turbofan engines with optional Nordan thrust reversers. The engines are each rated at 13.19kN (2,965lb) take-off power. The business jet variant has a fuel capacity of 2,775l.

The aircraft is equipped with electrically controlled and hydraulically actuated tricycle-type landing gear. The landing gear is fitted with single-wheeled units with Goodyear wheels and tyres and aircraft braking systems brakes. The main gear retracts inward and the nose unit retracts forward.