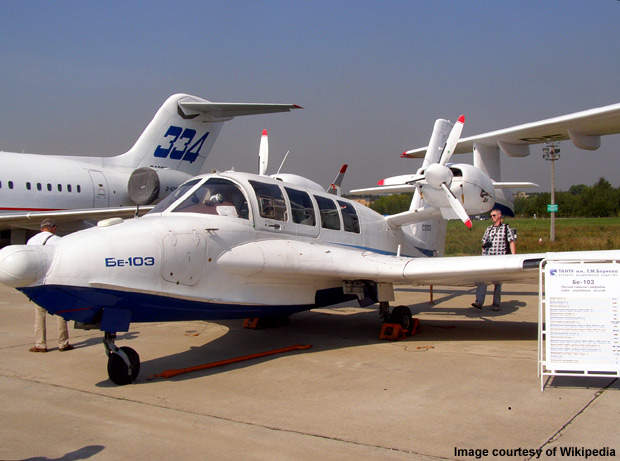 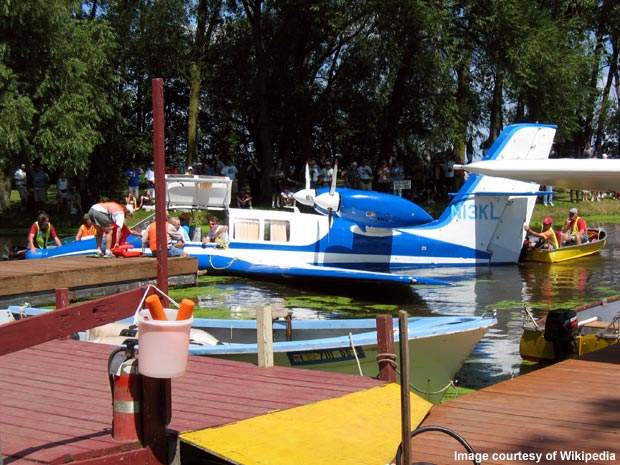 Be-103 moving from anchorage to cruise into water. 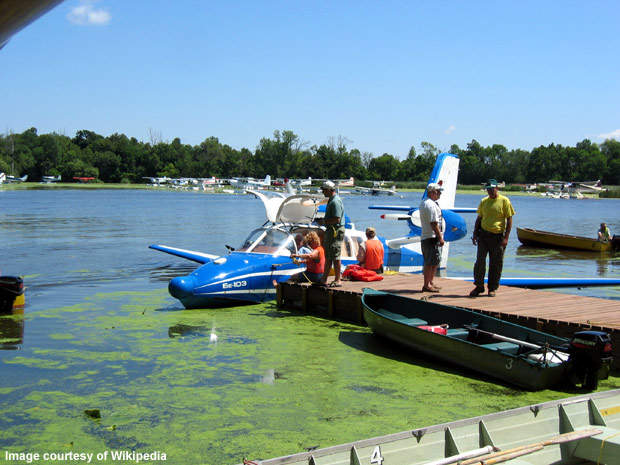 Be-103 being moored at the anchorage using snatch cleats. 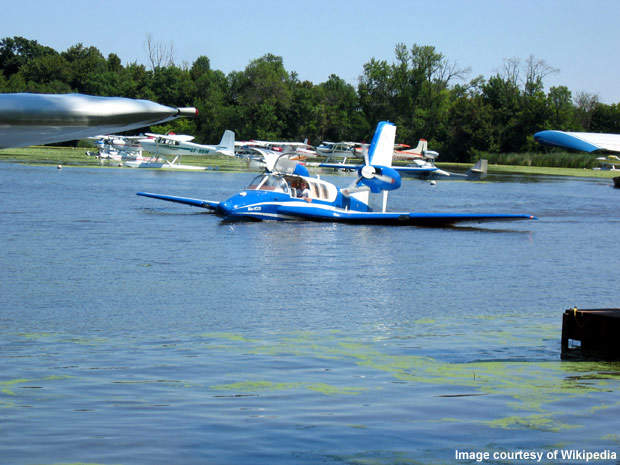 Be-103 performing its maiden flight.

The Be-103 is a multi-purpose amphibian seaplane manufactured by Russia’s Komsomolsk-on-Amur Aircraft Production Association. It has been used to transport passengers and cargo, maritime border patrols, for environmental monitoring, providing emergency medical assistance and pleasure trips. The aircraft made its maiden flight in July 1997 and it entered into service in 2003.

The aircraft can operate on paved and unpaved runways as well as from inland water reservoirs and offshore waters. The Be-103’s waterproof bulkheads separate the boat and wing compartments. The aircraft can cruise on water using floating assets including special kapron cords.

The single-engine SA-20P is an advanced version of the Be-103 and can accommodate eight passengers.

Be-103 design and features

The Be-103 was designed by Beriev Aircraft Company. It is a low-wing monoplane of riveted design built for short hauls over routes that have rivers, lakes and streams. A single-piece airframe structure is designed to reconcile the boat, centre wing section, fin and engine pylons.

Titanium alloys, polymers and glass-strengthened plastic materials are used to ensure the Be-103’s required strength and weight characteristics, as well enhancing the fire safety and survivability requirements of the aircraft.

The Be-103’s flight deck can accommodate a pilot and co-pilot. The central and upper sides of the flight deck are incorporated with instrument panels, which encompass radio communication and system control panels. The flight control and navigation equipment allow the aircraft to operate in bad weather conditions in day or night.

The cabin is 3.2m long, 1.25m wide and 1.23m high. It can comfortably accommodate five passengers. The cabin can be accessed through hatch foldings fitted in the front part of the aircraft. A ladder fitted in the left wing is used for the boarding and de-boarding of passengers.

The 4.2m³ cargo compartment is located to the back of the cabin. A buffer shelf exists between the seats and the back wall with slots for storing food and dishes. An electric supply system and temperature-controlled systems are also fitted on the rear side of the cabin.

“The Be-103 is powered by two Teledyne TCM IO-360ES4 air-cooled piston engines.”

The aircraft is equipped with Bendix/King avionics. The C 2400L4VT magnetic compass incorporated in the Be-103 displays the direction relative to the earth's magnetic poles.

The KR 87 automatic direction finder enables the aircraft to find its direction. The KLN 94 satellite navigation system is used to determine the position of the aircraft. The P/N 8000 airspeed indicator displays the speed of the aircraft.

The Be-103 is powered by two Teledyne TCM IO-360ES4 air-cooled piston engines. Each engine can produce a maximum of 157kW (210hp) power. The engine mounted on either side of the fuselage section is designed to operate in various temperatures, including +45°C to -55°C. The aircraft has MTV-12 three-blade reverse-pitch propellers designed by MT-Propeller.