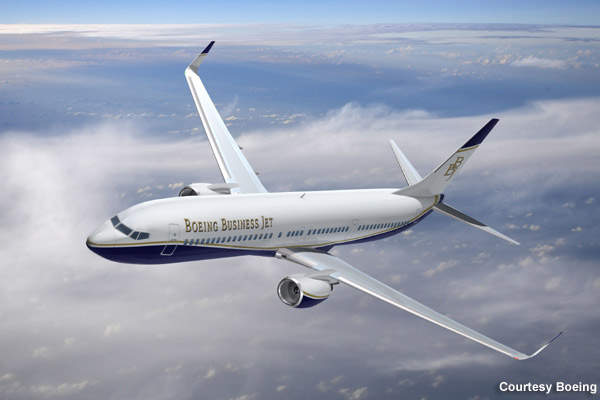 BBJ3, the newest member of the Boeing Business Jet flies at 41,000 feet altitude. 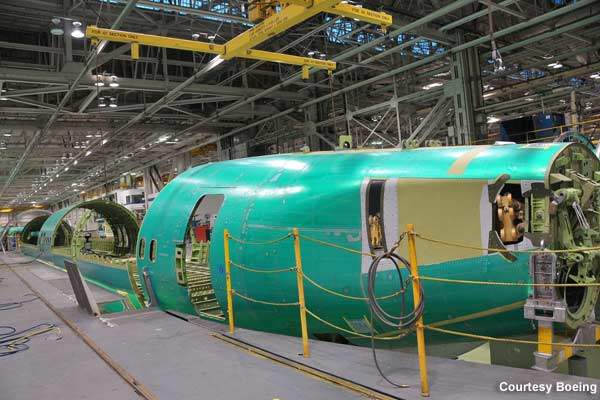 The BBJ3 fuselage is an aluminium structure, which is manufactured and assembled by Spirit AeroSystems at Wichita, Kansas. 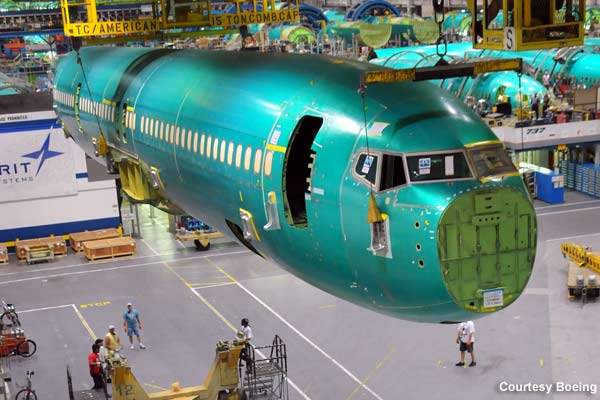 Joining of the BBJ3 fuselage at workshop. 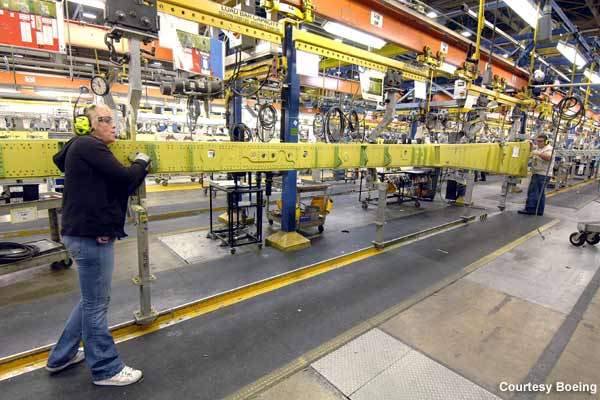 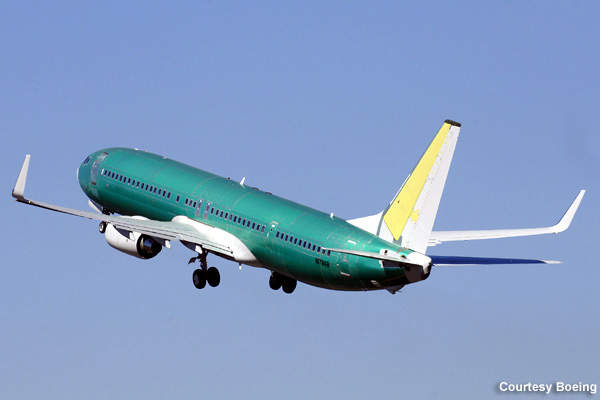 BBJ3 on its first flight. The aircraft was unveiled in November 2005 and officially launched in October 2006.

Boeing Business Jet 3 (BBJ3) is a new member in the BBJ family, arriving after the BBJ2. The design is based on the Boeing 737-900ER airliner, but the BBJ3 is a larger jet with an extended range, and allows a direct non-stop flight of up to 10,066km. The aircraft has 89% more luggage space and 35% more interior space over that of the BBJ2.

BBJ3 was unveiled in November 2005. The aircraft was officially launched in October 2006.

Boeing began work on the first BBJ3 In May 2008 and completed it in August 2008. The aircraft will enter into service in 2009. Boeing currently has outstanding orders for nine BBJ3 aircraft.

The BBJ3 has been developed from the 737-900ER airframe design, which is capable of delivering better performance in terms of extended range, higher speed, lower noise levels and lower emissions over previous models in the Boeing 737 range.

BBJ3 is equipped with a new long-range fuel system. The majority of the material used in the jet’s body is aluminium and around 7% is composite. The wings have blended winglets, which are supplied by Aviation Partners Boeing (APB). These blended winglets reduce block fuel burn, noise level and engine maintenance costs, and increase fuel mileage, range and altitude capability.

“The design is based on the Boeing 737-900ER airliner, but the BBJ3 is a larger jet with an extended range.”

The BBJ3 is produced at the Boeing Commercial Airplane Group manufacturing facilities at Renton, Washington.

The fuselage is an aluminium structure, which is manufactured and assembled by Spirit AeroSystems at Wichita, Kansas. The fuselage is then transported to the Renton plant.

Boeing delivers the aircraft in green configuration and without interior fittings and exterior paint. The customer selects an interior design company and completion centre for custom interior fitout.

The aircraft offers a 1,120ft² floor area, which provides seating for eight to 50 passengers in addition to an executive lounge, private suite and stateroom.

The interior configuration includes an executive office, conference room, wash room and bedroom. The large floor area provides variety of options to create personal environments such as an entertainment area, living room, dining room along with the common sleeping or seating areas.

The aircraft has lower cabin altitude of 6,500ft. It provides greater comfort to the passengers while travelling.

The flight deck incorporates similar features to the Boeing 737-900ER. It accommodates two crew including (pilot and co-pilot). The flight deck features a new head-up display.

“Boeing delivered the first BBJ in October 1998 and has delivered over 100 to date.”

BBJ3 is equipped with a future air navigation system (FANS), which allows uninterrupted communication between flight crews and air-traffic controllers. The FANS is available with NavLink (Teledyne) and Rockwell systems. The system brings a wide range of benefits to the owners including more direct route options, shortening flight times and fuel savings.

The aircraft is equipped with the Class 3 electronic flight bag (EFB). The EFB integrates hardware, software, data and services.

The aircraft has tricycle-type retractable landing gear, which is operated hydraulically. The landing gear is equipped with oleo-pneumatic shock absorbers supplied by Boeing. The BBJ3 comes with new carbon wheel brakes, which achieves 320kg (700lb) weight savings in comparison with that of steel brakes.

The aircraft is powered by two CFM56-7B turbofan engines. The engines are supplied by CFM International, a joint venture between General Electric and Snecma. The thrust of each engine is rated at 27,300lb. The new addition of CFM’s tech insertion programme reduces fuel burn and nitrogen oxide (NOx) emissions to comply with CAEP 6 regulations set by the Committee of Aviation Environmental Protection (CAEP).

The aircraft is configured with a long-range, auxiliary fuel system, which can have up to eight auxiliary fuel tanks holding maximum of 41,511l of fuel.

A joint venture between General Electric and Boeing, the Boeing Business Jets was formed in 1996, to serve the market for larger business aircraft with a range exceeding 6,000 miles.