Number of Blades per Rotor 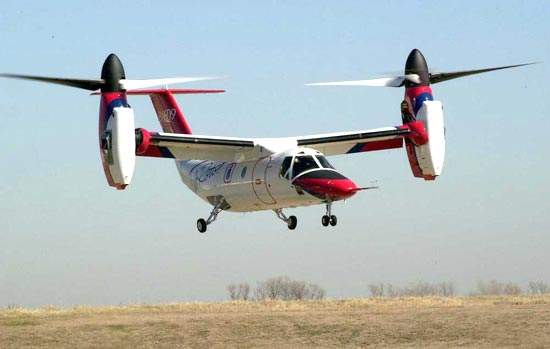 The BA609 civil tiltrotor took its first flight in March 2003. 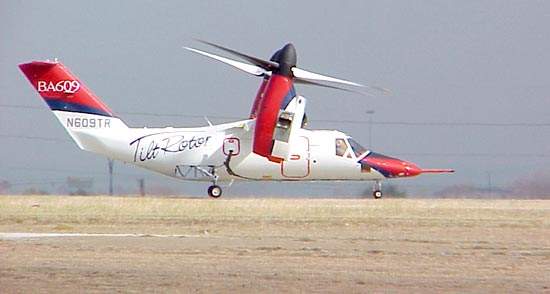 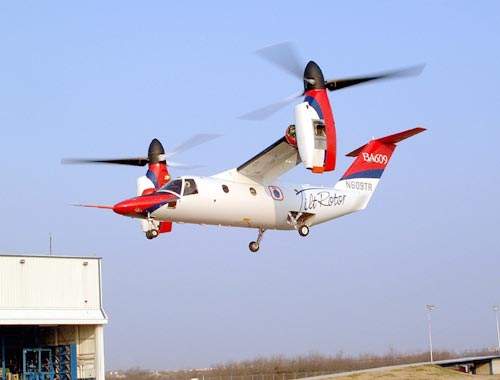 The BA609 has a two-person crew and can carry up to nine passengers. 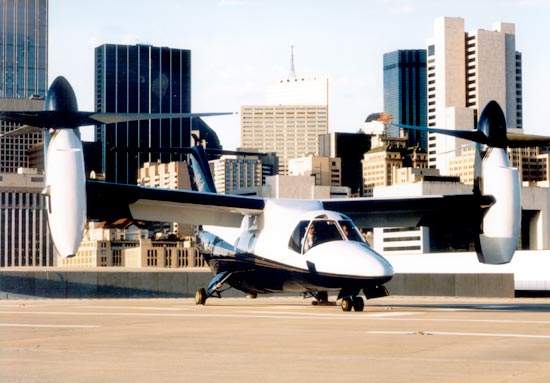 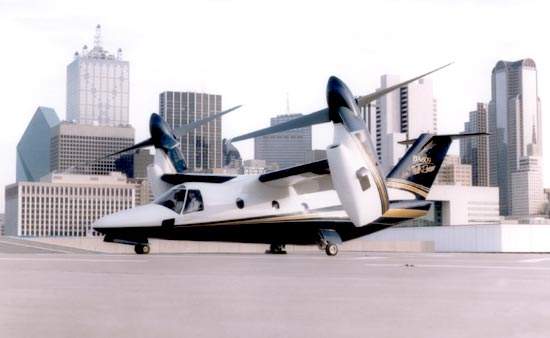 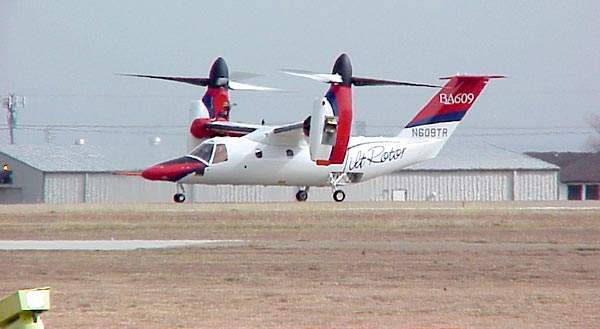 The BA609 benefits from technology developed for the US Army and Marine Corps V-22 Osprey tiltrotor programme. 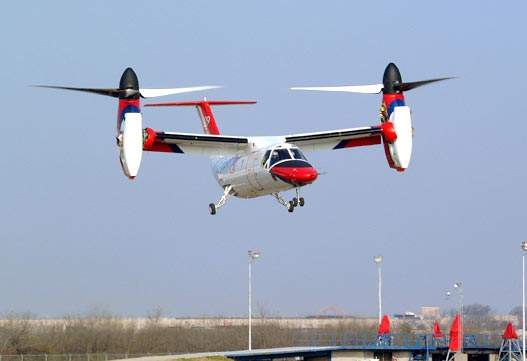 The tiltrotor combines the speed and comfort and of a turboprop with the convenience of a helicopter.

The BA609 tiltrotor aircraft is being developed by Bell Agusta Aerospace Company, a joint venture of Bell Helicopter Textron, Inc. and AgustaWestland, a Finmecannica company of Italy. The company is headquartered in Alliance Airport north of Fort Worth, Texas.

The BA609 is the world’s first commercially available tiltrotor aircraft. The tiltrotor combines the speed, comfort and ability to fly at altitude above the weather of a turboprop with the convenience of the vertical take-off and landing (VTOL) abilities of a helicopter.

“The BA609 is the world’s first commercially available tiltrotor aircraft.”

The Bell Agusta BA609 has a two-person crew and can carry up to nine passengers. It can fulfil a number of roles including: corporate transport where it is optimised to fly routes between 90km and 900km; offshore utility, with an operational radius of around 450km; coast guard; emergency medical services, with capacity for two stretchers plus three medical staff; and search and rescue.

The BA609 programme was announced in November 1996. Bell Agusta is building four prototypes of the BA609. The civil tiltrotor took its first flight in March 2003 and completed initial flight testing in May 2003.

Flight testing was halted, due to delays in the V-22 military tiltrotor programme, but resumed in June 2005 with the first of a series of envelope expansion flight tests.

In July 2005, the BA609 successfully completed the first flight with transition to full airplane mode, reaching a speed of 190kt (219mph). The second test aircraft made its maiden flight in November 2006 and took part in the Paris Air Show flying display in June 2007.

Dual certification (FAA and European) is planned for late 2011 / early 2012 with first deliveries following soon after. Orders have been received for over 80 aircraft from 40 customers in 20 different countries.

Fuji Heavy Industries Ltd. will build all of the production fuselages for the BA609. FHI’s responsibility includes the construction of the forward cockpit, centre fuselage (cabin), aft fuselage and system installation.

“The BA609 can carry up to nine passengers.”

Final assembly for production aircraft will take place at Bell’s Tiltrotor assembly plant in Amarillo, Texas, where the V-22 Osprey military tiltrotor aircraft is also being built, and an assembly line is being established at AgustaWestland in Italy. Aircraft will be identical whether produced in Italy or the USA.

The BA609 has a composite fibre-placed fuselage with aluminium internal structure, a six to nine-seat pressurised composite cabin and two composite three-bladed proprotors on swivelling nacelles. Fuji Heavy Industries of Japan will build the production fuselages.

With its nacelles in the vertical position, the tiltrotor is able to take off, land and hover like a traditional helicopter. With the nacelles in the horizontal position, the tiltrotor is able to fly with the high speed and range of a turboprop fixed wing aeroplane. It takes takes less than 1min for the BA609 to switch modes between helicopter and airplane.

The pilot is given a display of the maximum speed for the nacelle setting. A third nacelle setting of 60/75° for loitering is also displayed. Certification for the US Federal Aviation Administration (FAA) will involve Part 25 certification for large aircraft, Part 27 for helicopters and new regulations specifically for the tiltrotor.

The BA609 is pressurised to fly at altitudes up to 25,000ft and its anti-ice / de-icing capability with heated rotor blades allows flight into known icing conditions. Crashworthy seats for crew and passengers are fitted as standard.

“In under one minute, the BA609 switches modes between helicopter and airplane.”

The BA609 is powered by two Pratt & Whitney of Canada PT6C-67A turboshaft engines which have a maximum continuous power of 1,940hp each. The tiltrotor can cruise at 509km/hr with a range of 1,389km or 1,852km with auxiliary fuel tanks.