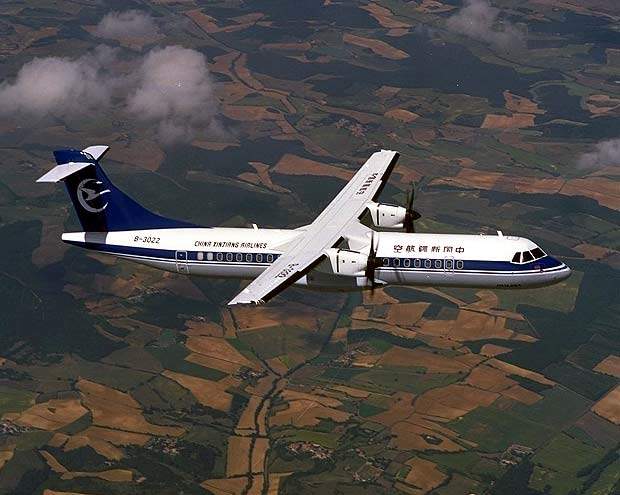 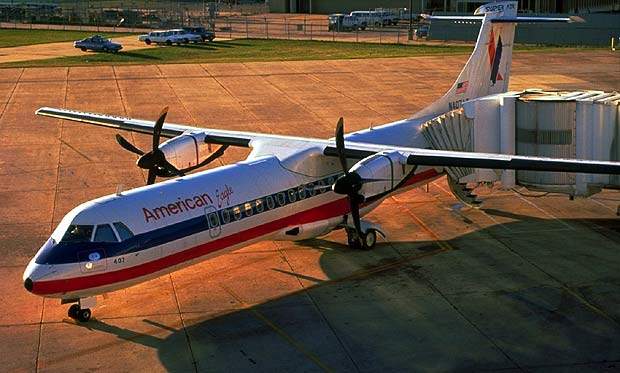 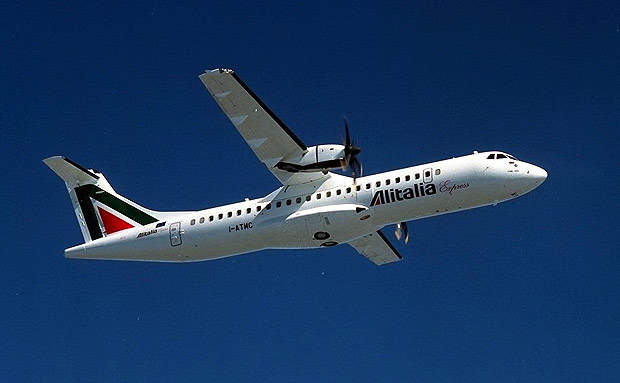 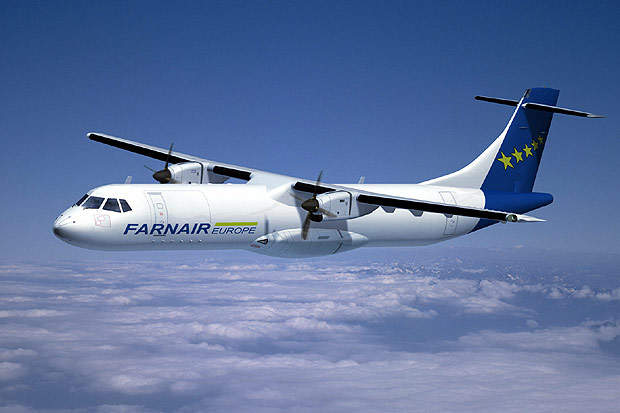 Farnair of Switzerland was the launch customer for the ATR 72-500 in the full freighter version. 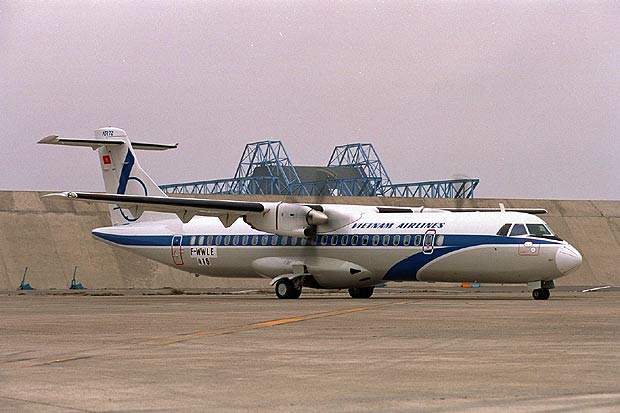 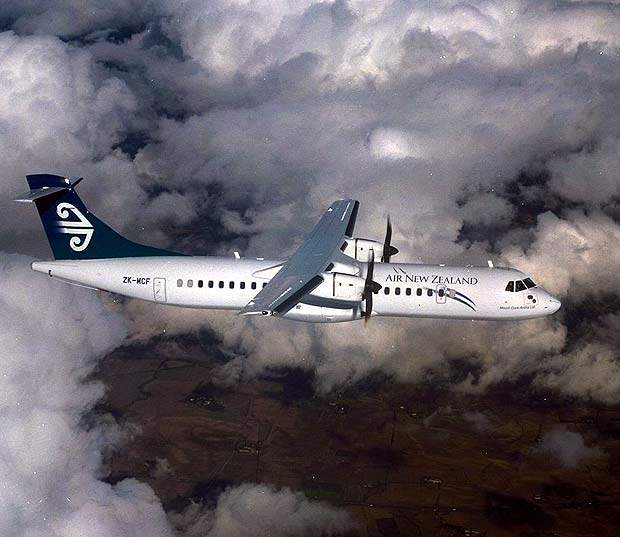 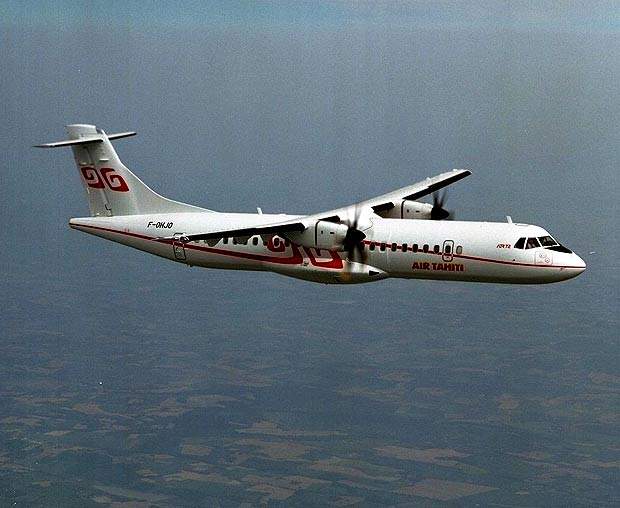 The ATR 72-500 can carry up to 74 passengers in a four abreast, centre-aisle configuration. Air Tahiti has six on order.

The ATR 72 is one of a family of twin-turboprop passenger and freighter aircraft developed and manufactured by Avions de Transport Regional (ATR). ATR, with its headquarters in Toulouse, is a joint venture company between EADS and Finmeccanica / Alenia Aeronautica.

The ATR 72-600 received the European Aviation Safety Agency (EASA) certification in May 2011. It entered into service in August 2011 with Royal Air Maroc.

The maiden flight of the ATR 72 was completed in October 1988 and the aircraft entered service in October 1989. The ATR 72-500 is certified to operate on unpaved runways by installing a kit to ensure landing gear and lower fuselage protection. Special cold weather procedures allow operations at temperatures as low as -54°C.

The aircraft is certified for low external noise performance according to FAR Part 36 and CH.3 ICAO Annex 16, ensuring compliance well within the current and CH.4 noise regulations. The 500 series features the lowest fuel consumption per passenger and CO2 emissions of regional aviation craft. It was first certified in July 1997.

Air Algeria awarded an $82m contract to ATR in December 2009 to supply four ATR 72-500 aircraft. The first of the four aircraft was delivered in February 2010 during a ceremony held at Toulouse. As of June 2011, the ATR 72-500 deliveries to Air Algeria were concluded, increasing the airliner’s fleet to 12.

The Royal Thai Air Force received the first of four ATR 72-500 aircraft in September 2009. The contract to purchase four ATR 72-500s was signed in 2007. All the deliveries were completed.

The first aircraft was delivered to Tarom Airlines in May 2009 as part of a $37m contract signed in 2008.

Alenia Aeronautica developed a military variant, the ATR 72 ASW, which integrates the mission system from the ATR 42 maritime patrol aircraft with additional anti-submarine warfare (ASW) systems. In August 2005, the Turkish Navy placed an order for ten ATR-72 ASW aircraft. Deliveries are scheduled to begin in 2012.

In December 2008, Italy placed an order for four ATR72 MP maritime patrol aircraft to be delivered from 2012. The aircraft will be equipped with Selex ATOS mission system, which includes the Seaspray radar and EOST electro-optical multisensor turret.

The aircraft is a high wing monoplane with a semi-monocoque fail-safe fuselage built of light alloy.

Composite materials make up 19% of the total weight of the structure. The composite materials include carbon monolithic structure, carbon / Nomex sandwich and Kevlar / Nomex sandwich, which are used for the main structure including the horizontal tailplane and rudder and the outer wing box section, as well as for the secondary structures, including the aileron, flaps and the engine cowling.

Standard navigation systems satisfy the latest rules and safety requirements, including CAT I AFCS. The ATR aircraft are certified for CAT II ILS operations with an 80ft decision height available as an option.

The ATR navigation system is based on the Honeywell Trimble HT1000 global navigation satellite sensor (GNSS).

The aircraft is equipped with a Rockwell Collins TTR 921 radar for ACAS II. A Honeywell Primus 660 colour weather radar displays in four colours on the electronic horizontal situation indicator (EHSI).

Cabin of the twin-turboprop passenger and freighter aircraft

The ATR 72-500 can carry up to 74 passengers in a four-abreast, centre-aisle configuration. The standard configuration includes two cargo compartments.

ATR developed a quick-change kit to provide quick-change capability for both passenger and container transport operations and separately the ATR cargo conversion in order to convert the aircraft to a freighter.

The quick-change kit provides the capability to reconfigure the cabin in 45 minutes to carry ATR-specific containers using the standard front cargo door.

The kit allows the ATR 72 aircraft to be operated as a passenger plane during the day and as a cargo plane during the night. Each optimised container has a 2.8m³ volume and can carry freight up to a total weight of 500kg. ATR 72 can carry up to 13 ATR containers.

Currently, there are 30 ATR cargo aircraft in-service with 12 operators, plus an additional 27 ATR 42 aircraft are under conversion for FedEx. Only two of these aircraft are equipped with the large cargo door: one ATR 72 operated by Farnair and one ATR 42 flown by Northern Air Cargo Alaska.

The engine air intakes, wing leading edge and horizontal tailplane leading edge are fitted with a pneumatic de-icing system The propeller blades, windshields and horns are equipped with an electrical anti-icing system.

The 600 series is equipped with a Thales Avionics glass cockpit, new Pratt & Whitney 127M engine and light-emitting diodes (LEDs) lighting in the cabin.

The ATR-600 series provides the flight crew with a paperless cockpit, replacing the current paper-based documentation.

The ATR 72-600 has a new avionics suite including the very latest computer systems for navigational aids, flight data recording, automatic piloting and communications and entailing a better flight interface.

The new cockpit with five LCD screens is also fitted with a new multipurpose computer (MPC) for the optimisation of integration of all systems and improved computing capability.

The delivery of the 70-seat configured aircraft began in August 2011.