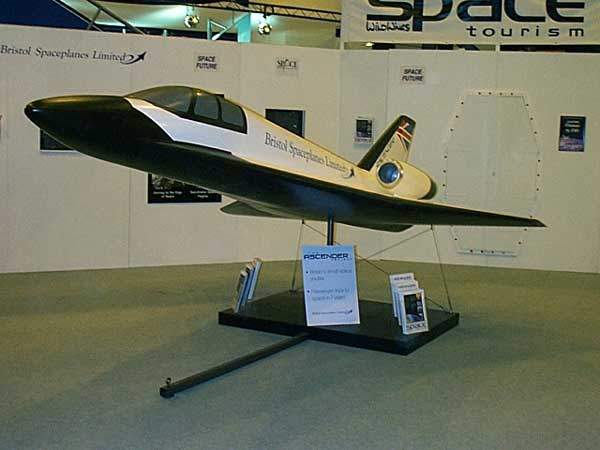 A model of the Ascender on display. The system is designed to massively cut the cost of space travel. 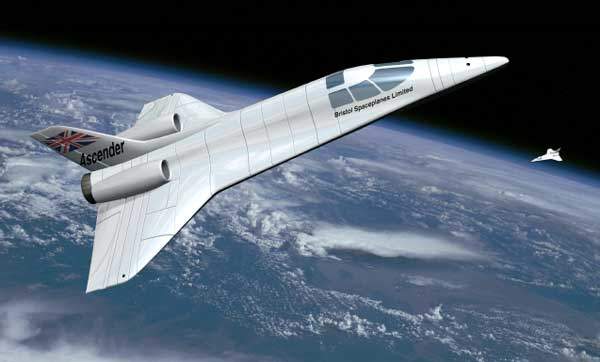 The Ascender is designed to carry out sub-orbital flights.

So far, the Ascender is a scale model a sixth of the size of the eventual aircraft. 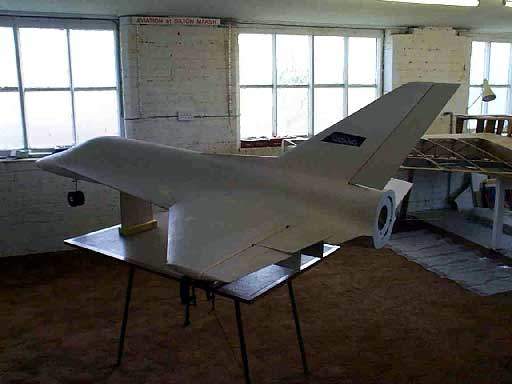 When operational, it is hoped that the Ascender will make money through space tourism. 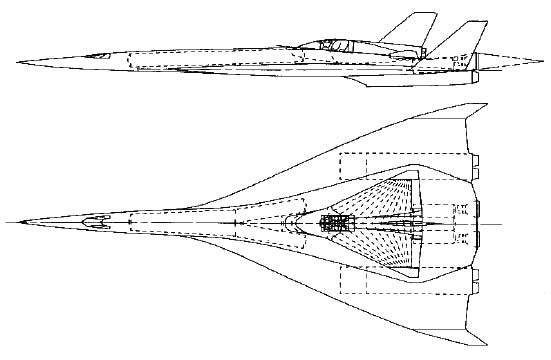 Bristol Spaceplanes hopes that the Ascender will be a low cost stepping stone to its "Spacecab" concept, which will carry loads into space. 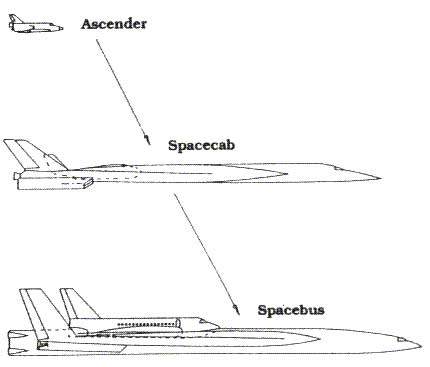 Bristol Spaceplanes' ultimate goal is to create a "Spacebus" which will be a more mature version of the SpaceCab.

Bristol Spaceplanes Limited, based in Bristol, UK has prepared plans to develop the Ascender sub-orbital spaceplane. Development of Ascender is at present being funded privately. Discussions are in hand with potential investors and strategic partners.

The Ascender sub-orbital spaceplane is designed to carry passengers on space experience flights and spearhead low cost access to space. It has also been projected with the aim to win the "X prize". The "X prize" is an international contest designed to jump start the development of low cost, reusable launch vehicles. It offers a prize of $10 million to the first competitor who successfully flies a vehicle with passengers for up to 100km, twice.

Ascender is designed to be the first sub-orbital aeroplane since the X-15 (operative from late 1950s to late 1960s), and the first ever to carry passengers to space. The backers hope it will start a sub-orbital space tourism business that would build up the credibility needed for full orbital tourism. It is based on a design included in a feasibility study for the European Space Agency. Four leading British aerospace companies took part in this study, Dowty Aerospace Limited, Dunlop Aerospace Limited, Pilkington Aerospace Limited and Ricardo Aerospace Limited.

The first commercial application of the Ascender will be the Spacecab. This is an enlarged and refined Ascender, air launched from a supersonic carrier aeroplane. It uses proven materials and existing engines. It is designed to launch small satellites, transport supplies and crew to space stations, and to pioneer orbital space tourism. Spacebus is an enlarged and mature development of Spacecab, which should have a cost per person to orbit of around $10,000. This could be achieved in about 15 years.

Ascender takes off from an ordinary airfield using its turbofan engine and climbs at subsonic speed to a height of 8km. The pilot then starts the rocket engine and pulls up into a steep climb. When the rocket fuel is used up, Ascender is climbing close to the vertical at a speed of Mach 2.8, from which it coasts to a maximum height of 100 km. Ascender then enters a steep dive. On reaching the atmosphere the pilot pulls out of the dive and flies back to the airfield from which he took off 30mins previously.

Ascender will carry two crew and two passengers (or other payload) to space and back. Passengers will experience two minutes of weightlessness, see superb views of Earth, and see the sky turn black even in daytime. Ascender would be the first sub orbital aeroplane capable of taking off under its own power and of making several flights to space per day.

Ascender is well within the aeronautical state of the art. The aerodynamics, structure, engines and systems are all based on those of existing aeroplanes or launchers. The originality is the way the total concept has been put together so that conventional technology leads to a unique capability.

Ascender would lead naturally to a fully orbital spaceplane. That proposed by Bristol Spaceplanes Limited, Spacecab, uses existing technology and would be ideal for launching small satellites, for ferrying crews to and from space stations and, for pioneering orbital space tourism. The cost of developing Spacecab is equivalent to about three Shuttle flights.