Height to Top of Rotor Hub 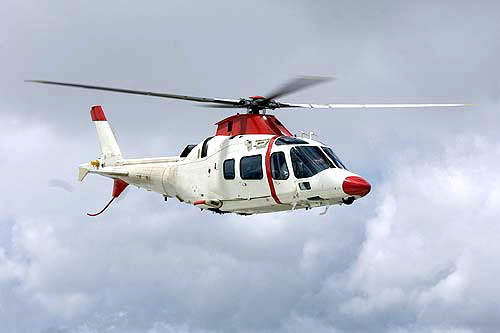 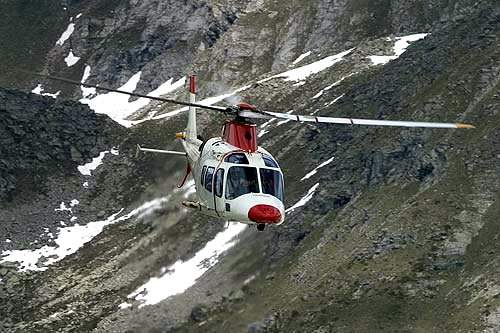 Firm orders have been received for more than 70 Grand helicopters. 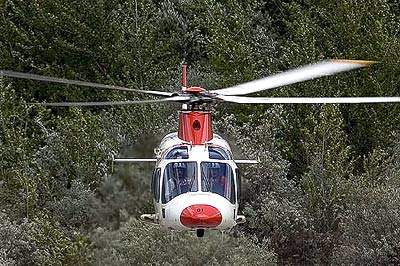 The Grand entered service in July 2005. 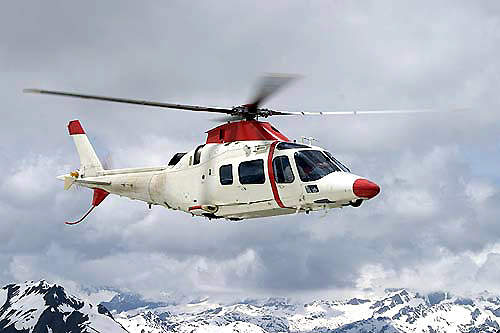 The Grand is powered by two PW207C turboshaft engines fitted with FADEC, each rated at 466kW maximum continuous power. 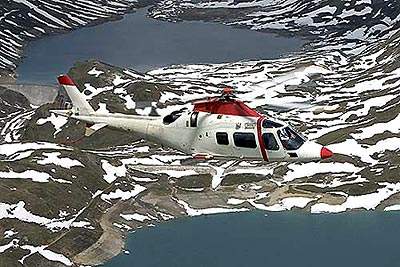 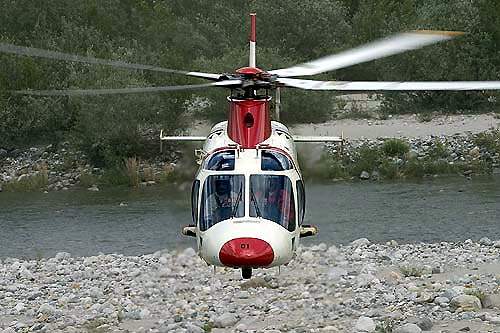 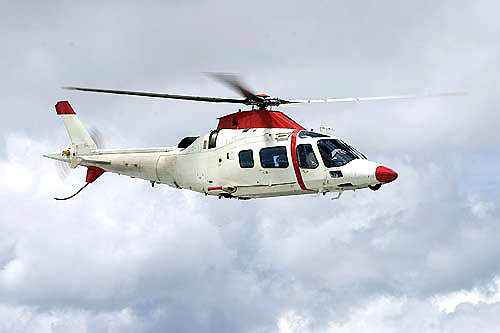 The Grand is a stretched derivative of the AgustaWestland A109 light helicopter.

AgustaWestland of Italy has developed a new light twin-turbine helicopter, the Grand, which was unveiled at the Farnborough Air Show in July 2004. The Grand can carry six passengers up to 800km.

European certification (EASA) for the Grand was awarded on 1 June 2005 and the first helicopter was delivered at the Paris Air Show on 15 June 2005.

Orders have been received for over 270 Grand helicopters from 140 customers in 30 countries. Orders include: Synergy Aerospace (four), Sloane Helicopters (seven), INAER (seven), Aerolineas Ejecutivas (five) and Heliflite (five), all ordered in February 2008.

In October 2008, the Media Luna awarded a contract to AgustaWestland for supplying one Grand light twin-turbine engine helicopter.

“The AgustaWestland Grand helicopter was unveiled at the Farnborough Air Show in July 2004.”

In August 2008, two pilots, Scott Kasprowicz and Steve Sheik broke the world speed record for flying around the world in a helicopter in an AgustaWestland Grand helicopter. The flight took 11 days seven hours and two minutes, breaking the current record by nearly six days.

Seacor Holding, US ordered three Agusta Grand on 22 September 2004. AgustaWestland will supply four Grands to Airlift Northwest, US for performing emergency medical services as part of the contract signed on 27 October 2004.

The Grand is a stretched derivative of the AgustaWestland A109 light helicopter.

Safety features integrated into the helicopter include the high-strength cocoon-type airframe with a crash-resistant fuel system and crash-resistant crew and passenger seats. The Category A design includes single engine stay-up capability and system duplication and redundancy. The full Class 1 capability meets the requirements of JAR-OPS 3.

The cockpit can be fitted with night vision goggles (NVG) compatible internal and external lighting.

The passenger cabin is spacious (2.3m long) and allows several cabin layouts including VIP and corporate, EMS, search and rescue (SAR) and offshore transport. The passenger cabin volume is 3.9m³ and the baggage compartment volume is 0.95m³. There is a large sliding cabin door (1.40m wide) on either sides, giving easy access to the cabin.

“The Grand is a stretched derivative of the AgustaWestland A109 light helicopter.”

Six crash-resistant forward-facing seats are installed in the cabin for the offshore transport role. The customised VIP / corporate cabin layout includes luxurious five- or six-seat club-style layout with a cabinet and refrigerator.

The helicopter is powered by two low maintenance PW207C turboshaft engines, each rated at 466kW maximum continuous power. The engines are fitted with full authority digital electronic control (FADEC) and have low specific fuel consumption and low emission of pollutants.

The maximum gross weight, 3,175kg with internal load and 3,200kg with external loads, is at the upper limit of the FAR/JAR 27 certification category.

“The AgustaWestland Grand can carry up to six passengers.”

The helicopter can climb at the rate of 9.30m a second. It has high cruise and maximum speeds of 287km/h and 311km/h respectively for the light twin / intermediate helicopter category. The maximum range and service ceiling of the helicopter are 889km and 4,940m respectively. The maximum endurance is four hours 28 minutes. A new rotor system and highly efficient engines provide low fuel burn performance.

The helicopter has excellent hover performance in hot and high conditions. At the maximum gross weight (3,175kg), the hover ceiling is 4,750m (in ground effect) and 3,050m (out of ground effect).