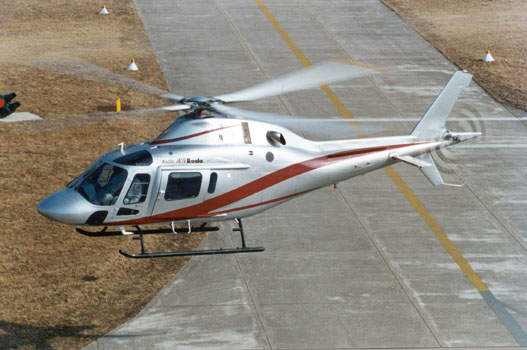 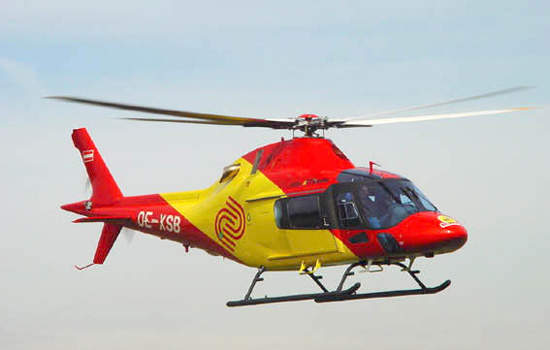 The Koala, developed from the A109 twin-engine helicopter, can carry up to seven passengers. 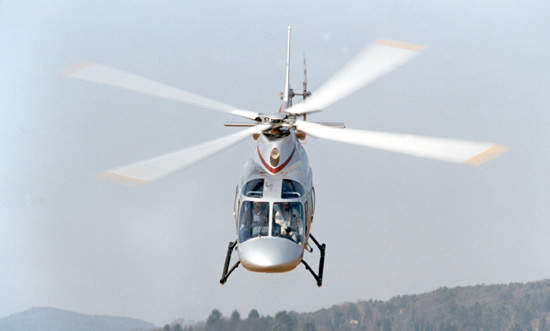 The cockpit is equipped with a Honeywell Silver Crown avionics suite. 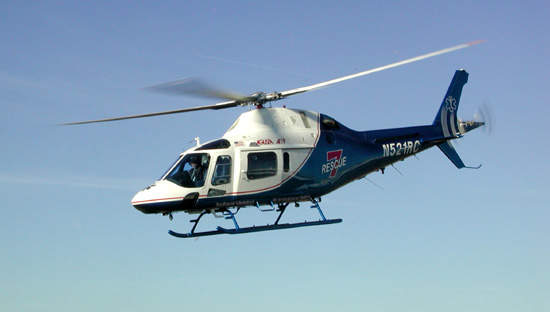 The Koala in service with the South-East Mississipi Air Ambulance team. 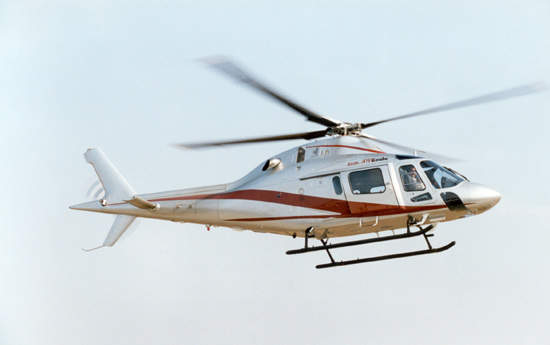 The helicopter has a maximum cruise speed of over 260km/h and range of more than 650km. 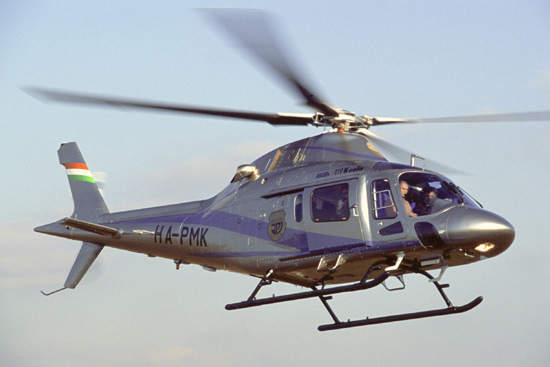 The Koala has fixed skid landing gear. Snow skids and emergency floats can also be fitted. 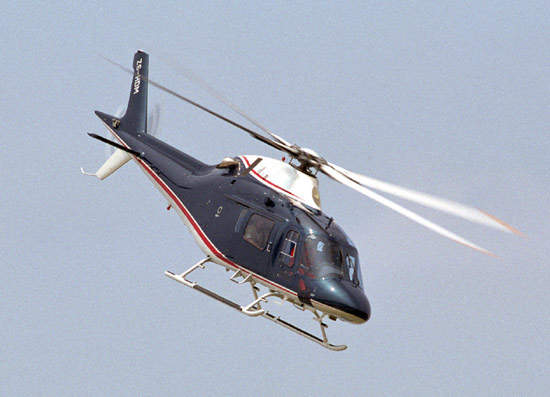 The main rotor is constructed of titanium with composite blade grips and elastomeric bearings.

The AW119 Koala single-turbine light helicopter, developed and manufactured by AgustaWestland of Italy, first flew in 1995 and entered service in 2000.

Denel is marketing the helicopter in South Africa and has set up an assembly production line and a spares and components manufacturing facility to support the main production line in Cascina Costa.

AgustaWestland has expanded the facility of its US subsidiary, Agusta Aerospace Corp in Philadelphia, for the manufacturing and assembly of the AW119. The first US manufactured Koala made its maiden flight in June 2005.

"The AW119 Koala single-turbine light helicopter, developed and manufactured by AgustaWestland of Italy, first flew in 1995."

The AW119 Koala single-turbine light helicopter has the capacity to transport seven passengers plus the pilot or slung loads up to 1,000kg. The maximum range with seven passengers and their luggage is more than 650km (350nm).

The helicopter is principally used for search and rescue (SAR), medical evacuation, surveillance and passenger and light cargo transport roles. For firefighting, the Koala can be fitted with the Simplex 323 Fire Attack System, which has a 1,200l capacity.

The Koala is in service in Australia, Austria, Brazil, Italy, Turkey, UK, USA and Venezuela.

Fumigacion Aerea Andaluza (FAASA) of Spain is the launch customer for the new helicopter, with an order for six placed in March 2007, for firefighting. The AW119 Ke can be fitted with the Simplex Model 323 Fire Attack System, with a water capacity of 1,200l.

The AW119 Ke received European certification in June 2007. The helicopter entered service in July 2008 with FAASA. AW119 Ke production is being carried out in the USA, at AgustaWestland’s Philadelphia plant. The first AW119 Ke featuring a Versace-styled interior was delivered to a private customer in Russia in August 2008. The helicopter received Russian civil certification in July 2010.

AgustaWestland and UI International (UII) supplied the AW119 Ke enforcement helicopter to the Korea National Police Agency (KNPA) in July 2010 as a part of the police force’s modernisation programme. In February 2010, FAASA took the delivery of four helicopters bringing its AW119 Ke fleet to 20. AgustaWestland delivered a AW119Ke helicopter to a customer from Chile in July 2010.

The AW119 Ke helicopter used for medical support was supplied to Life Star of Kansas by AgustaWestland in October 2010 as part of the agreement signed during a ceremony at the Air Medical Transport Conference held in San Jose, California, on 27 October 2009. Firefly of Chile took the delivery of an AW119Ke helicopter in March 2011.

The fuselage is made of high-strength aluminium alloy structure. The composite main rotor has a titanium hub with composite grips and elastomeric bearings. The four blades, of diameter 10.83m, are fully articulated. The tail rotor is two-bladed.

The maximum cruise speed is more than 260km/h and the maximum range is more than 650km. The AW119 is equipped with a Honeywell Silver Crown avionics suite, including navigation and communication systems, a moving map display and optional integrated instrument display suite.

An auto-trim system alters or maintains the helicopter’s attitude in response to the aerodynamic loading and the pilot’s flight control demands.

The helicopter carries the pilot and up to seven passengers in a 2+3+3 configuration. The cabin is heated, air-conditioned, insulated and soundproofed for passenger comfort.

"AgustaWestland expanded the facility of its US subsidiary, Agusta Aerospace Corp in Philadelphia, for manufacturing the AW119."

The cabin is easily accessed through the large sliding doors on each side. There is also a door on each side of the cockpit.

The baggage compartment provides 0.95m³ space and a second compartment of almost 0.5m³ can be accessed from the cabin in flight.

For casualty evacuation the cabin is easily and quickly reconfigured for two stretcher patients, a doctor and two medical attendants in addition to the pilot and front seat passenger.

For surveillance and search and rescue operations the helicopter is equipped with a Spectrolab SX-5 search light and a forward-looking infrared (FLIR) surveillance system with a low-light-level television camera.

The helicopter has fixed skid landing gear. Snow skids and external emergency floats for operation over water can be fitted.

A particle separator can be fitted. There are optionally four fuel tanks of capacity 721l for highly efficient operation or five fuel tanks with capacity 871l for longer endurance.

Performance of the AgustaWestland AW119 Koala

The maximum and cruise speeds of the AW119 helicopter are 281km/h and 261km/h respectively. The service ceiling of the helicopter is 5,700m, while the endurance is five hours and 20 minutes. The AW119 weighs around 1,430kg and the maximum take-off weight is 3,000kg.