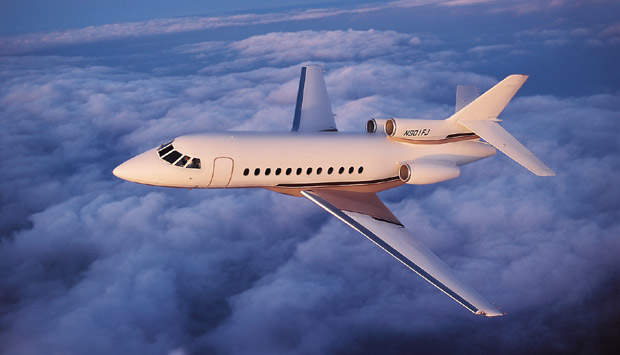 The Dassault Falcon 900C in flight. 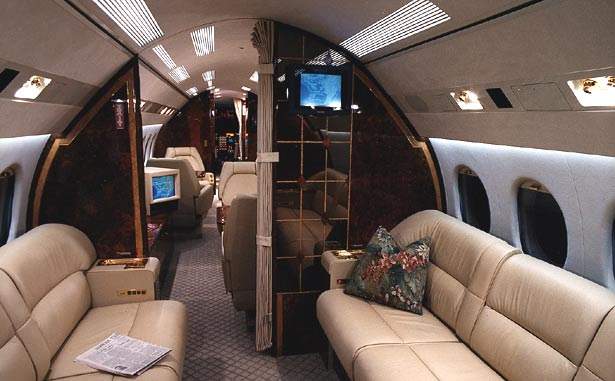 The interior of the Dassault Falcon 900C cabin, built for relaxed travel. 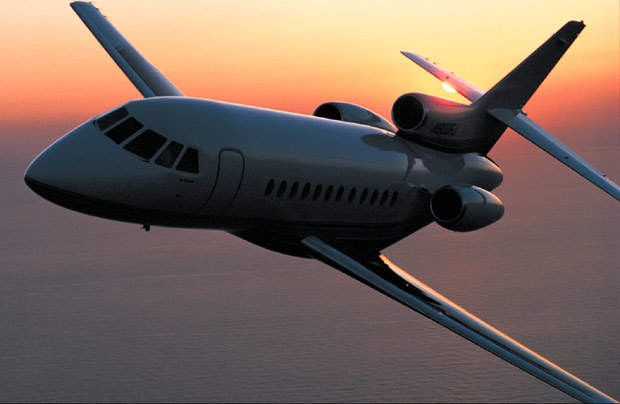 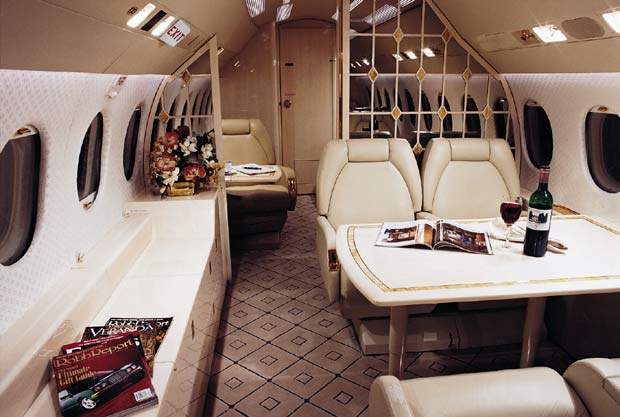 The interior of the Dassault Falcon 900C business jet is fitted with functional tables for work or pleasure. 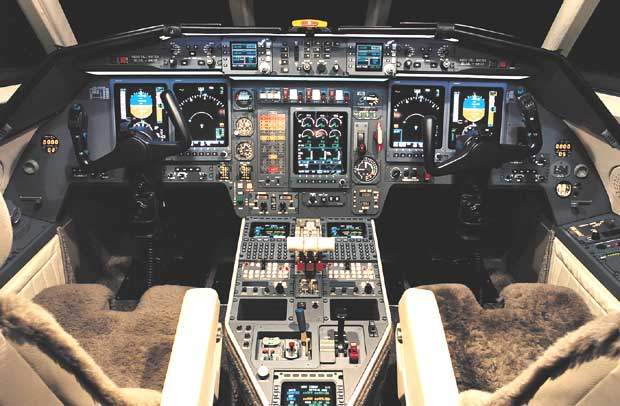 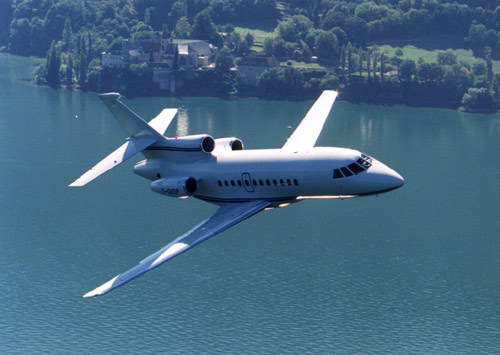 With three engines, the Falcon 900C is capable of extended flights over water. 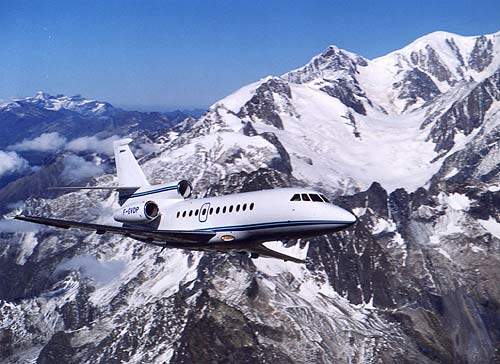 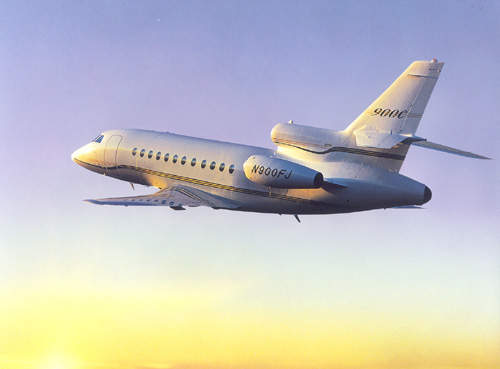 The Falcon 900C is a long-range business jet from Dassault. Dassault Aviation has a dedicated subsidiary for the Falcon family called the Dassault Falcon Jet Corporation. Over 1,500 Falcon jets have been delivered since the first Falcon 20 in 1963.

Falcon jets are built at Dassault production facilities in France and then flown to the completion and service centre in Little Rock, Arkansas, where they are fitted to customer specifications.

The Falcon 900C, which replaced it, was first delivered in 2000 and has an intercontinental range of about 5,600km (4,000nm) with five passengers. With three engines, it is capable of extended flights over water.

In May 2005, the Falcon 900DX, with a range of 7,600km, made its maiden flight. It is based on the 900EX with a redesigned fuel system and is fitted with EASy avionics as standard. First deliveries are planned for late 2005. It replaces the 900C.

200 Falcon 900 and 200 Falcon 900EX/DX aircraft have been delivered and are operational. Government and VIP executive versions of the Falcon 900 are in operation in Algeria, Australia, France, Gabon, Guinea, Italy, Malaysia, Nigeria, Russia, Saudi Arabia, Spain, Syria and the United Arab Emirates.

The Japanese Maritime Safety Agency has operated two Falcon 900 long-range maritime surveillance aircraft since 1989. The aircraft is equipped with search radar, radio communications, a surveillance operation control station, customised search windows and a hatch for the deployment of sonobuoys and positional markers and flares.

The aircraft is of damage-tolerant design and the design and manufacture used Dassault’s CAD/CAM facilities. Kevlar and carbon-fibre materials have been used in the construction. Kevlar has been used for the radome, tailcone, and nosewheel doors. The air inlet trunk on the centre engine is also of Kevlar construction. Carbon fibre has been used in the manufacture of the main landing gear doors and for the centre section of the three engine cowlings.

The aircraft has a Honeywell Primus 870 colour weather radar. The avionics suite operates via a dual Honeywell ASCB digital databus.

The forward area has four sleeping chairs and tables. The central dining area can seat six people and has a dining table with two double seats and a cabinet with a foldaway bench. The rear passenger area is fitted with a convertible bed / three-seat settee and two armchairs.

The Falcon 900C is powered by three Honeywell TFE731-40 turbofan engines, each providing 16.5kN thrust. Two engines are pod mounted on the rear of the fuselage and the third is installed above the narrow rear fuselage by two top mounts. The centre engine is fitted with a thrust reverser.

The aircraft has 5,787l wing tanks and 2,976l fuselage tanks. The fuel distribution system and gauges are supplied by Intertechnique.

The aircraft is equipped with Messier-Dowty hydraulically operated retractable tricycle-type landing gear. The main gear retracts inward and the nosewheel retracts forward. The ABS wheels are equipped with a four-disc braking system.

The nose wheel is steerable through +60° to -60°, which provides a ground turning radius about the nose unit of 23.55m.