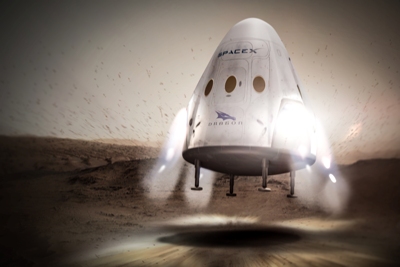 US-based aerospace manufacturer Space Exploration Technologies (SpaceX) and Nasa are planning to launch an unmanned Dragon spacecraft to Mars by 2018.

Intending to launch its own manned mission to Mars in the 2030s, Nasa stated it will provide technical support for Red Dragon, SpaceX’s first venture.

With the proposed mission, SpaceX aims to develop technologies required for human transportation to Mars, which is a long-term goal for the company, reports Reuters.

The company is also planning to provide details of its Mars programme soon.

SpaceX founder Elon Musk tweeted: "Dragon 2 is designed to be able to land anywhere in the solar system.

"Dragon 2 is designed to be able to land anywhere in the solar system."

According to Musk, the Dragon spacecraft has an internal volume about the size of a sports utility vehicle.

SpaceX further aims to introduce its Mars rocket, a heavy-lift edition of the existing Falcon 9 booster, later this year.

Under a $2bn resupply services contract with Nasa, the company currently flies cargo versions of its Dragon capsule to and from the International Space Station (ISS).

As part of a different Nasa contract valued up to $2.6bn, SpaceX is also improving the Dragon capsule to ship astronauts, with test flights to the ISS scheduled for next year.

Nasa stated that it would not provide financial help to SpaceX’s Mars mission.

Nasa deputy administrator Dava Newman said: "In exchange for Martian entry, descent, and landing data from SpaceX, Nasa will offer technical support for the firm’s plan to attempt to land an uncrewed Dragon 2 spacecraft on Mars."