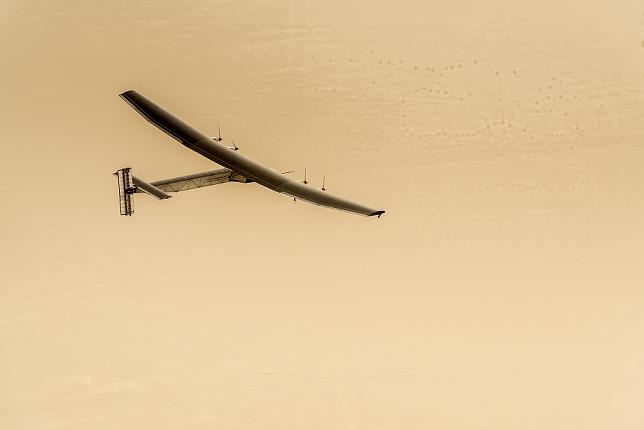 Solar Impulse 2 (Si2) has started its first flight from Abu Dhabi this morning in a record-breaking attempt to travel across the world using zero fuel.

"The aircraft will travel through the Pacific Ocean via Hawaii and fly across the US with three stopovers, including Phoenix, the Midwest, and New York."

Si2 will have 12 scheduled stops, including Muscat, Oman, Ahmedabad and Varanasi, India, Mandalay, Myanmar, and Chongqing and Nanjing, China.

The aircraft will travel through the Pacific Ocean via Hawaii and fly across the US with three stopovers, including Phoenix, the Midwest, and New York. It will cross the Atlantic Ocean and make a stop in Southern Europe or North Africa before landing in Abu Dhabi.

Mr Piccard and Mr Borschberg said: "We are very ambitious in our goal, but modest given the magnitude of the challenge.

"This is an attempt, and only time will tell if we can overcome the numerous weather, technical, human and administrative issues."

The upgraded version of the solar-powered prototype Solar Impulse 1, Si2, has a wingspan of 72m and weighs 2.3t. It is equipped with 17,000 solar cells, which convert sunlight into electricity.