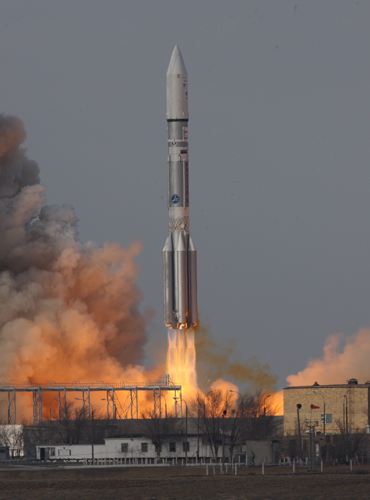 Weighing about 6,199kg, Intelsat-22 was launched into a supersynchronous transfer orbit (SSTO) to a distance of about 65,000km apogee.

Intelsat CEO, Dave McGlade, said: "The launch of Intelsat 22 is a significant milestone in many respects, not the least of which is its role in demonstrating the viability of hosted payloads in delivering customised space solutions for government users."

Built by Boeing for Intelsat, the satellite is equipped with 48 C-band and 24 Ku-band transponders to offer telecommunications services for media, government and network services customers in Africa, Asia, Europe and the Middle East.

Intelsat-22 is also equipped with a specialised UHF payload under a $167m contract with the Australian Defence Force (ADF).

After being operational in May, the satellite will replace Intelsat 709 at 72° East and is anticipated to have a service life of around 18 years.

ILS is planning to launch the Intelsat 23 satellite with Intelsat later this year.

ILS said that this was the first SSTO mission for ILS Proton and offered an additional 200 kg of performance for this mission.

The launch of Intelsat 22 marks the second ILS Proton launch of the year and the 71st commercial launch overall for ILS.