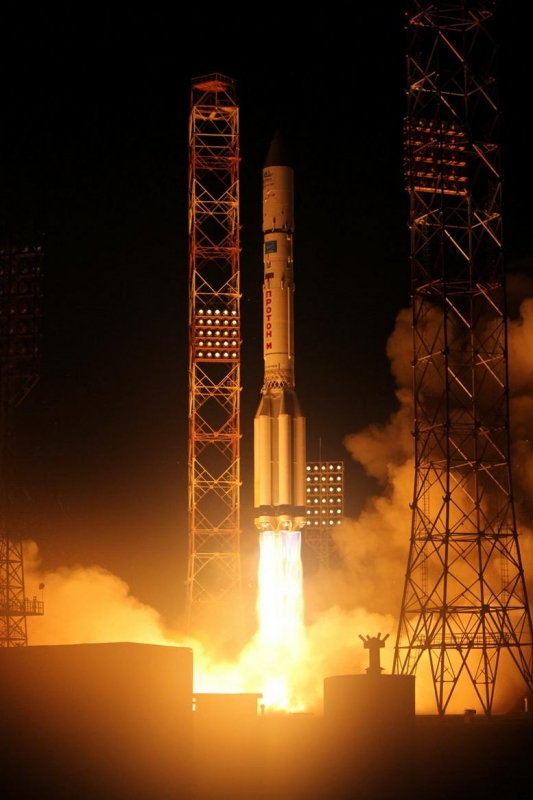 The spacecraft and Breeze-M upper stage separated from the launch vehicle nine hours and 13 minutes after launch.

The Express-AM7 satellite separated from the upper stage and injected to the target orbit. It will be transferred to the geostationary orbit.

Planned to be operated from 40°E orbit slot, the Express-AM7 is designed to provide communications and broadcasting services to Russia, Europe, Sub-Saharan Africa and Southern Asian regions.

"The spacecraft and Breeze-M upper stage separated from the launch vehicle nine hours and 13 minutes after launch."

Built by Airbus Defence and Space, the satellite is based on Eurostar E3000 platform and has a mass of 5,700kg. It has design lifetime of 15 years.

The Express-AM7 communications payload features 62 active transponders, including 24 in C-band, 36 in Ku-band and two in L-band.

The launch marks Proton’s second launch this year and 403rd in its history.

The heavy-lift vehicle is designed and manufactured by Khrunichev Space Center for transporting government and commercial payloads to low-earth and escape orbits.

Proton-M using Breeze-M as the upper stage is said to deliver more than 6MT payloads to geo-stationary orbits.