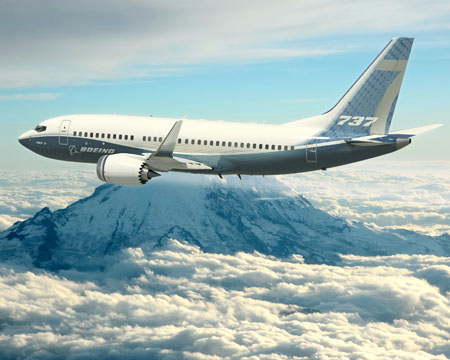 Norwegian Air Shuttle (Norwegian) has signed deals worth $21.5bn to buy 222 planes from Boeing and Airbus including models equipped with fuel-efficient engines.

The order includes 122 aircraft from Boeing comprising 100 new Boeing 737 MAX8s and 22 Next-Generation 737-800s, as well as 100 A320neo planes from Airbus. Norwegian CEO Bjørn Kjos said it was a historic day for Norwegian.

"The order is the largest ever in European aviation history and marks a major milestone in the company’s ten-year history. We have secured our fleet renewal for years to come and are very pleased with the agreements with both Airbus and Boeing," Kjos said. "Norwegian has now reached a size where we will benefit from having two suppliers in terms of ensuring adequate flight capacity, flexibility and competition between two manufacturers."

The 737 MAX is the new-engine plane and powered by CFM International LEAP-1B engines that offer fuel savings and reduce CO2 emissions by an additional 10-12%. The new aircraft will feature a single-class cabin layout, seating approximately 180 passengers. The A320neo is a new engine variant of the A320 Family expected to enter into service from 2015.

Norwegian will decide on the engine for the Airbus A320neo aircraft at a later date. Norwegian currently operates a fleet of 62 planes including 48 Next-Generation 737-800s and 14 737-300s, and the new aircraft will support Norwegian’s growth and modernisation plan. Following the deal, the airline has a total of 150 purchase rights and 277 aircraft due for future delivery including 55 previously ordered Boeing 737-800s and six 787-8 Dreamliners.