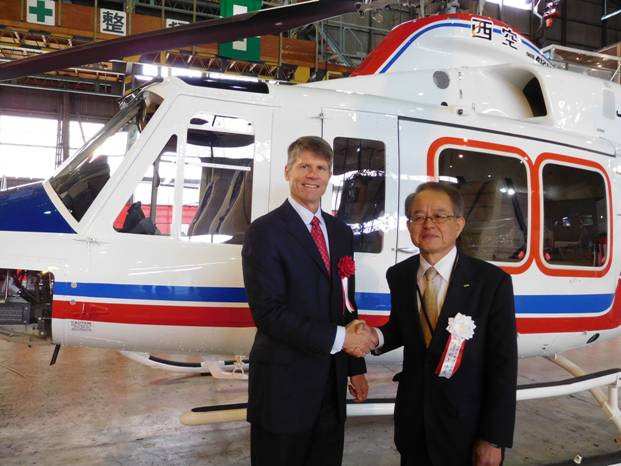 The airline placed an order with Bell for the rotorcraft in November 2014.

The rotorcraft can travel at a speed of 122kts, at a range of 358nm, and can accommodate 13 passengers and two crew members.

"The rotorcraft can travel at a speed of 122kts, at a range of 358nm, and can accommodate 13 passengers and two crew members."

Nishi Nippon Airlines president Nobuo Tanoue said: "The Bell 412EP has been our workhorse and we have appreciated its superior cargo sling capability for our goods and material transport missions."

"Our aim is to put our customers, like Nishi Nippon, at the centre of all we do, so Bell Helicopter can be a leader for the next 80 years."