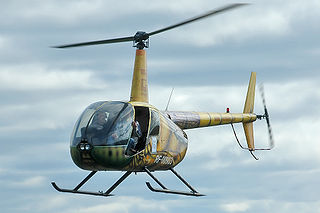 Pilots James Louis Patterson Gardner and Stephen Anthony Nicholson Combe were killed when they were flying a R44 aircraft in the Lochy Valley area.

New Zealand civil aviation director Graeme Harris said: "The decision to ground Robinson R44 helicopters with the Dash 7 main rotor blade is a precautionary measure, and does not pre-judge the outcome from the investigation into the cause of Thursday’s accident.

"Given what we know now, it is prudent to make sure these blades are not used while the investigators gather more information."

"Investigators believe that aircraft might have experienced an in-flight main rotor blade failure."

According to the New Zealand Civil Aviation records, 184 Robinson R44 aircraft are registered in New Zealand.

Officials from the Transport Accident Investigation Commission (TAIC) and Civil Aviation Authority (CAA) pointed to similarities in the latest incident with an earlier R44 incident that occurred in January this year.

Investigators believe that aircraft might have experienced an in-flight main rotor blade failure. The blades have been shipped for evaluation in the US.

In Australia, there are reportedly 485 R44 helicopters registered, although the number of helicopters that use the C0167 rotor blade is not known.

CASA spokesman Peter Gibson was quoted by the Guardian saying: "We don’t want to keep the aircraft on the ground a minute longer than is necessary.

"The R44 is used in passenger charter transport, mustering, aerial agriculture, but not typically used in those sorts of rescue applications."