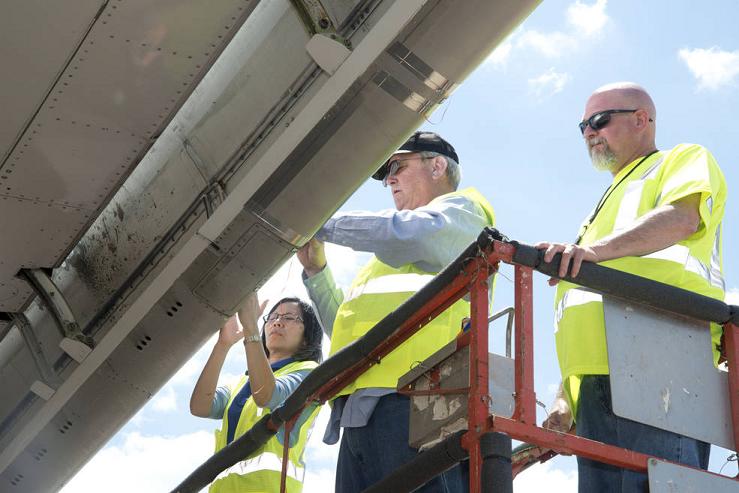 The non-stick wing coatings have been tested on Boeing’s ecoDemonstrator 757 in Shreveport, Louisiana, US.

As part of the programme, the 757 completed 15 flights from Shreveport regional airport with several takeoffs and landings.

ERA project manager Fay Collier said: "There still is a lot of research to be done, but early data indicated one coating had about a 40% reduction in bug counts and residue compared to a control surface mounted next to it."

"Early data indicated one coating had about a 40% reduction in bug counts and residue compared to a control surface mounted next to it."

The coatings were trialled in a small wind tunnel, and a few were selected for flight on-the-wing of a Nasa jet.

Langley Research Center senior materials scientist Mia Siochi said: "We learned when a bug hits and its body ruptures the blood starts undergoing some chemical changes to make it stickier."

In April, Nasa trialled the active flow control enhanced vertical tail flight experiment on ecoDemonstrator 757, to evaluate the impact of sweeping jet actuators on the tail and rudder surfaces aerodynamics.