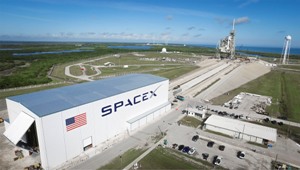 SpaceX will be undertaking its first manned flight to the International Space Station (ISS) after receiving a contract from Nasa to take astronauts from US soil by 2017.

SpaceX is the second company to be approved for crew transport. In May, Nasa selected Boeing to carry out the company’s first manned mission.

The move is expected to expand the scope of research aboard the ISS and reduce Nasa’s dependence on Russian launch facilities.

The agency is yet to finalise the name of the company that will carry astronauts from the US to the ISS.

Nasa will roll out two more contracts, as announced earlier. Each CCtCap contract has a validity of carrying out two to six missions.

"When Crew Dragon takes Nasa astronauts to the space station in 2017, they will be riding in one of the safest, most reliable spacecraft ever flown."

Nasa commercial crew programme manager Kathy Lueders said: "It is important to have at least two healthy and robust capabilities from US companies to deliver crew and critical scientific experiments from American soil to the space station throughout its lifespan."

Boeing will use its CST-100 Starliner during its crew transportation mission.

SpaceX president Gwynne Shotwell said: "The authority to proceed with Dragon’s first operational crew mission is a significant milestone in the commercial crew programme and a great source of pride for the entire SpaceX team.

"When Crew Dragon takes Nasa astronauts to the space station in 2017, they will be riding in one of the safest, most reliable spacecraft ever flown."

By launching astronauts from its own soil, Nasa expects to reduce the cost involved in its manned missions. Until now, the space agency paid Russian Federal Space Agency for the same service.

Image: Launch pad 39A at Nasa’s Kennedy Space Center in Florida undergoes modifications by SpaceX to adapt it to the needs of the company’s Falcon 9 and Falcon Heavy rockets, which are slated to lift off from the historic pad in the near future. Photo: courtesy of SpaceX/Nasa.