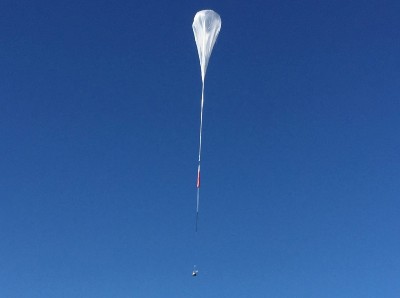 Nasa has launched a super-pressure balloon (SPB) from New Zealand’s Wanaka Airport, in order to test and validate SPB technology with the aim of achieving long-duration flight of more than 100 days at mid-latitudes.

During its around-the-world test flight, the gondola is carrying a Compton Spectrometer and Imager (COSI) gamma-ray telescope as a mission of opportunity.

The Nasa-funded COSI mission is developed by the University of California, Berkeley, US, and designed to probe origins of galactic positrons, study the creation of new elements in the galaxy as well as perform studies of gamma-ray bursts and black holes.

Long-duration flights are considered to be essential for these types of studies.

Nasa said that 2.8h after lift-off, the 532,000m³ balloon reached its operational float altitude of 33.5km flying a trajectory taking it initially westward through southern Australia before entering into the eastward flowing winter stratospheric cyclone.

According to Nasa estimation, the balloon will circumnavigate the globe about the southern hemisphere’s mid-latitudes once every one to three weeks, depending on wind speeds in the stratosphere.

Developed by the University of North Carolina at Chapel Hill, US, previous balloon flights of the instrument have recorded low-frequency sounds in the stratosphere, some of which are considered to be new to science.

The latest launch is the fifth attempt to launch the SPB as previous attempts were averted due to weather conditions.

"The balloon is pressurised, healthy, and well on its way for this important test mission."

Nasa balloon programme office chief Debbie Fairbrother said: "The balloon is pressurised, healthy, and well on its way for this important test mission.

"I’m thankful for the tremendous support from our Kiwi friends, particularly the phenomenal Wanaka Airport staff."

The flight will be monitored by Nasa’s balloon experts at CSBF, along with the agency’s Wallops Flight Facility in Virginia, US.

A Nasa super-pressure balloon flight has so far recorded a maximum flight duration of 54 days.

To date, The CSBF team has launched more than 1,700 scientific balloons.