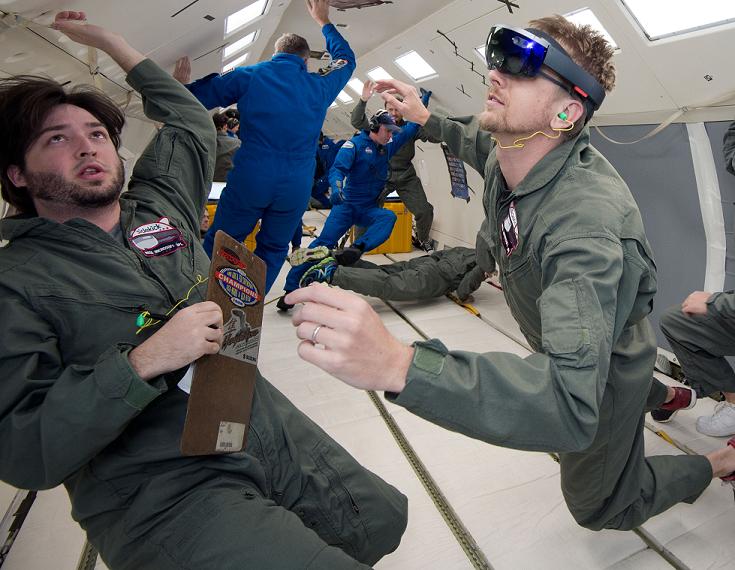 Nasa has partnered with tech giant Microsoft to develop a virtual assistance technology for astronauts aboard the International Space Station (ISS).

Sidekick is configured to operate in two modes, the remote expert mode and procedure mode.

Remote expert mode uses Skype to allow ground operators to provide guidance and draw annotations into the crew member’s environment, while the procedure mode enhances standalone procedures with animated illustrations on the objects that that crew interacts with.

Nasa ISS programme director Sam Scimemi said: "HoloLens and other virtual and mixed-reality devices are cutting-edge technologies that could help drive future exploration and provide new capabilities to the men and women conducting critical science on the ISS.

"This new technology could also empower future explorers requiring greater autonomy on the journey to Mars."

The partners have tested Sidekick and HoloLens aboard Nasa’s Weightless Wonder C9 aircraft, to ensure their functionality in the microgravity environment of the station.

"This new technology could also empower future explorers requiring greater autonomy on the journey to Mars."

Nasa plans to send a pair of the devices to the ISS as part of the seventh commercial resupply mission, which is planned to be conducted by SpaceX on 28 June. Astronauts are expected to be using Sidekick by the end of the year.

The space station crew will test and verify the software and hardware functionality of the latest devices in a standalone mode. They will trial Sidekick’s operability with network connectivity on a second set of devices, to be delivered on a future mission.

In addition, Sidekick will be evaluated by the Nasa Extreme Environment Mission Operations (NEEMO) 20 expedition, which is set to begin in July.

The NEEMO crew will live in the undersea research station for two weeks evaluating tools and techniques that could be used for future deep space missions.

The Sidekick project is part of a Nasa and Microsoft partnership to explore applications of holographic computing in space exploration. Earlier this year, the team collaborated to develop OnSight software, which would allow scientists to work virtually on Mars using the HoloLens technology.