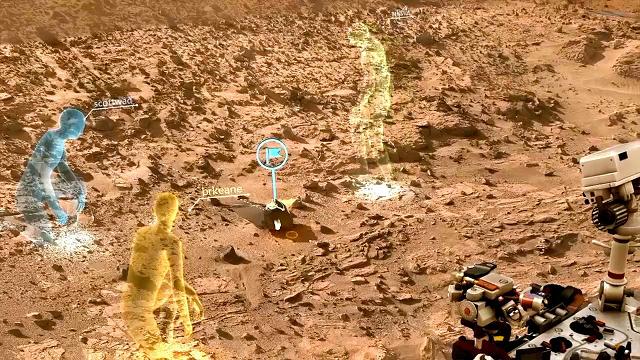 Nasa has partnered with tech giant Microsoft to develop a new software, OnSight, to work virtually on Mars with the Curiosity rover.

The tool creates a 3D simulation of the Martian environment, which will allow scientists to examine the rocky surface on the red planet, as well as plan activities for rover’s science instruments using gestures to select menu commands.

The Curiosity mission team has developed a wearable device called Microsoft HoloLens, which provides scientists with a view of Martian field site.

"It fundamentally changes our perception of Mars, and how we understand the Mars environment surrounding the rover."

"It fundamentally changes our perception of Mars, and how we understand the Mars environment surrounding the rover."

Nasa JPL OnSight project manager Jeff Norris said: "We believe OnSight will enhance the ways in which we explore Mars and share that journey of exploration with the world.

"This tool gives them the ability to explore the rover’s surroundings much as an Earth geologist would do field work here on our planet."