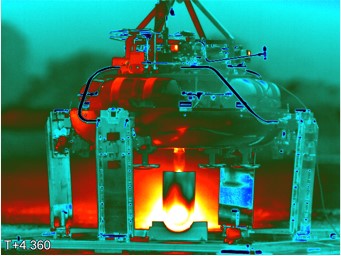 Moon Express is preparing to carry out test flights of its upgraded lunar lander test vehicle, MTV-1A, at Nasa’s Kennedy Space Center in Florida, US later this month.

The company completed a series of initial flights of its MTV-1X vehicle in December 2014. MTV-1A is an upgraded version of the MTV-1X spacecraft, designed to land on the Moon.

Using flight software hardware components, MTV-1A will demonstrate the capabilities of its propulsion and avionics systems.

The flight tests will be being carried out at the Kennedy Space Center’s ‘Moonscape’ test range in the Shuttle Landing Facility area.

"Using flight software hardware components, MTV-1A will demonstrate the capabilities of its propulsion and avionics systems."

The company is among private sector partners of Nasa’s Lunar CATALYST programme, which primarily works to advance commercial cargo transportation capabilities to the Moon.

Nasa Lunar CATALYST Moon Express partner manager Jason Adam said: "Moon Express is the first private company to build and operate a lander test vehicle at the Kennedy Space Center, and we look forward to working with them as they develop new US capabilities to land on the Moon."

The company plans to expand its lunar lander development operations to Cape Canaveral’s Space Launch Complex 36, and intends to launch an inaugural mission in late 2016.

The company’s first MX-1 lander spacecraft, which was unveiled in 2013, will deliver various scientific instruments and payloads to the Moon.

A series of robotic missions will be followed in search of valuable resources, the company said.