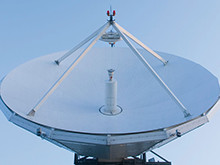 Under the deal, Futaris expects to invest in a new C-Band antenna for its Anchorage teleport, which will use the new-generation Eutelsat 115 West B satellite to provide services in the Alaska region.

People in both urban and rural areas of Alaska will be able to have access with internet, broadcast, VoIP, and disaster recovery/business continuity solutions from the antenna to be procured by Futaris.

Eutelsat’s 115 West B satellite is said to be the first all-electric satellite in the company’s global fleet.

The satellite is equipped with 24 C-band and 41 Ku-band equivalent transponders connected to services in areas such as Alaska, Canada, Mexico and South America.

"Anchorage will primarily serve the Alaskan and Pacific Northwest US market, while our Sedalia, Colorado, facilities will allow us to reach the Western US and the Gulf of Mexico, as well and central and South America.

"Both teleports are undergoing expansion to continue providing quality communications to our customers in the oil and gas, mining, energy, government, broadcast, tourism and communication sectors."

Futaris’ earth stations are developed with redundant fibre, power and RF infrastructure, which are helpful for commercial, government, and telco primary operations.

With the Eutelsat satellite, Futaris will be able to offer direct or mesh connectivity in a single leap between Alaska and South America.

The Eutelsat 115 West B started operations last October. It provides services to customers throughout America and also expanded Eutelsat’s coverage of the Americas to Alaska and Canada in the north, Easter Island in the west and to Patagonia in the south.