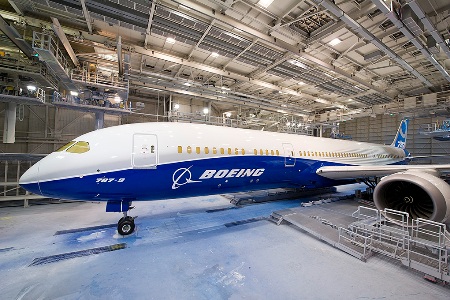 The US Federal Aviation Administration (FAA) has directed airlines to perform an immediate repair of the General Electric (GE) engines fitted on up to 150 Boeing 787 Dreamliner aircraft, in orfer to prevent engine failure in icy environments.

FAA stated that it was asking to modify certain models of GE’s engine to avoid fan blades from rubbing against the engine casing, which could lead to damage and potential, in-flight, non-restartable power loss of one or both engines of the aircraft.

According to a GE spokesman, the FAA directive has come after a recent report, which mentioned that such rubbing caused vibrations, forcing the pilot to shut down the engine.

He further stated that ice that entered the engine during flight led the fan blades to shift forward slightly where they got in touch with the casing, reports Reuters.

Boeing and GE have already released advice on fixing the problem and nearly 40 engines have been modified so far.

GE noted that the modification requires around 16h and includes crushing down the engine casing by nearly one-tenth of an inch to make additional room for the fan blades.

"We expect almost immeasurable performance impact on the GEnx engines from this action."

GE spokesman Rick Kennedy was quoted by Reuters as saying: "Because the shaving occurs in front of the fan blades, we expect almost immeasurable performance impact on the GEnx engines from this action."

In a recent airworthiness directive, FAA has urged airlines to undergo modifications of at least one of the two affected 787 Dreamliners engines by October.

The mandate is valid to GEnx-1B engines with Performance Improvement Package 2.

FAA also directed Boeing to revise the 787 flight manual to add procedures for ice removal within seven days of the order, which takes effect on 9 May.

However, GE mentioned that the latest issue is not associated with an icing threat that erupted in November 2013 and led Boeing to restrict airlines from flying near high-altitude thunderstorms.

The latest FAA directive also requires special notices to be issued to pilots within a week, alerting them about updated operating procedures to deal with possible low-altitude icing problems, reports The Wall Street Journal.

Image: Boeing and GE have released advice on fixing the problem and nearly 40 engines have been modified till date. Photo: courtesy of Boeing.