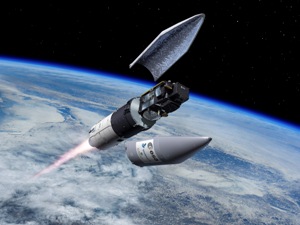 The European Space Agency (ESA) is set to launch the third satellite of Europe’s earth observation Copernicus programme, Sentinel-3, into space from the launch pad of Plesetsk Cosmodrome in northern Russia on 16 February.

The Sentinel-3 satellite will join a fleet of satellites, which are designed to provide data and images for the European Commission’s Copernicus programme that aims to deliver near real-time updates on the environment.

Sentinel-3 will carry a set of instruments for measuring the oceans, land and ice of the Earth, as well as the atmosphere to observe and identify major global phenomena.

In order to provide updates on the Earth’s oceans, Sentinel-3 will assess the temperature, colour and height of the sea surface and the thickness of sea ice.

Outputs of the assessment will be used for purposes, including monitoring changes in sea level, marine pollution and biological productivity.

"In order to provide updates on the Earth’s oceans, Sentinel-3 will assess the temperature, colour and height of the sea surface and the thickness of sea ice."

The satellite will also provide inputs on wildfires, mapping the way land is used, monitor vegetation as well measure the height of rivers and lakes, adding weight to high-resolution measurements of its sister mission, Sentinel-2.

Sentinel-3 is designed on a two identical satellites, which are Sentinel-3A and 3B.

Satellites required for the mission were designed and built by a consortium of 100 companies led by France-based Thales Alenia Space.

The first satellite of the Copernicus programme, Sentinel-1A, a radar imaging satellite, was launched in 2014.