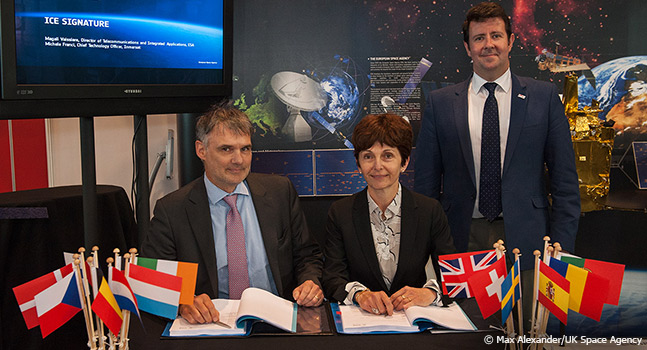 The ESA and Inmarsat have partnered to develop new space-based technologies that will facilitate the next-generation of communications services.

The public-private-partnership (PPP) agreement will support Inmarsat Communications Evolution (ICE) programme, which is designed to accelerate mobile satellite services and create a platform with standardised interfaces to support the development of new products and services.

Inmarsat will carry out a nine-month feasibility study to identify space and ground enabling technologies. It will initially receive funding of €4.2m.

"The study will also include the evaluation of ways to create low-cost terminals, modular components and value-added connected applications."

The scope of the study will also include the evaluation of ways to create low-cost terminals, modular components and value-added connected applications.

Inmarsat chief technology officer Michele Franci said: "While the initial study is a relatively small-scale project, it represents an ambitious goal, to extend the benefits of satellite communications to a broader customer base and to significantly increase the range of services and applications available, from connected transport systems to the monitoring of national and international energy infrastructures, to name just a few."

Earlier this week, ESA and Inmarsat started work on the Iris precursor project, which has recently completed its design phase.

The project will be initially implemented in Europe with potential expansion to North America, Asia Pacific and other regions.