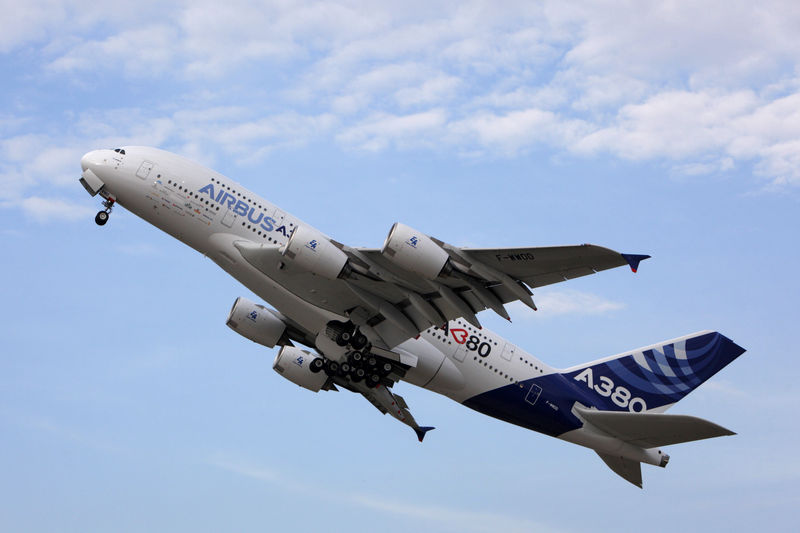 The European Aviation Safety Agency (EASA) has issued an Airworthiness Directive (AD) relating to one third of the current Airbus 380 fleet following reported cracks inside the wings of the jetliner.

EASA said in the AD that the "new form of rib foot cracking, originating from the forward and aft edges of the vertical web of the rib feet" is more significant than the original rib foot hole cracking.

"It has been determined that the Type 2 cracks may develop on other aircraft after a period of time in service," EASA said. "This condition, if not detected and corrected, could potentially affect the structural integrity of the aeroplane."

EASA acted after European plane-maker Airbus disclosed two sets of cracks on its A380s just two weeks apart, and barely four years after the 525-seat double-decker passenger jet entered service. The directive issued by EASA requires inspection within four days of 20 A380s that have least 1,800 take-offs and landings that impose the most strain on an airframe.

The 20 A380s are operated by Singapore Airlines, Emirates Airline and Air France-KLM, while other carriers include China Southern Airlines, Lufthansa, and Korean Air. Planes with 1,300-1,799 take-offs and landings need to be inspected within six weeks, while new aircraft could wait until a four-year mandated maintenance check for the parts inspection.

Airbus CEO Tom Enders told CNN that the company is "not proud" about the discovery of the cracks, but insisted the A380 was safe to fly.

"This is to a certain extent embarrassing, yes, but we will do everything to make sure safety is not compromised and repair damaged rib feet for the customers."

The cracks on the A380 wing components were first detected last October on a superjumbo operated by Qantas Airlines, 14 months after a Rolls-Royce engine blowout on a Qantas A380 led to an emergency landing in November 2010. The A380 has been developed at an estimated cost of €12bn in the UK, France, Germany and Spain; it has a wingspan of 79.8m and can accommodate 70 cars.

Image: EASA has issued an AD on 20 A380 aircraft following cracks found inside the wings. Photo: Airbus.